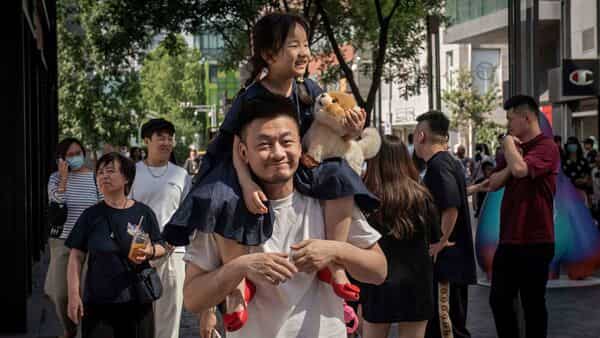 In a historic demographic shift, China’s population has declined for the first time in 60 years. According to the latest population data released by China’s government, the world’s most populous nation saw its population shrink by 850,000 people. Mint breaks down the implications of this change:

Experts believe that China is now on an irreversible path to rapid ageing and population decline. By 2035, a third of the population will be above the age of 60. With the population and working age labour force set to decline, there are serious consequences for China’s growth prospects.

How growth stories of India and China stack up

Big deal is what matters for Cognizant CEO Kumar

The history of capital gains tax in India

China’s demographic problem has its roots in the Chinese government’s 1980 decision to institute the One Child policy. While it was aimed at reducing the country’s population burden, it also ensured birth rates fell below 2.1 births per woman, which is the fertility rate needed to ensure that population levels remain stable.

China’s massive pool of young, cheap labour proved a key asset during the country’s economic boom over the last three decades. However, as this generation of workers began to age, there were fewer young people to replace them in the workforce.

China’s population is expected to shrink by 109 million by 2050. Fewer young workers and an increase in older retirees will reduce the productive potential of the economy and will place substantial strains on social infrastructure as retirees will need pensions and healthcare.

Beijing, well aware of the scale of the crisis, reversed the One Child policy in 2016. However, a rising cost of living and increasing female participation in the workforce among other factors limit most young couples to having just one child.

This demographic crisis will have serious consequences for the world given China’s centrality in global supply chains, particularly as a manufacturing power. A decline in the country’s productive workforce will send ripples throughout the global economy.

China’s foreign policy may also see changes. A country that must spend staggering sums on old-age care and health even as tax revenues decline will find it difficult to also spend vast sums on its military ambitions globally.

The decline in China’s population will also contribute to India overtaking China to become the world’s most populous nation this year, according to the UN’s estimates.

Druckenmiller sees US falling into recession next year

Ethiopia expels U.N. officials amid signs of famine in the Tigray region

News - September 30, 2021 0
The order came after the United Nations blamed the worsening humanitarian crisis in Tigray on Ethiopia’s government and urged it to step up aid...

If Russia takes Mariupol, forces could be freed to fight in east: Pentagon update...

News - April 18, 2022 0
The Pentagon has been providing daily updates on the U.S. assessment of the Russian invasion of Ukraine and Ukraine's efforts to resist.Here are highlights...
© 2022 Venture Current is a Flag Media LLC Publication. All Rights Reserved.
VC is part of the FLAG Token rewards network. Clients and partners can use FLAG Tokens for VC products and services.
VC runs 'Automatic' software. Stories posted here come from generic-topic Google news RSS feeds as well as client and partner-approved content.
If a story appears on this page that needs to be deleted due to licensing issues, please message us immediately so we can help you.