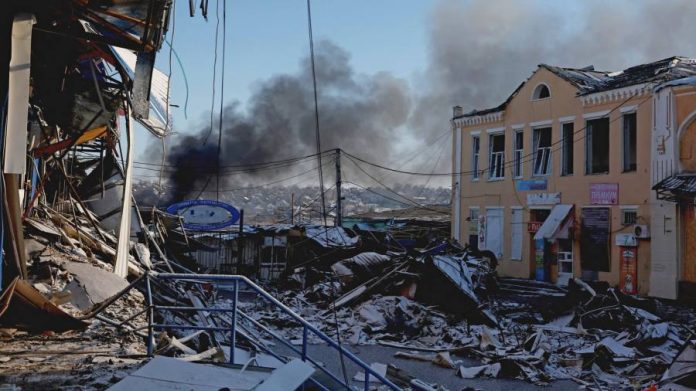 Russia’s 36-hour unilateral pause in fighting ended at midnight on Saturday. However, Ukraine said Moscow had not observed the ceasefire, which was framed by supporters of Russian president Vladimir Putin as an effort to respect Orthodox Christmas, which falls on January 7.

Ukrainian and western officials dismissed the ceasefire as a Russian propaganda ploy to allow its forces to regroup after a series of battlefield setbacks.

“The world was once again able to see today how false the words that come from Moscow are,” Ukraine’s president Volodymyr Zelenskyy said in his regular evening address on Saturday. “They said something there about an alleged ceasefire . . . But the reality is that Russian rounds hit Bakhmut and other Ukrainian positions again.”

Russia’s defence ministry said on Saturday that its forces were observing the ceasefire. But Ukraine’s general staff said on Sunday that Russian troops had launched attacks along the front line throughout the weekend, including around the hotly contested city of Bakhmut.

Russian military bloggers claimed that Russian forces had gained territory around the nearby town of Soledar, which would make it difficult for Ukraine to hold Bakhmut. A Ukrainian retreat there would represent Moscow’s first military success after a series of Ukrainian counteroffensives pushed back Russian forces in the north-east and south of the country last summer.

In the north-east, Russian air strikes that took place minutes after midnight on Sunday morning killed a 50-year-old man in the Kharkiv region, regional governor Oleh Sinehubov said on the Telegram messaging app.

The war, which is now in its 11th month, has killed tens of thousands of people on both sides, displaced millions of Ukrainians, turned cities to rubble and been cast by the Kremlin as a holy war.

Patriarch Kirill, the head of the Russian Orthodox church and a strong supporter of Putin’s decision to invade Ukraine, led a Christmas service in Moscow and issued a televised message that offered prayers for those killed in the fighting.

“Everything is being done in Ukraine to make Russia look like an enemy in the eyes of Ukrainians,” Kirill said. 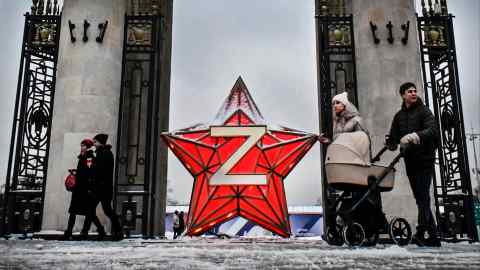 In Kyiv, the head of Ukraine’s main Orthodox church, Metropolitan Epifaniy, marked the January 7 Christmas holiday with a service at the Monastery of the Caves, one of Orthodoxy’s most important sites.

The monastery had long been used by a Russian-affiliated Orthodox church in Ukraine but the Ukrainian government said its lease expired at the end of last year and so handed it to the independent Orthodox Church of Ukraine.

“It’s very important that sincere prayer for Ukraine was heard today, and will continue to be heard [in the monastery]”, Zelenskyy said on Saturday. “This day has . . . become historic for Ukraine, for the spiritual independence of our people.”

News - September 16, 2022 0
But it's not the only potential catalyst for another market sell-off, as uncertainty continues to dominate.What's happening: Active investors have had a tough year...

News - October 20, 2021 0
Joe Biden has stepped up his efforts to sell his flagship $3.5tn spending bill to voters amid concerns that the White House has muddled...

News - June 19, 2022 0
The UK has nearly 5mn houses with more than three choices of ultrafast fibre-optic broadband, while 10mn homes do not have a single option,...

News - October 6, 2022 0
UK businesses expect to raise their prices at the fastest pace since records began to offset higher wage costs driven by a tight labour...

UK must ‘come clean’ on cost of nuclear to consumers, says infrastructure chief

News - May 23, 2022 0
The British government should “come clean” with consumers over the impact new nuclear plants will have on their energy bills, the infrastructure chief has...
© 2022 Venture Current is a Flag Media LLC Publication. All Rights Reserved.
VC is part of the FLAG Token rewards network. Clients and partners can use FLAG Tokens for VC products and services.
VC runs 'Automatic' software. Stories posted here come from generic-topic Google news RSS feeds as well as client and partner-approved content.
If a story appears on this page that needs to be deleted due to licensing issues, please message us immediately so we can help you.