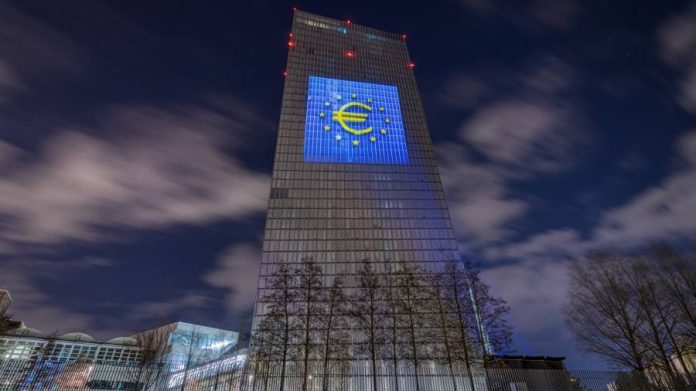 Shortly after the last paroxysm of the eurozone debt crisis — Greece’s brush with rupture from the single currency in summer 2015 — a colleague wagered that within a decade, the euro would have lost at least one member. So far, it has been the exact opposite: the monetary union has just gained a member, with Croatia’s accession at the start of the new year.

That power of attraction is not a one-off. Remember that during the rockiest years for the monetary union, one Baltic state after another went ahead and joined. And next-in-line Bulgaria will no doubt be allowed to adopt the euro soon. (A number of smaller, poorer European jurisdictions also use the euro either through unilateral adoption or as the result of informal private-sector euroisation.)

One could say there is nothing to see here — that it would be surprising if small open economies did not want to share in the monetary policymaking of the currency that dominated their trade relationship. But so entrenched is the view that the euro in its current form is doomed to failure — especially among Anglo-American economists — that some reflection on its latest expansion is timely. For the old misgivings are becoming increasingly unpersuasive, while changes under way in how money works speak to the euro’s advantage.

In recent years it has — or should have — become increasingly clear that monetary “independence” in the sense of having one’s own floating currency is not all it is cracked up to be. The advantage is supposed to be that a falling currency can offset negative shocks by boosting exports. As the 2016 drop in sterling after Britain’s EU referendum demonstrated, however, in a world of long and complex cross-border supply chains, a depreciation may only make your population poorer by driving up the price of imports, with no boost to export volumes.

The advantages of monetary integration, meanwhile, are highlighted by Europe’s energy price crisis. Take Slovakia. Yes, it has to contend with similarly high inflation to its non-euro neighbours. But it does so while enjoying a much lower interest rate (the European Central Bank’s 2.5 per cent) than the Czech Republic and Poland, where borrowing costs are nearly three times higher, or Hungary’s 13 per cent.

Size matters in a global economy whose rhythm is still set by the US financial cycle, and it is only the monetary unity of the euro economies that affords the ECB a degree of independence from the US Federal Reserve.

Second, the vulnerabilities that emerged during the eurozone crisis are now easier to see as the sort of crises that can afflict anyone, including economies with independent floating currencies, rather than a sui generis weakness in the euro.

Italy remains the country where doomsayers think the combination of high debt and low growth must eventually cause the euro’s demise. Last summer, however, it was not Italy, but the UK’s new populist government that badly rattled markets with irresponsible policymaking. Eventually, the Bank of England had to intervene to contain sovereign yields.

While the ECB may still be tested in this regard, it has an advantage in being more independent from its political masters than any national central bank. If anything, the BoE has greater reason to fear accusations of monetary financing — which it has been palpably anxious to rebut — and which complicated its messaging when it switched from selling gilts to buying them in the autumn market panic. The ECB, by contrast, set up a permanent instrument to deal with similar occurrences last summer, to little controversy.

All this suggests that the euro is going to become more, not less attractive over time. The appeal of different currencies will be further transformed by how they manage the next big leap in central banking: the introduction of an official digital currency. So far, only marginal economies such as the Bahamas and Nigeria have gone all the way — though China is clearly readying its capability to scale up the digital renminbi it has been trialling.

Among rich economies, however, the ECB has quickly moved into the lead. Finance ministers swung defensively behind the digital euro after a move by Facebook in 2019 to create a private global digital payment system. But their support is now enhanced by the business opportunities looming in an economy with safe “programmable” money.

Officially, a digital euro is only in the exploration stage. But politically it has reached a point of no return. After Croatia, future entrants to the monetary union will enjoy having a cutting edge digital currency thrown into the bargain.

News - January 5, 2022 0
Hardly a day goes by without at least one story involving the major platforms of the current web2 internet era — Facebook, TikTok, Google,...

News - June 14, 2022 0
Hong Kong’s fund managers have called on the government to reopen the city’s borders and warned of a “permanent” loss of talent even as...

News - January 1, 2022 0
The UK’s drive to decarbonise the energy sector faces a big test within weeks when a minister rules on whether two wind farms off...

Apple’s next big product is an entire ‘Reality’ ecosystem

News - August 30, 2022 0
There have been rumors for a long time that Apple will introduce its own mixed reality headset that will allow users to interact with...

News - October 4, 2022 0
When world chess champion Magnus Carlsen last month suggested that American grandmaster Hans Moke Niemann was a cheater, the 19-year-old Niemann launched an impassioned...
© 2022 Venture Current is a Flag Media LLC Publication. All Rights Reserved.
VC is part of the FLAG Token rewards network. Clients and partners can use FLAG Tokens for VC products and services.
VC runs 'Automatic' software. Stories posted here come from generic-topic Google news RSS feeds as well as client and partner-approved content.
If a story appears on this page that needs to be deleted due to licensing issues, please message us immediately so we can help you.