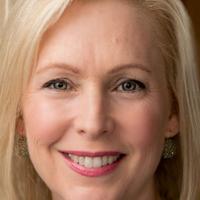 There is more home energy assistance money for New Yorkers who are eligible for it this winter, thanks to a federal funding package, Sen. Kirsten Gillibrand, D-N.Y., said this week.

“Here in New York, we have some of the highest average annual energy costs compared to other states. With the high prices on everything from groceries to fuel, utility companies have warned in recent months that home heating bills will rise faster than overall inflation,” Gillibrand said Wednesday.

“But, going without utilities, especially heat, during a blizzard is simply not an option, which means that some other people have no other choice than to pay exorbitant prices,” she said in a Zoom conference with the media. “Others are forced to choose between paying for essential food and medicine and keeping their home warm and safe.”

The Low-Income Home Energy Assistance Program (LIHEAP) helps to offset the costs of heating for families in New York and nationally, Gillibrand said. She noted that last year, over 1 million households in New York received this assistance.

This winter, costs are projected to increase; for natural gas, by 27%, and electricity by 10% compared to last winter, the senator said.

“More funding is still needed to account for rising prices,” she said. I fought to secure increased funding for LIHEAP in this year’s government funding bill. Today I’m happy to report that because of this work, the bipartisan funding package included $5 billion in federal home energy assistance. This is a tremendous victory for families and low-income New Yorkers across our state.”

The senator said that earlier this month, New York state was awarded about $412.4 million, including $342 million in regular LIHEAP block grant funding, $63 million in emergency supplemental funding and $6 million in the infrastructure bill.

“I don’t think we have it broken down by region, but it means that more people who are eligible will now get access to LIHEAP,” she said. “A lot of people don’t know that they’re eligible, but raising this issue up, especially for the local not-for-profits, they can help people apply for it and then get their heating assistance.”

According to the federal government benefits website, benefits.gov, to be eligible for LIHEAP, a person must be a resident of New York and must need financial assistance with home energy costs. Someone who participates or has family members who participate in certain other benefit programs, such as SNAP, SSI, TANF, automatically meets the eligibility requirement. You must also have an annual household income (before taxes) that is below certain income limits. The annual household income limits, before taxes, are: one person, $32,752; two people, $42,829; three, $52,906; four, $62,984; five, $73,061; six, $83,138; seven, $85,028; and eight, $86,917.

“You apply by going to mybenefits.ny.gov and then that will give the local HEAP (Home Energy Assistance Program) district contact to tell you how to apply,” she said.

Starting in January, households can apply for HEAP emergency benefit in-person or in writing, through their HEAP local district contact. Gillibrand said those who can’t find that information can email her office at casework@gillibrand.senate.gov and they’ll get help applying for HEAP money.

Earlier Wednesday, Gillibrand had said the her legislation, the SNAP (Supplemental Nutrition Assistance Program) Theft Protection Act, is included in the end-of-year omnibus funding package for Fiscal Year (FY) 2023. This year, thousands of SNAP beneficiaries have had their benefits stolen through identity theft and skimming scams, she said.

“The food stamp skimming bill was something we fought for because apparently there are criminal networks worldwide that have been skimming off of people’s food stamps. When you go to use it and you put in your PIN number … it might be some virus or some code in the actual machine that steals your PIN number and then they can access all your food stamps and they take the rest of the money,” she said. “This bill will now allow people to get their food stamps back for the part that’s stolen, but also gives tools to the FBI and law enforcement to go after these criminal networks.”

As an Amazon Associate I earn from qualifying purchases.

News - October 24, 2021 0
Ethiopia has carried out two airstrikes in Tigray as the government intensifies a nearly week-old campaign of aerial bombardment against the rebellious forces who...

News - November 11, 2022 0
© 2022 Venture Current is a Flag Media LLC Publication. All Rights Reserved.
VC is part of the FLAG Token rewards network. Clients and partners can use FLAG Tokens for VC products and services.
VC runs 'Automatic' software. Stories posted here come from generic-topic Google news RSS feeds as well as client and partner-approved content.
If a story appears on this page that needs to be deleted due to licensing issues, please message us immediately so we can help you.