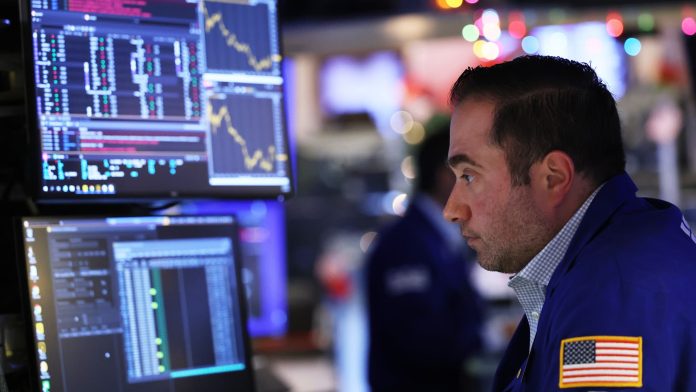 Wall Street strategists expect this year to end on a much better note than 2022 — but they still warn that the path ahead looks volatile. Jeff Kleintop, chief global investment strategist at Charles Schwab, for instance, expects 2023 to be a “positive year” for investors, although he says the early months will be accompanied by “a lot of volatility” given concerns over the path of interest rates, recession, and China’s reopening. However, Morgan Stanley’s Andrew Slimmon said he believes stocks are going to do “far better” than most expect. “I’m not so sure about the second half of this year but I think the surprise is going to be that the stock market is going to do better earlier this year than what was almost universally predicted by many of the strategists on the sell side,” Slimmon, senior portfolio manager at Morgan Stanley Investment Management, told CNBC’s ” Squawk Box Asia ” on Friday. Stock picks The investment veteran named two stocks he expects to do well. Within China, he likes Alibaba — a stock he described as “cheap.” Slimmon also likes Pool Corp , a Louisiana-based company that sells swimming pool supplies. He said the company generates about 80% of its revenue from cleaning agents used in pools and will benefit as homebuilding activity rises in the United States. “The stock has been absolutely crushed for the same reason the homebuilders did in the second half of last year. So as the homebuilders rally, I think they will pull Pool Corp and other similar companies with them,” he said. Fed pivot in the works His relatively positive read on the economy is a big reason for his optimism about the market. “I think the stock market is telling you that inflation is coming down and the economy can withstand it,” he said, adding that he believes the Fed will soon dial back its aggressive interest rate hikes. The Federal Open Market Committee — the Fed’s monetary policymaking body responsible for interest rate decisions — raised interest rates seven times in 2022, for a total of 4.25 percentage points, and has indicated that more increases likely are on the way this year. But Slimmon said he believes the bond market is signaling that the U.S. Federal Reserve will pivot “sooner than it expects.” “Last year, the two-year [U.S. Treasury] told us that the Fed was going to be wrong, that inflation wasn’t transitory, and now the two-year is telling us the Fed is going to be wrong again, they’re going to be able to pivot sooner than they expect,” he said. As for earnings, Slimmon said he doesn’t think those in the first quarter are going to be “nearly as bad as what many people predicted.” — CNBC’s Patti Domm contributed to this report

News - May 19, 2022 0
A Belgian court has overturned a decision to liquidate under-fire metal tycoon Sanjeev Gupta’s operations in the country, paving the way for the plants...

AstraZeneca Covid vaccine co-creator warns next pandemic could be worse

News - December 6, 2021 0
LONDON — One of the scientists behind the Oxford-AstraZeneca Covid-19 vaccine on Monday warned that the next pandemic could be even more deadly than...

News - February 14, 2022 0
Oil prices rose to a fresh seven-year high and European and Asian equities fell on Monday after US officials warned a Russian attack on...

News - October 24, 2021 0
Evergrande, the Chinese property developer battling high debt, said it had resumed work on a handful of projects across the Pearl River Delta in...
© 2022 Venture Current is a Flag Media LLC Publication. All Rights Reserved.
VC is part of the FLAG Token rewards network. Clients and partners can use FLAG Tokens for VC products and services.
VC runs 'Automatic' software. Stories posted here come from generic-topic Google news RSS feeds as well as client and partner-approved content.
If a story appears on this page that needs to be deleted due to licensing issues, please message us immediately so we can help you.