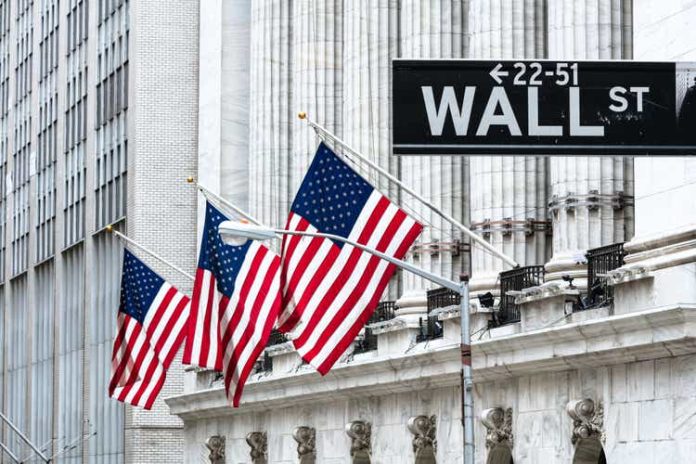 U.S. stocks on Tuesday took a breather after a two-day rally, with earnings from major companies starting to roll in. Market participants also digested economic data on manufacturing.

The New York Stock Exchange saw an unusual number of halts at the open, including major stocks such as Morgan Stanley (MS), McDonald’s (MCD) and Altria (MO). Most have since resumed trading.

Of the 11 S&P sectors, six were trading in the red, led by Health Care and Energy. Industrials and Real Estate topped the gainers.

All three major averages had posted solid gains on Friday and continued that advance in Monday’s session, rebounding from a spate of losses last week spurred by economic data that sparked slowdown worries.

“Risk assets got the week off to a very strong start yesterday, with the S&P 500 (+1.19%) at a 7-week high as investors awaited a raft of earnings reports over the coming days,” Deutsche Bank’s Henry Allen said.

“However, just as equities were surging to fresh highs for 2023, there were also growing concerns about a potential US recession, with the Conference Board’s leading index for December falling by a larger-than-expected -1.0% (vs. -0.7% expected). So that’s a further negative signal after last week’s downbeat releases on retail sales and industrial production, and one that will increase the focus on today’s flash PMIs for January,” Allen added.

On Tuesday, the S&P Global Composite PMI reading for January showed a contraction in U.S. business activity for a seventh straight month, though at a more moderate pace. Meanwhile, the January Richmond Fed manufacturing survey came in at -11 versus an expected figure of -5.

Earnings news took most of the spotlight on Tuesday.

Verizon (VZ) gained after reporting in-line earnings and beating on revenue. Johnson & Johnson (JNJ), on the other hand, retreated after its quarterly revenue was hit by unfavorable foreign exchange.

Shares of GE (GE) were largely unchanged. The one-time mega-conglomerate reported a rise in profit, helped by demand for jet engines and power equipment.

“It is too early in earnings season to draw conclusions about the state of the economy,” David Bahnsen, CIO at The Bahnsen Group, wrote. “Revenue guidance that companies issue for 2023 is a key indicator about the health of the economy, as it tells you exactly how well the business is doing, which is a more important metric than earnings guidance, which tells you about how well the company manages costs.”

“If the market bottomed on October 12, 2022, it will be one of the highest valuation troughs in history, as the S&P 500 was trading at about 17x earnings at that time, and bear market bottom multiples are historically much lower than that.”

Investors will be looking ahead to Microsoft’s (MSFT) quarterly report after the bell. Chipmaker Texas Instruments (TXN) is also on tap.

News - March 24, 2022 0
Everton Football Club owner Farhad Moshiri holds the largest stake in Liverpool’s Royal Liver Building, which was put up for sale days after a...

A US$2 trillion free-fall rattles crypto to the core

UK public borrowing falls as economy bounces back from pandemic

News - May 24, 2022 0
UK public sector borrowing dropped more than expected last month and was lower than previously estimated for the latest fiscal year, giving the chancellor...

News - October 31, 2022 0
China's factory activity declined in October, official data showed Monday. Pictured here on Oct. 27, 2022, in Jiangsu province is an aluminum products company.Vcg...
© 2022 Venture Current is a Flag Media LLC Publication. All Rights Reserved.
VC is part of the FLAG Token rewards network. Clients and partners can use FLAG Tokens for VC products and services.
VC runs 'Automatic' software. Stories posted here come from generic-topic Google news RSS feeds as well as client and partner-approved content.
If a story appears on this page that needs to be deleted due to licensing issues, please message us immediately so we can help you.