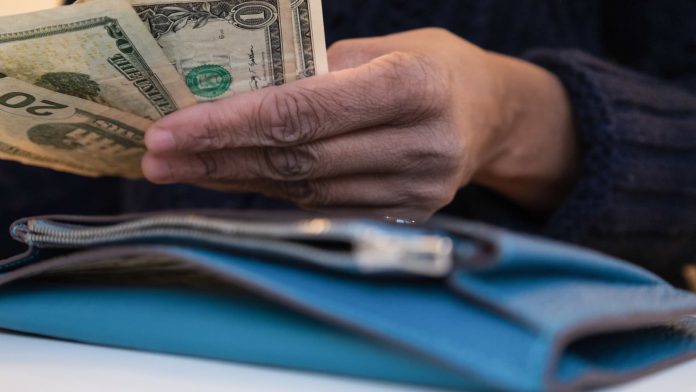 It will soon be easier for cash-strapped Americans to tap their retirement savings for emergency expenses.

The measures are tucked into “Secure 2.0,” a collection of retirement reforms attached to the overall legislative package, which will fund the federal government for the rest of the fiscal year through next September. The House and Senate passed the bill last week.

Current rules around hardship withdrawals allow workers to access their 401(k) savings plans before retirement for an “immediate and heavy” financial need. Workers may owe income tax on that withdrawal, and those under age 59½ generally owe a 10% tax penalty for early withdrawal.

More from Personal Finance:
Tax-free rollovers from 529 plans to Roth IRAs coming in 2024
Travel abroad is poised ‘for a big comeback’ in 2023
Don’t let these 3 credit myths cost you money next year

New rules let savers make one withdrawal of up to $1,000 a year for personal or family emergency expenses. The measure — which takes effect in 2024 and also applies to individual retirement accounts — waives the 10% tax penalty. Americans can self-certify in writing that they need the funds for an emergency.

The legislation also lets 401(k) savers self-certify they meet the condition for a typical hardship distribution — which is the case under current rules in some but not all 401(k) plans.

The measures will help Americans who are struggling and don’t have other cash stockpiles to support them in crisis, retirement experts said. But they said the rules also amount to another source of so-called “leakage” that run contrary to the overall goal of retirement savings: to build a nest egg for the future.

“I think it’s a theme you find in the [overall] retirement package: to allow retirement savings to be used for non-retirement purposes more easily,” said Steve Rosenthal, a senior fellow at the Urban-Brookings Tax Policy Center

“It’s such a departure from the original notion of offering [tax] benefits for retirement, to make sure you have sufficient assets to get through those [later] years,” Rosenthal added.

The share of retirement savers who withdrew money from a 401(k) plan to cover a financial hardship hit a record high in October, according to data from Vanguard Group.

That dynamic — when coupled with other factors like fast-rising credit card balances and a declining personal savings rate — suggests households are having a tougher time making ends meet amid persistently high inflation and need ready cash, according to financial experts.

Nearly 0.5% of workers participating in a 401(k) plan took a new “hardship distribution” in October, according to Vanguard, which tracks 5 million savers. That’s the largest share since Vanguard began tracking the data in 2004.

Put another way, roughly 25,000 workers took one of these distributions.

Meanwhile, savers have been dipping into their nest eggs via other means — loans and “non-hardship” distributions — in higher numbers throughout 2022, according to Vanguard data.

“We are starting to see signs of financial distress at the household level,” Fiona Greig, global head of investor research and policy at Vanguard, previously told CNBC.

That said, the overall monthly share of people taking a hardship withdrawal is relatively small and not indicative of the “typical” 401(k) saver, she added.

Nearly all 401(k) plans allow workers to take hardship withdrawals, but employers may vary in their rationale for allowing them.

More than half of plans let workers tap funds to “alleviate major financial pressures,” according to the Plan Sponsor Council of America, a trade group. But they more frequently allow withdrawals to cover medical expenses, housing (to buy a primary residence, or prevent eviction or foreclosure), funeral costs or loss due to natural disasters, for example.

Participants can also access 401(k) savings via loans or non-hardship withdrawals. The latter are for workers over age 59½, and sometimes for workers in other circumstances not related to financial hardship (for instance, rolling over assets to an IRA while working).

Non-hardship distributions also hit an all-time high in October — almost 0.9% of participants took one that month, according to Vanguard. And the share of workers taking 401(k) loans rose to 0.9% in October from 0.8% at the beginning of 2022.

Savers aren’t always prudent in their financial decision-making, and many times think of a 401(k) “more like a piggy bank,” he said.

The inflation rate has declined in recent months from its pandemic-era peak this summer but is still hovering near its highest level since the early 1980s. The prices consumers pay for a broad swath of goods and services — like groceries and rent — are still rising quickly. Wage growth hasn’t kept pace for the average person.

Meanwhile, federal pandemic-era financial supports have dwindled. A student loan payment pause — among the last vestiges of support — could end sometime next year. Many households have spent down at least some savings amassed from stimulus checks and enhanced unemployment benefits. The personal savings rate has been trending downward; in October, the rate hit a pandemic-era low of 2.2%, though increased slightly to 2.4% in November.

Household debt soared at its fastest rate in 15 years in the third quarter. Debt delinquency in Q3 increased for nearly all types of household debt, though remains low by historical standards, according to the Federal Reserve Bank of New York.

In 2020, Congress authorized Covid-related withdrawals of up to $100,000 from 401(k) plans as part of the CARES Act. About 1% of participants took such withdrawals each month in 2020, and other types of withdrawals slightly declined during that time. Employees could self-certify for those coronavirus distributions — which lawmakers used as a rationale for loosening certification rules in new legislation.

“This is a logical step in light of the success of the coronavirus-related distribution self-certification rules and the current hardship regulations that already permit employees to self-certify that they do not have other funds available to address a hardship,” according to a Senate Finance Committee summary of retirement provisions.

Why tapping retirement savings early is a ‘terrible idea’

However, it’s generally “a terrible idea to take money out of your 401(k),” said Ted Jenkin, a certified financial planner and co-founder of oXYGen Financial, based in Atlanta.

Unlike a 401(k) loan, savers generally can’t pay themselves back when they take a hardship distribution — meaning the savings and its future investment earnings is permanently lost, unless workers can somehow make up for it later with higher savings rates. And many employers disallow workers from contributing to their 401(k) for six months after taking a hardship distribution.

There was an uptick in hardship distributions after Congress passed the Bipartisan Budget Act of 2018, which eased access, Greig said. The law erased the requirement that participants first take a 401(k) loan before being able to make a hardship withdrawal.

Households should weigh all their options for cash before resorting to tapping a 401(k) plan, said Jenkin, a member of CNBC’s Advisor Council.

For example, households without an emergency fund might be able to free up money for a relatively small short-term cash need by canceling or reducing membership plans, or by selling little-used or unneeded items on Facebook Marketplace or a garage sale, he said. A short-term loan or home equity line of credit would generally also be better than tapping a 401(k).

We are starting to see signs of financial distress at the household level.

global head of investor research and policy at Vanguard Group

Selling investments in a taxable investment account may also be a better option than raiding a retirement account or taking on debt, Greig said. While the stock market is down this year, investors may still be in the black when looking over the past two to three years, she said. They’d owe capital gains tax if they sell winning investments, though; even if they sell those investments for a loss, they can use those losses to derive a tax benefit via tax-loss harvesting.

Consumers should also examine the root cause of their financial need, especially if it isn’t due to a one-time, unexpected need, Jenkin said.

“Like a business, you have to ask yourself, do I have an income problem, an expense problem, or both?”

EXPLAINER: Why Social Security COLA will jump next year

How going Fast and furious can ruin your startup – TechCrunch

News - April 10, 2022 0
Welcome to my weekly fintech-focused column. I’ll be publishing this every Sunday, so in between posts, be sure to listen to the Equity podcast and hear Alex...

Canada election: What is your ‘ballot box’ issue?

News - September 11, 2021 0
In terms of the economy, although I liked what I heard from the Conservative plan, I have concerns especially with their approach to climate...

News - October 15, 2022 0
TOPEKA (KSNT) – Today is the first day that Kansas residents can renew benefits for health coverage through Medicare open enrollment. More than 540,000...
© 2022 Venture Current is a Flag Media LLC Publication. All Rights Reserved.
VC is part of the FLAG Token rewards network. Clients and partners can use FLAG Tokens for VC products and services.
VC runs 'Automatic' software. Stories posted here come from generic-topic Google news RSS feeds as well as client and partner-approved content.
If a story appears on this page that needs to be deleted due to licensing issues, please message us immediately so we can help you.