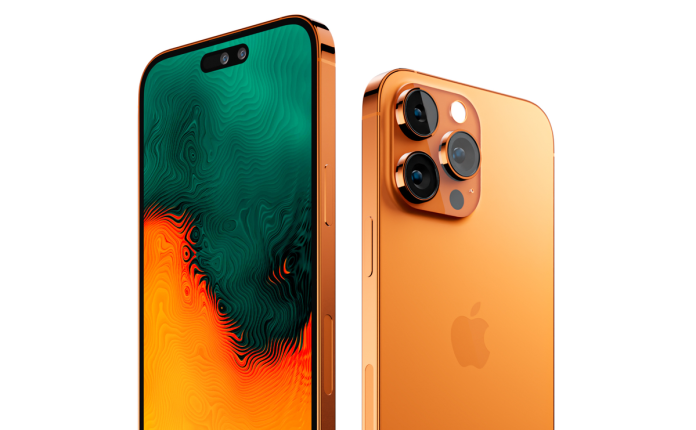 12/31 Update below. This post was originally published on December 29

In a blog post, historically reliable industry insider yeux1122 reveals that Apple’s internal analysis of underwhelming iPhone 14 and iPhone 14 Plus sales concluded that their decline is “far beyond the range predicted” — even allowing for ongoing component shortages caused by the pandemic. And as a result, Apple will aggressively price its successors.

“The biggest problem is the price,” the insider reports. This makes sense. The $899 iPhone 14 Plus costs just $100 less than the iPhone 14 Pro, despite having an inferior display, chipset, camera and older design. With most buyers spreading purchase costs over a two-year carrier contract, the reason to go Plus instead of Pro is minimal.

Yeux1122 says Apple has explored several options to counter this, including reducing the difference between iPhone 15 standard and Pro model features, but concluded that more aggressive pricing for standard models is the most likely strategy.

12/31 Update: Bad news for those hoping Apple’s potential price cuts for standard iPhone 15 models could see the return of the Mini form factor. Since yeux1122 revealed Apple’s “aggressive” pricing strategy, significant chatter has built around how the company would achieve that.

Slashing the iPhone 15 Plus price has a shockwave impact on the iPhone 15, iPhone 14 (which is likely to remain on sale) and even the entry-level iPhone SE. As such, the idea that Apple could simply scrap the Plus and launch an iPhone 15 Mini under the iPhone 15 makes a lot of sense. This would enable Apple to create a cheaper entry point to the range, widen the price gap to iPhone 15 Pro models and leave other prices unchanged.

However, AppleLeaksPro has shot down this strategy, stating, “As far as I’m concerned, there aren’t any plans to launch an iPhone 15 mini next year, in case you were wondering.”

If correct, this is a shame. Not everyone loves big phones, and what Apple achieved in the Mini form factor was remarkable. Surprisingly poor sales ultimately resulted in its cancellation, but market reports claim iPhone 14 Plus sales are even lower.

This could have opened the door for Apple to deliver three iPhone sizes again because those who did buy the Mini loved it. It is hard to make the same argument for the iPhone 14 Plus, where there are Apple and Android alternatives. That said, I suspect it is significantly easier to design a smartphone within a 6.7-inch form factor than a 5.7-inch one.

The obvious move would be to drop the iPhone 15 Plus by $100 to $799, forcing the iPhone 15 to drop to $699. This pushes the iPhone 14 (which would remain on sale) to $599. At that price, Apple risks cannibalizing the sales of the $429 iPhone SE, which explains reports last week that the company is considering canceling the 2023 iPhone SE altogether.

Interestingly, a new flagship, the iPhone 15 Ultra, is tipped to be even more expensive than the iPhone 14 Pro Max but yeux1122 also supports this, saying Apple will also drive differentiation between it and the iPhone 15 Pro. Yeux1122 cites material and camera differences, which tie in with reports of the Ultra sporting a titanium chassis and dual front cameras.

Ultimately, any talk of price cuts will come as a shock because it goes against multiple leaks saying Apple will increase, not decrease, most iPhone 15 prices. That said, yeux1122 has a successful history of leaking information that goes against the grain.

Notably, in March, the insider countered claims that the iPhone 14 would have slimmer bezels than the iPhone 13 — one week later, leaked schematics showed this. In August, yeux1122 said iPhone 14 prices would not increase, despite widespread reports, and Apple ultimately froze prices in its biggest markets. In September, the leaker also shared iPhone 14 Plus cases showing ‘iPhone 14 Max’ branding rumors up to that point were wrong.

So while the iPhone 15 Ultra may well end up being the most expensive iPhone ever, yeux1122’s information suggests buyers of standard iPhone 15 models will have more money left in their accounts than expected.

News - October 30, 2022 0
Call of Duty: Modern Warfare 2's campaign is a disappointment and while there's fun to be had in multiplayer, it's missing important features. Source

Sterling extends fall versus the dollar after BoE statement

News - May 20, 2022 0
“No matter what you may be selling, your business in China should be enormous, if the Chinese who should buy your goods would only...

‘Fortnite’ Is Shutting Down in China

News - November 2, 2021 0
A beta version of Epic Games’ popular “Fortnite” battle-royale game that launched in China three years ago is shutting down. In China, the game was...

News - August 8, 2021 0
(Bloomberg) -- Warren Buffett’s Berkshire Hathaway Inc. is reaping the benefits of the U.S. economic recovery.The conglomerate’s collection of manufacturers and retailers bounced back...
© 2022 Venture Current is a Flag Media LLC Publication. All Rights Reserved.
VC is part of the FLAG Token rewards network. Clients and partners can use FLAG Tokens for VC products and services.
VC runs 'Automatic' software. Stories posted here come from generic-topic Google news RSS feeds as well as client and partner-approved content.
If a story appears on this page that needs to be deleted due to licensing issues, please message us immediately so we can help you.