Good morning and welcome to our weekly digest of automotive news from around the globe, starting with…

Following the political attack video on Tesla’s Full Self-Driving software, several comparison tests have been uploaded to YouTube. The problem with some of these tests though, is that they appear to use real people, and in some cases, even children. Understandably this is a cause for concern, and the NHTSA has issued a a warning to the public not to test FSD Beta on real people — especially kids.

Dodge finally unveiled what could be the future of muscle cars — the all-electric Charger Daytona Concept. It features a new 800-volt powertrain dubbed “Banshee,” and is said to eclipse the Hemi, Hellcat, and Redeye combustion engines in terms of performance. The electric Charger uses a multi-speed electro-mechanical shifter to inject some involvement back into driving, while a push-to-pass PowerShot system offers sudden bursts of acceleration. While Dodge has not yet specified output figures, or whether the concept will make it to production, a roadgoing car will likely appear in 2024. 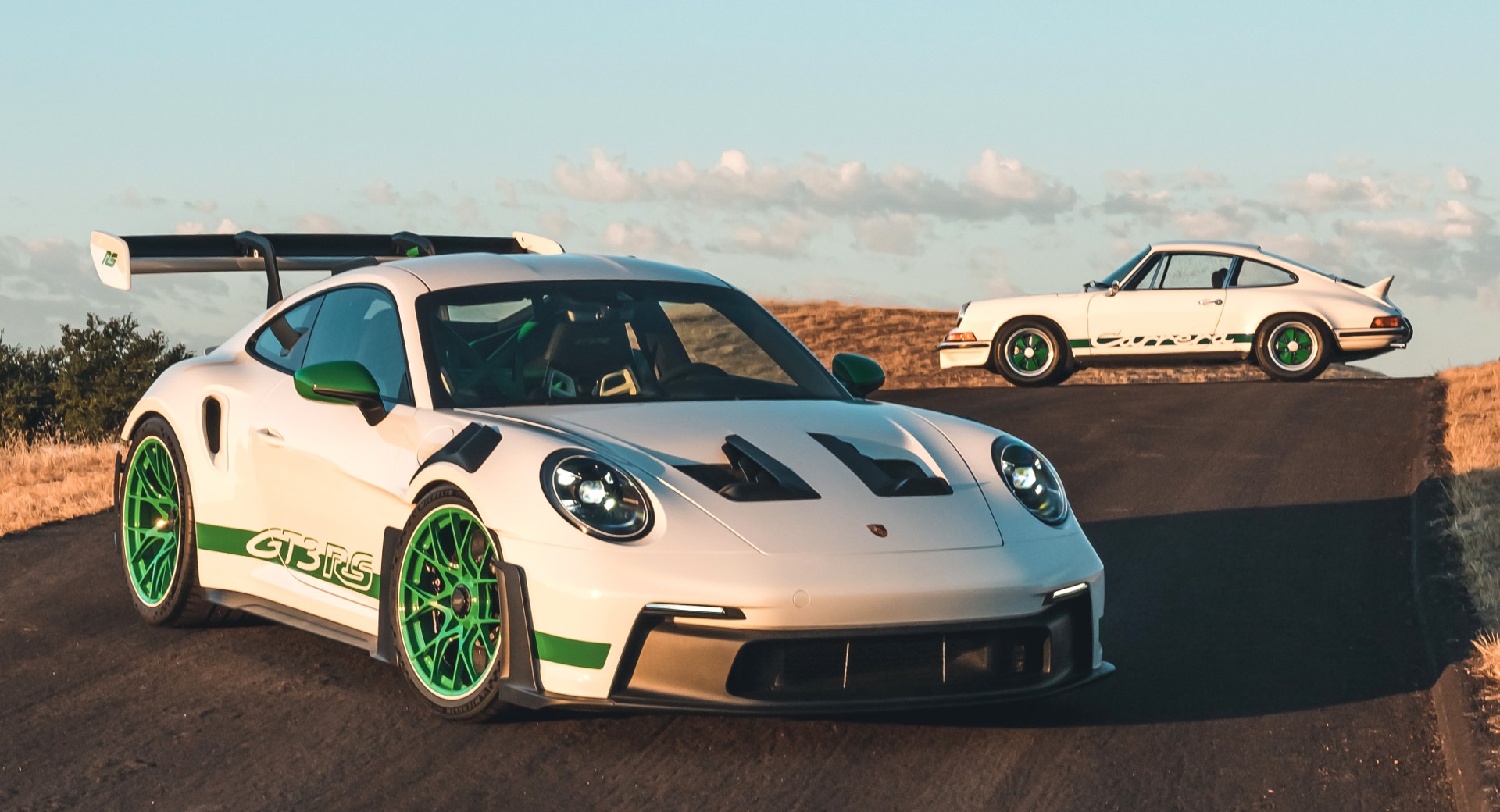 The new Porsche 911 GT3 RS has been unveiled at Monterey Car Week, and it turns the racecar-for-the-road theme up to 11. The new GT3 RS features a 4.0-liter flat-six with 518 hp (525 PS) mated to a seven-speed PDK box for a 0-60 mph (0-96 km/h) time of 3.2 seconds. Straight line performance aside, the GT3 RS is supposed to be a corner king, with lots of aero updates, including L-shaped vents on the hood, a two-deck rear spoiler, small winglets ahead of the front wheels, and a bigger pair of vertical fins behind them. Porsche says the RS creates a total of 902 lbs (409 kg) of downforce at 124 mph (200 km/h), twice that of its predecessor and three times that of the GT3. 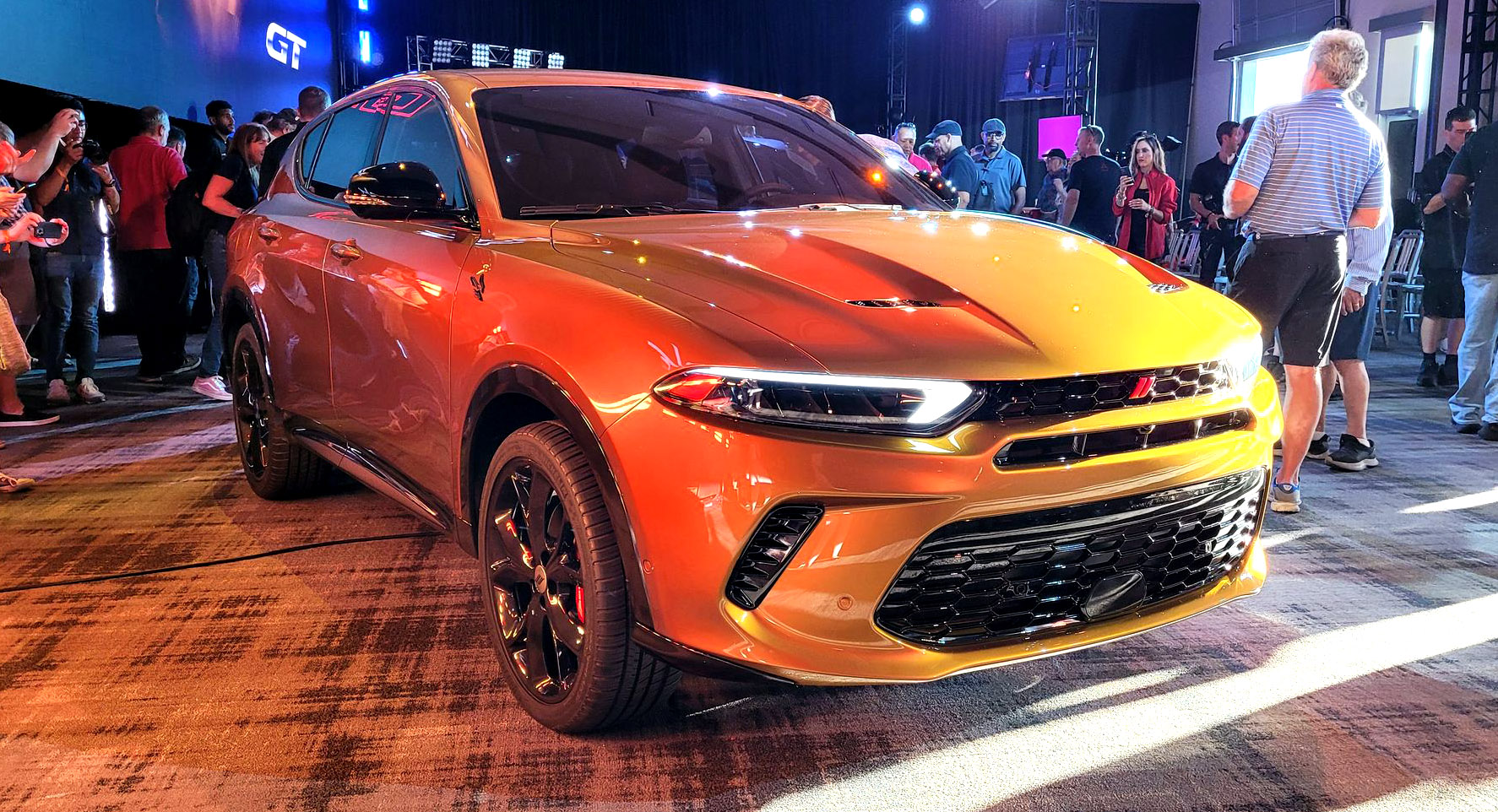 Dodge has unveiled its entry into the crowded compact segment, the new 2023 Hornet. Based on the Alfa Romeo Tonale, the Hornet will be the brand’s first-ever electrified model, too, in its top-end R/T guise, with a 1.3-liter turbocharged four-cylinder engine working alongside an electric motor at the back. The plug-in hybrid will feature a 15.5 kWh lithium-ion battery pack, offering an electric-only range of up to 30 miles (48 km). The pure-ICE Hornet GT will start at $29,995 before destination charges, while the PHEV R/T will be available from $39,995 before destination. 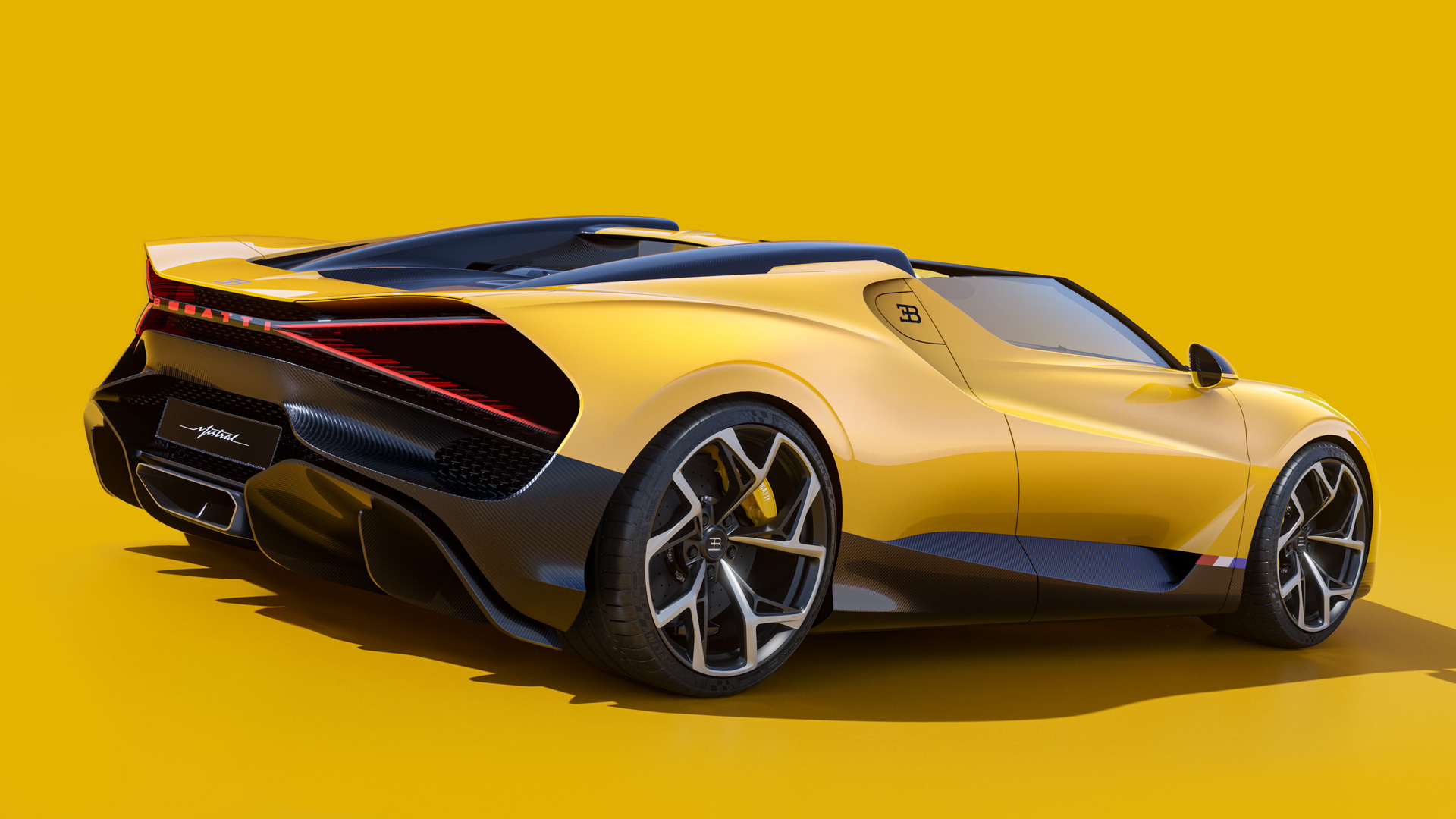 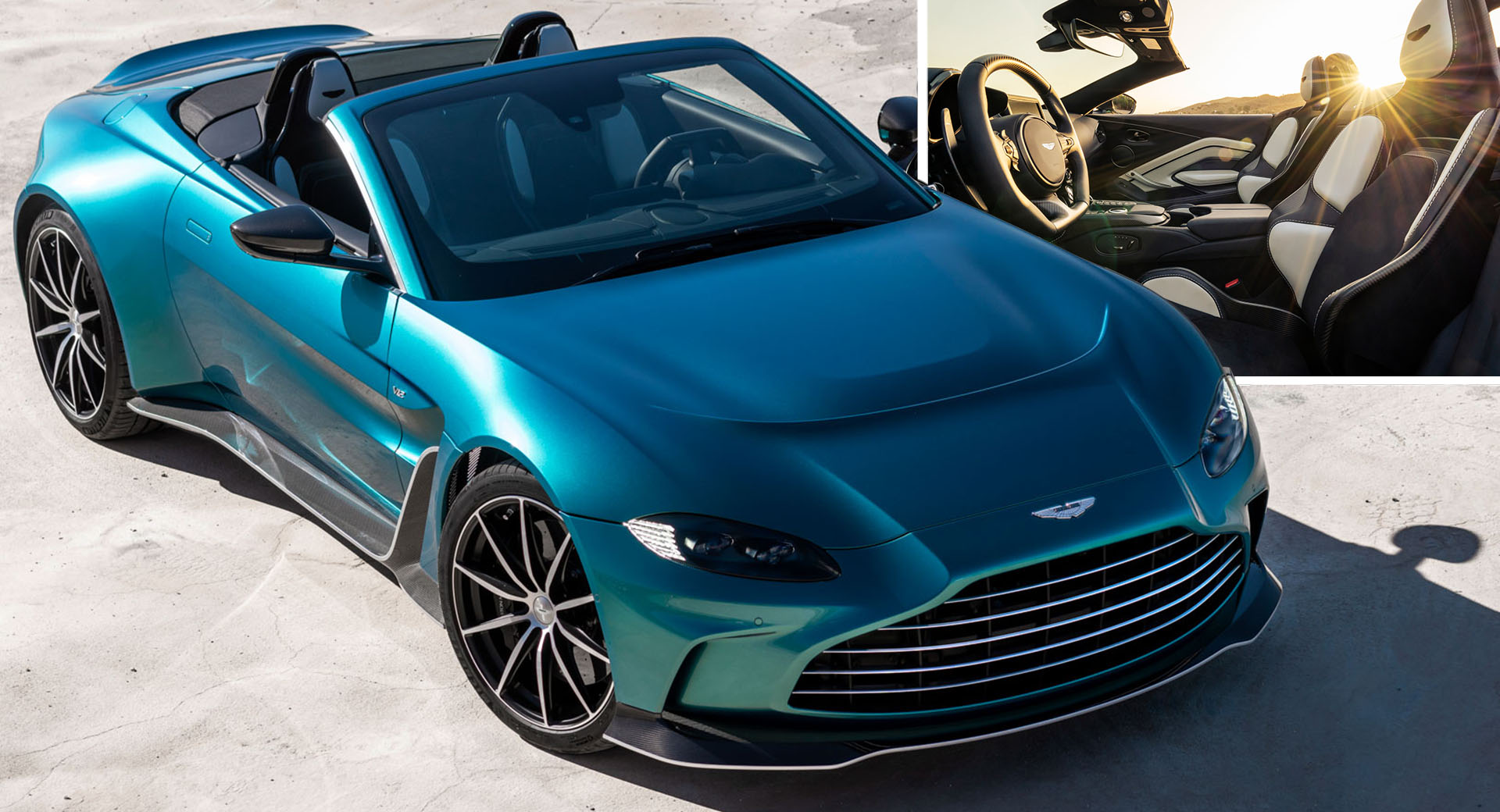 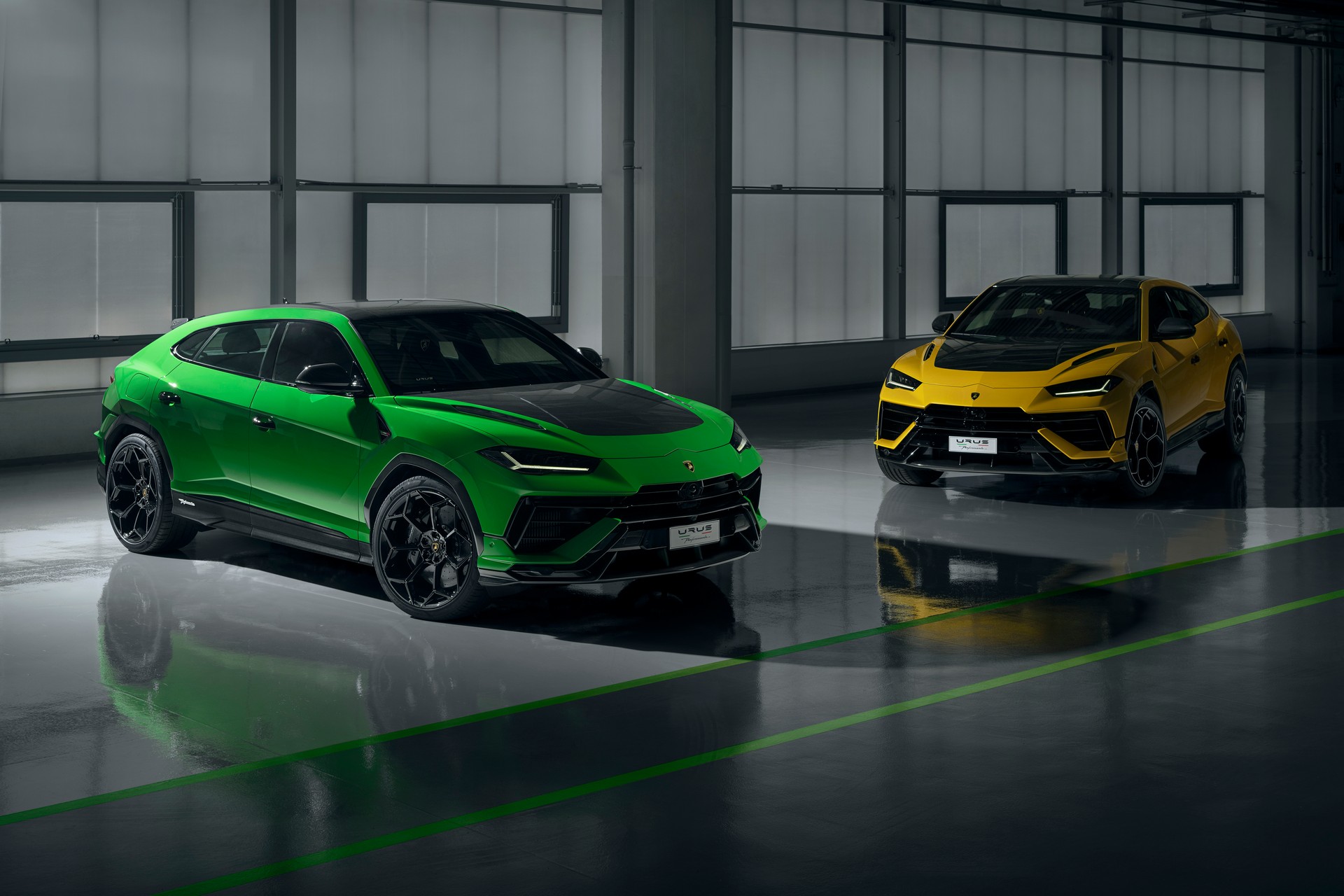 Koenigsegg Launches A Modern Version Of The CC8S Called The CC850 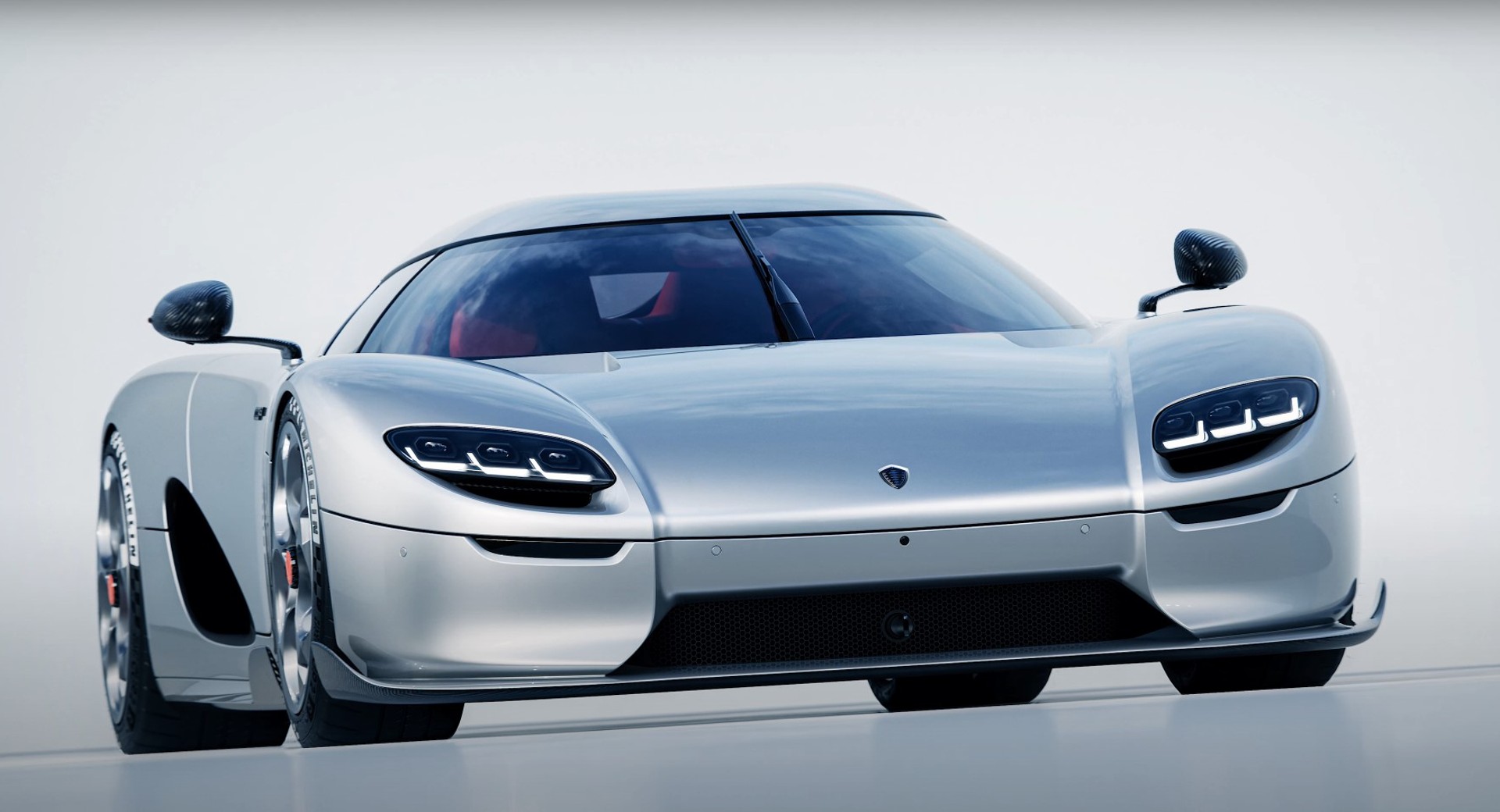 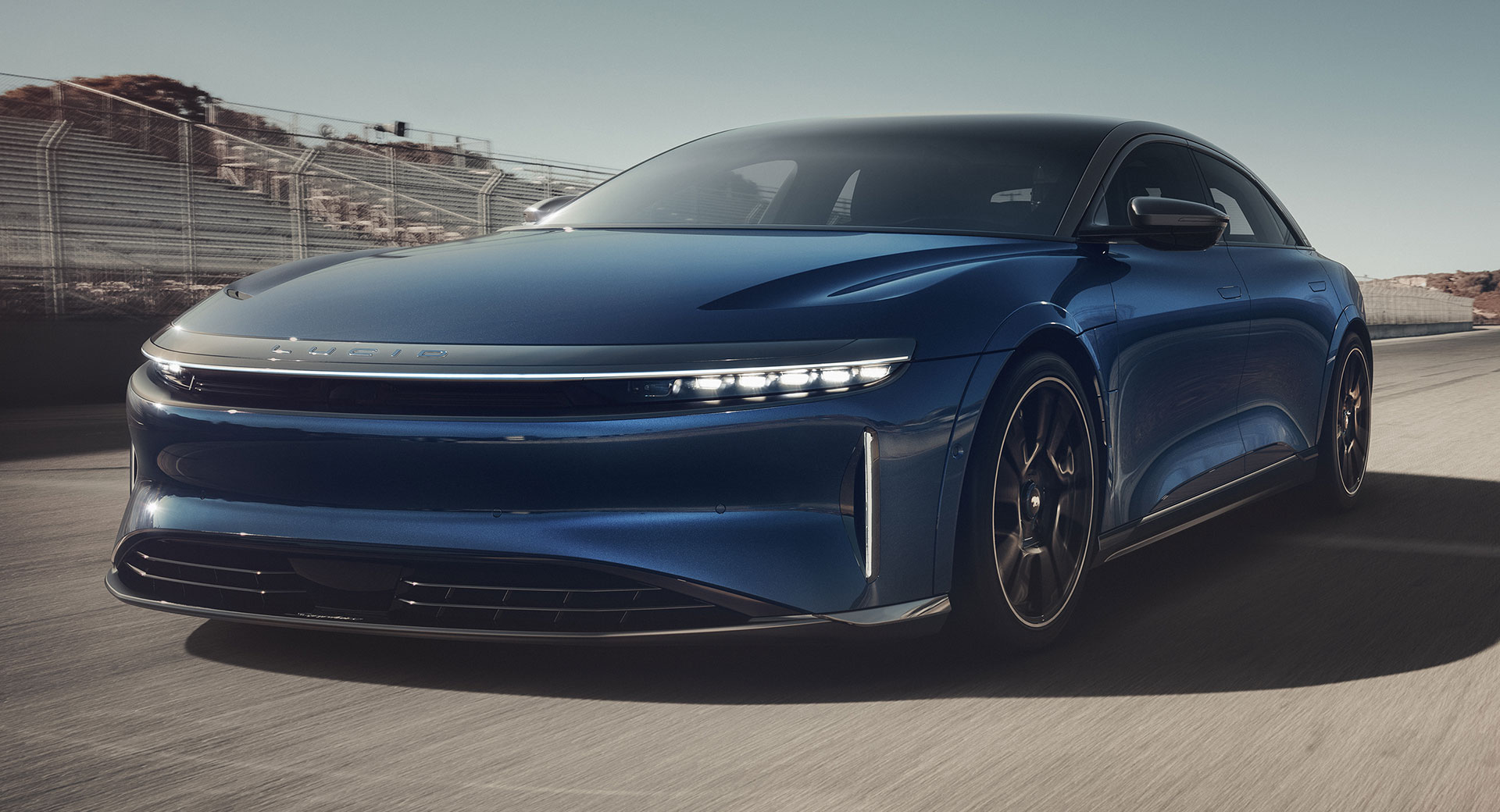 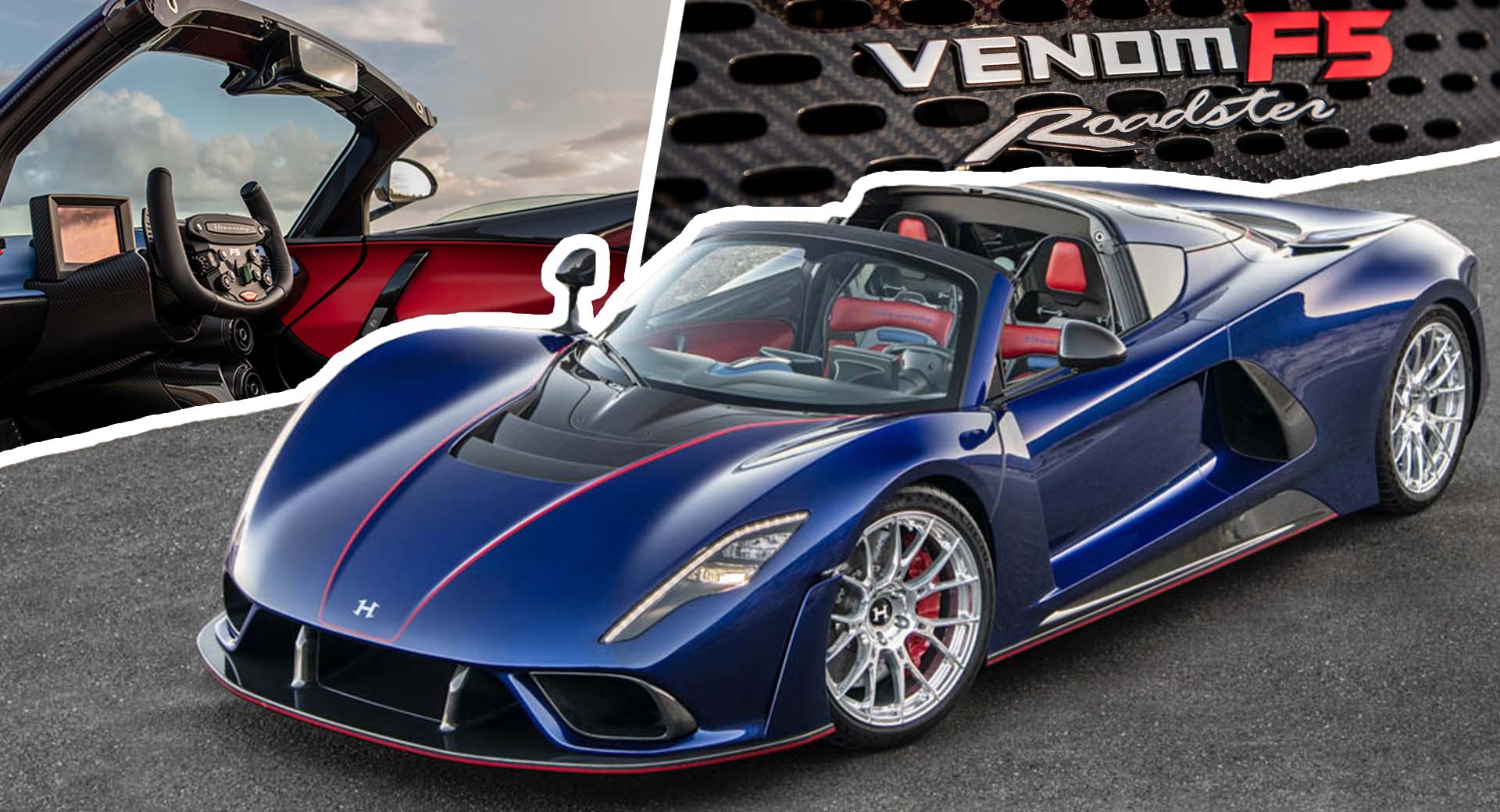 The Hennessey Venom F5 has spawned a roadster variant. The detachable roof is crafted from carbon fiber, much like the rest of the car, and is held in place by quick-release bolts and latches designed to withstand the tremendous speeds the F5 can achieve. While the technical specs are the same as the coupe’s, with the roadster featuring a 1,817 hp (1,842 PS) twin-turbo 6.6-liter V8, the 100-lbs (45 kg) weight penalty will likely make a minor dent in performance.

The Lincoln Model L100 Concept is an all-electric and fully autonomous glimpse of the brand’s future. Unveiled during the Monterey Car Week, the Model L100 takes inspiration from the 1922 Lincoln Model L. The futuristic showcar’s doors spread like a ladybug’s, and both interior and exterior lighting is used to welcome occupants with an “orchestrated symphony of lights.” 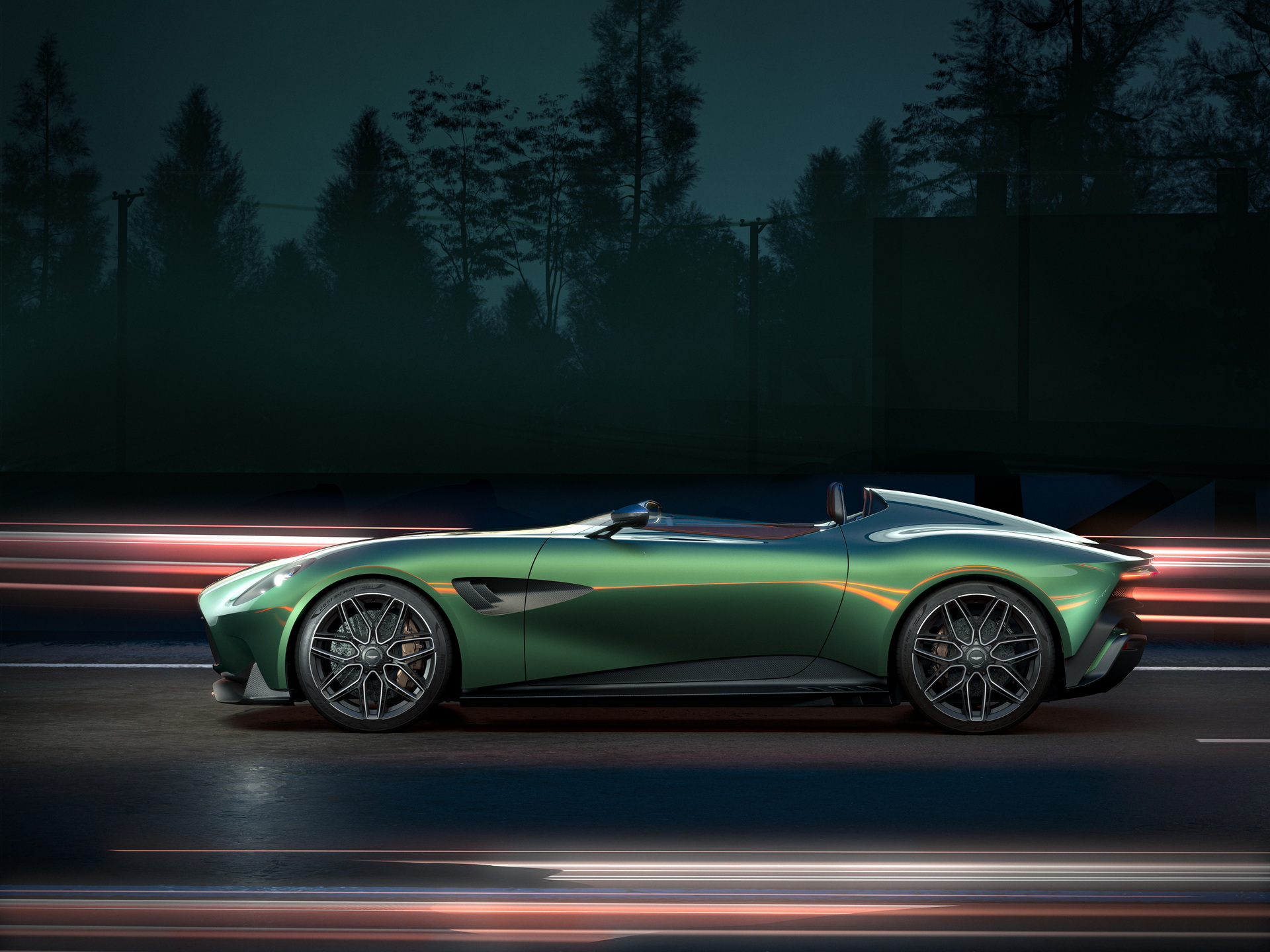 The DBR22, which was crafted by Q by Aston Martin, is a concept designed to showcase the abilities of Aston’s in-house customization department. The concept pays tribute to the 1952 DB3S and the DBR1, which won Le Mans in 1959 with Carroll Shelby and Roy Salvadori behind the wheel. Power comes from a 5.2-liter, twin-turbo V12 with 705 hp (526 kW/715 PS) and 555 lb-ft (753 Nm) of torque. For now, the DBR22 is just a concept, and those attending the Pebble Beach Concours d’Elegance will be able to see it in person. 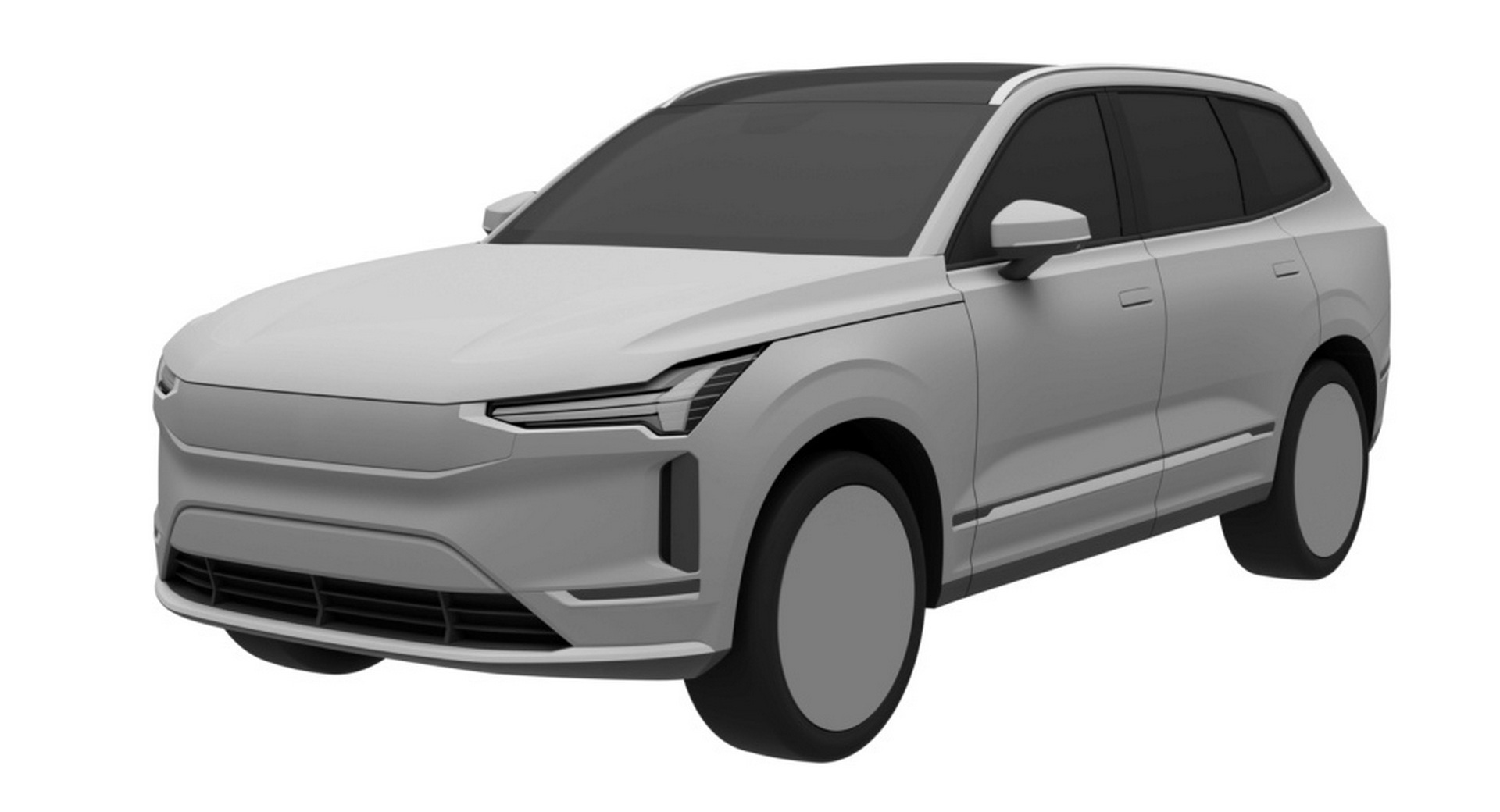 Internet sleuths have discovered patent images from Volvo showing a large SUV that looks like an XC90 with design elements from the Concept Recharge. The company has also trademarked the EXC90 name, which could be used on the model, although previous reports suggested that it would be named Embla, after the first woman in Norse mythology. 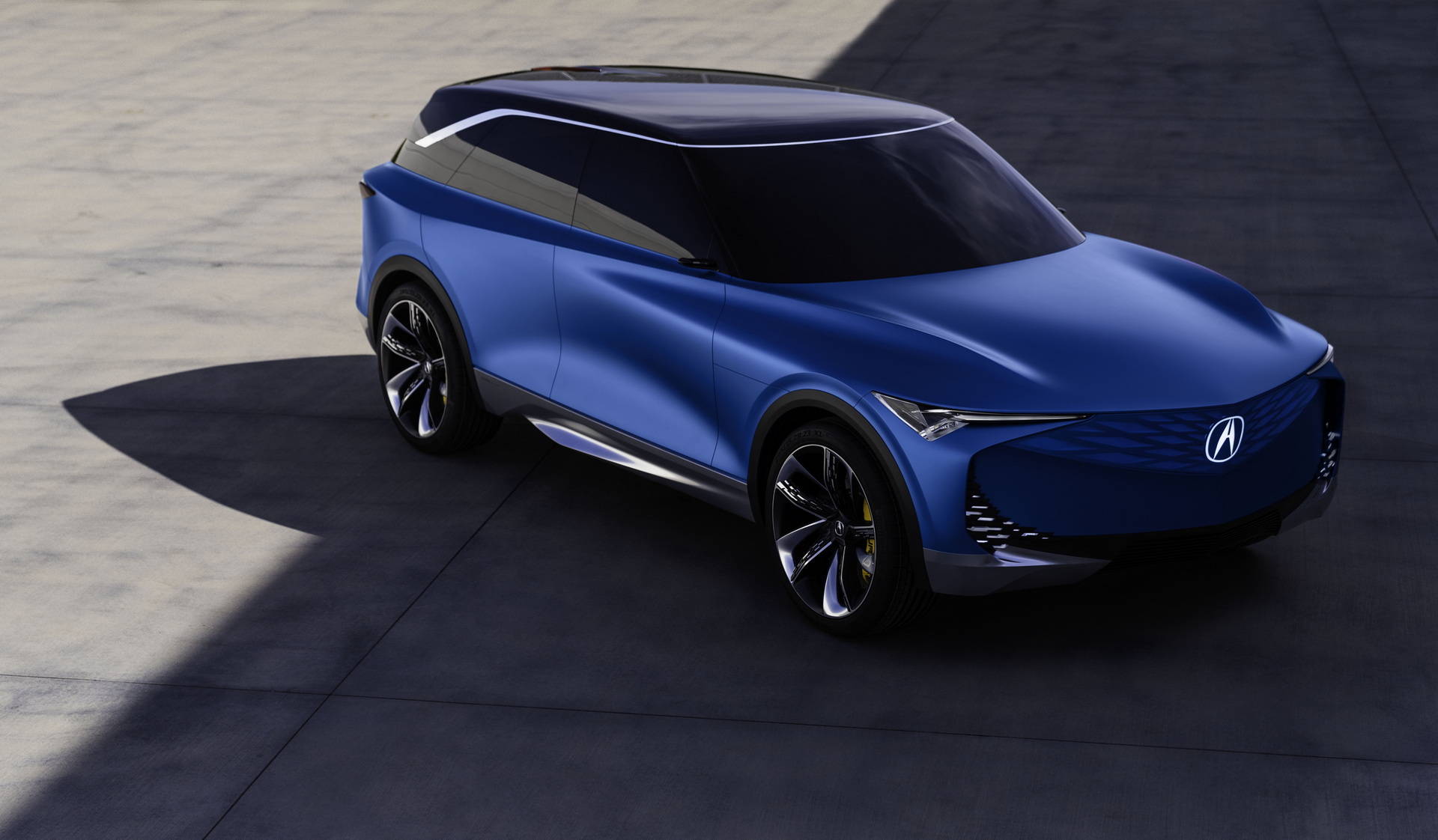 Acura has chosen to look toward Italian speed boats for inspiration for its latest concept, which showcases the direction the automaker will take in terms of design for its electrified future. The Precision concept also gives us an idea of what the brand’s first all-electric SUV will look like when it arrives in 2024. It features an illuminated Pentagon “grille,” Acura’s “chicane” DRL light signature with a “Particle Glitch” effect, and 23-inch wheels. On the inside, the concept sports a collection of premium and sustainable materials, including biomass leather, aluminum, and other recycled stuff. 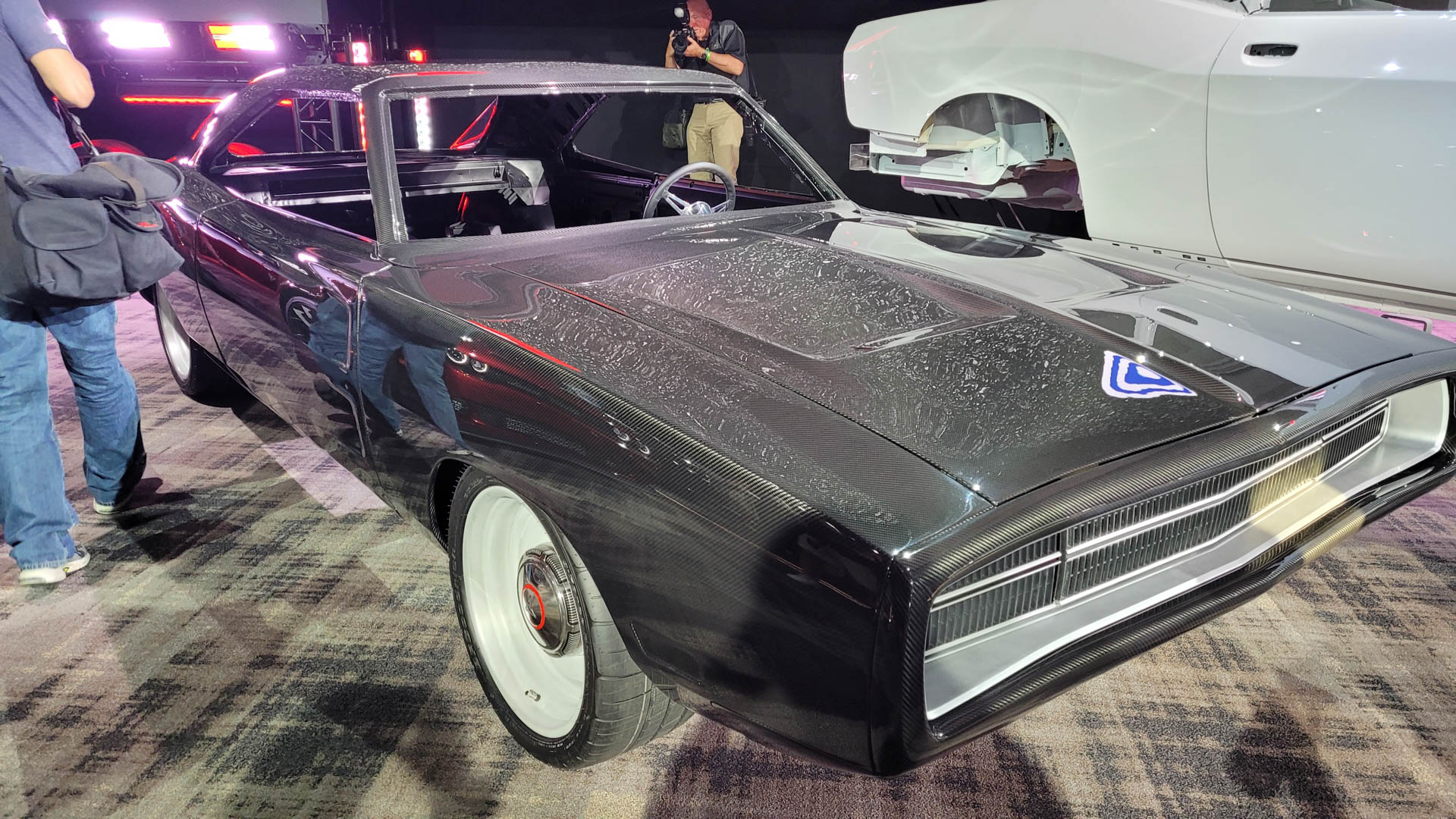 It was a busy week for Dodge which not only introduced a raft of new models like the Durango SRT Hellcat with the insane 710 hp and 645 lb-ft of torque V8 that is making a comeback for 2023 and retro colors and fresh editions for the Challenger and Charger, but it also announced a full carbon shell for a 1970 Charger, with the Plymouth Barracuda and Road Runner being next in line for the composite treatment.

Why is the British pound tanking as the US dollar soars? | Business and Economy

Jennifer Lawrence Lists Her New York City Loft for $10.5M and who is still eligible for free school lunches — and how can you...

News - July 26, 2022 0
Federal Reserve asset buying aimed at supporting the financial system and economy during the coronavirus pandemic was largely a...

Netflix will need more than price increases to win over investors

News - January 21, 2022 0
By David WainerNetflix Inc. delivered a slew of hits in the fourth quarter, with “Red Notice” and “Don’t Look Up” among its top three...

How’s the economy doing? That depends on your perspective

News - December 8, 2021 0
How do you feel about your shopping this month? It is a question many economists in America are asking as the holiday season approaches....

These are the fastest cooling real estate markets in the U.S.

News - July 16, 2022 0
(NEXSTAR) – Amid rising mortgage rates and fears of a recession, the once-torrid real estate market has cooled dramatically in some U.S. cities. According to...
© 2021 Flag Media Group. All Rights Reserved. ** TELL YOUR STORY **
We do not generate news. This digital publication and all Flag Media publications curate Google news using Google RSS Feeds.
Please advise if any posts need to be removed for licensing/copyright issues.