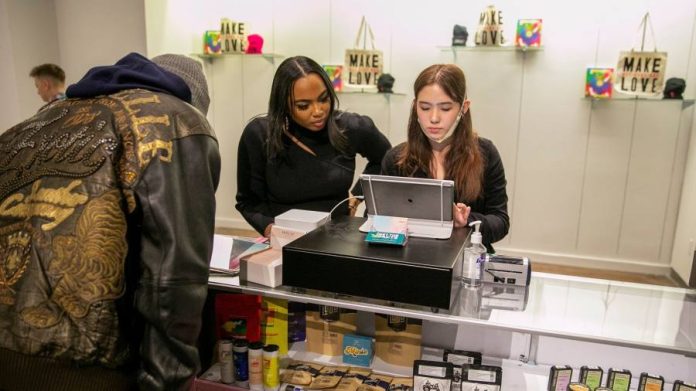 Like other ambitious college graduates, Alex Norman sought his fortune on Wall Street. Then he became a drug dealer. Now Norman is hoping to bring his experience and acumen to New York’s newly legalised cannabis market.

He is one of hundreds who have applied for a licence to operate a retail cannabis dispensary. Under a special programme, New York has set aside 150 of the coveted licences for those, such as Norman, with previous cannabis-related legal convictions. To be eligible, they must also show experience of having run a profitable, legitimate business.

The idea is to share the bounty of a legal cannabis industry with those who bore the brunt of the government’s war on drugs. “We want to go to the people who were persecuted and now say: you can have a leg up in a legal market,” Trivette Knowles, a spokesperson for the state’s office of cannabis management, explained.

It is, as Norman put it, a “curious” development for someone like him, who spent years operating in the criminal shadows and now finds himself seeking to partner with the government. “At this point, I have nothing to hide. It’s almost like a badge of honour to have been arrested for cannabis.”

New York was only the 15th US state to legalise possession of cannabis for recreational use. After a plodding start, this is shaping up to be a pivotal year for its budding market. The first legal sale of recreational cannabis took place at a newly licensed Manhattan dispensary on December 29. Elected officials, community leaders and hundreds of jubilant onlookers turned up to witness what may have been the city’s most celebrated drug deal.

More dispensaries will open throughout the year — selling cannabis vape pens, edibles, old-fashioned blunts and more. The state’s existing, illicit market is estimated at $5bn in annual sales. By legalising it, New York is hoping to rake in upwards of $677mn per year in tax revenues while reducing costs for cannabis-related incarcerations.

But New York is opening for business just as cannabis markets are cratering elsewhere. In California and Michigan, for example, a glut of production has caused wholesale prices to plunge by 50 per cent or more from just a few years ago, devastating farmers. The high taxes levied by some states have also kept many consumers shopping in the illegal market.

“Cannabis right now is in recession, if not depression,” said Jeffrey Hoffman, a cannabis attorney, activist and ardent user, expressing concern about New York’s prospects. “If you want your regulated market to succeed, you have to make your legacy market a partner — not a competitor,” he advised.

Axel Bernabe, the chief of staff and senior policy director for New York’s office of cannabis management, believes the state has learned from others’ experiences and remains confident its legal market will flourish.

“Once you give people sufficient points of sale, quality tested product and convenience — at a comparable price point — you will have the transition,” Bernabe, a former antitrust lawyer, predicted.

New York is trying to foster a robust cannabis market that supports small and local businesses while avoiding a replay of what transpired when it introduced a state-run lottery in 1980. The newly legal gaming displaced the city’s illicit “numbers” rackets, sucking cash and jobs from their longtime Harlem base. “It really did create a vacuum there,” Bernabe said.

To support prices, the state will slow the pace at which licences — for growing, processing and retailing cannabis — are introduced. New York has also limited owners to a single licence in hopes of thwarting the consolidation that has unfolded elsewhere.

Success, though, may also hinge on the complicated task of bringing legacy dealers such as Norman into the legitimate market.

Drug dealers, as Bernabe acknowledged, generally do not trust the government. “They’re all afraid that by admitting that they’ve been dealing they’ll be liable for back taxes,” he said, citing provisions in the US tax code.

Nor, as Hoffman noted, is it easy to engage dealers. “How do you reach out to the legacy market and say: send us your representatives?”

Still, New York has tried, working through defence lawyers and community groups to open discussions. It has also created a mentorship programme to equip dealers to operate legal businesses.

Given his experience, Norman would seem to be a promising candidate. The son of Cuban immigrants — a corrections officer and a hairdresser — grew up in working-class Queens and graduated from Rutgers University in 1995 with a degree in political science and Latin American studies.

“I thought I was going to be a lawyer,” he recalled. Instead, a friend working on Wall Street got him a job at an over-the-counter brokerage — a “boiler room”, essentially — making hundreds of cold calls a day in hopes of persuading people to buy penny stocks. He passed his Series 7 broker’s exam and then, after about 18 months, made it to Merrill Lynch, where he worked in the private client group.

“Even on the day after Thanksgiving we wore a suit and tie,” Norman said, recalling the formality of his old office. “I appreciate Wall Street way more than other industries. You produce. You move ahead. That’s it.”

He left Merrill in 2003, following the first internet bust, and planned to use his severance to pay for business school. But, while biding his time, the avid weed smoker pieced together his own marijuana delivery service. Soon it was too lucrative to give up. (“Always be on time,” Norman said, revealing the secret of his success).

He started to grow his own crops in his Brooklyn basement. He suspects the odour prompted a neighbour to turn him in after his second harvest. Norman ended up pleading guilty in 2005 to possessing 10 pounds of marijuana and, with some lawyering, received three years of probation. (Others applying for New York’s special licences have spent decades in prison for participating in much larger drug operations). 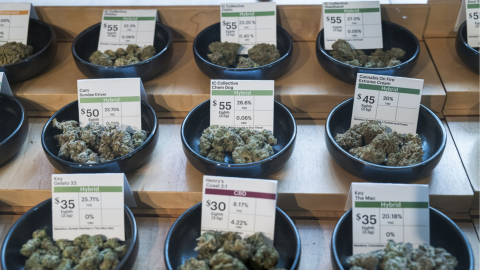 Since then, Norman, now 50, has developed his own cannabis lifestyle brand, Budega, while closely monitoring the legal markets in states such as California and Colorado.

How does he think New York will fare? Many consumers will remain in the black market, Norman predicted. Still, legal dispensaries should attract a clientele and enjoy a window of prosperity before the market becomes saturated.

“They’re going to have a run of, like, three to four years. The tourists will use [the dispensaries] — and gentrifiers who don’t have a local hook-up . . . These stores are going to make money.”

Benchmark indices may open in green

News - November 9, 2021 0
Sensex and Nifty continued their strong performance for the second day on Monday. Early indications from global and Asian markets...

UK growth set to be worst in G20 apart from Russia, OECD warns

News - June 8, 2022 0
Economic growth in the UK will grind to a halt next year with only Russia, hobbled by western sanctions, performing worse among the G20...

News - June 23, 2022 0
The crypto market is now in bear market territory, which means mining returns aren’t anywhere near as good as they were when everything was...

News - October 17, 2021 0
Assuming Wall Street embraces these ETFs, the futures premium, or the spread between futures prices and spot prices, would rise significantly, boosting yields from...
© 2022 Venture Current is a Flag Media LLC Publication. All Rights Reserved.
VC is part of the FLAG Token rewards network. Clients and partners can use FLAG Tokens for VC products and services.
VC runs 'Automatic' software. Stories posted here come from generic-topic Google news RSS feeds as well as client and partner-approved content.
If a story appears on this page that needs to be deleted due to licensing issues, please message us immediately so we can help you.