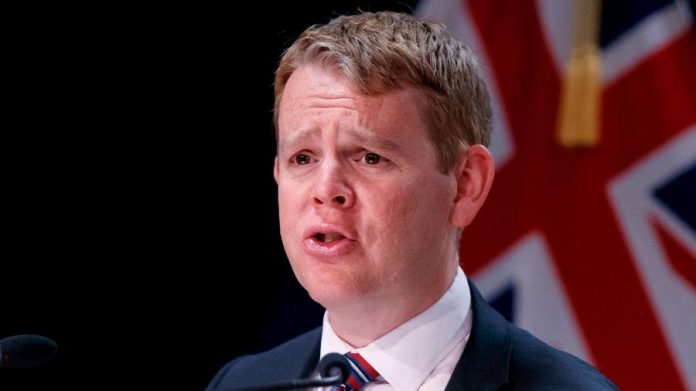 Chris Hipkins is set to become New Zealand’s next prime minister after being named as the Labour party’s sole nominee to replace outgoing leader Jacinda Ardern.

Hipkins, the country’s education minister, had been regarded as a possible successor to Ardern, who announced this week she would step down as prime minister by February, ending her almost five-year term as leader.

The 44-year-old was named in a Labour party statement on Saturday morning, local time, as the only nominee to replace Ardern, according to media reports.

Hipkins, who was first elected to parliament in 2008, is expected to be confirmed as Labour’s new leader on Sunday, when the party’s 64 lawmakers meet.

The New Zealand Green party, Labour’s traditional coalition partner, said in a statement that they were looking forward to working with Hipkins.

“Chris will make an excellent prime minister and we look forward to continuing our work together, for the rest of this term and the next,” said Green co-leader James Shaw.

News - April 1, 2022 0
Looking ahead The dramatic shifts in the interest rate landscape may have prompted some investors to rethink their portfolios, especially their bond holdings....

News - December 17, 2021 0
TOKYO — (AP) — Twenty-seven people were feared dead after a fire broke out in a building in Osaka in western Japan, fire department...

News - September 22, 2021 0
South Korea is expected in the coming weeks to receive 1m doses of the BioNTech/Pfizer Covid-19 vaccine from the UK as part of a...

News - February 25, 2022 0
WASHINGTON (Nexstar) — Lawmakers on Capitol Hill say they’re concerned Russia could target the U.S. and other NATO countries with cyberattacks on critical infrastructure. “To...

News - November 20, 2022 0
© 2022 Venture Current is a Flag Media LLC Publication. All Rights Reserved.
VC is part of the FLAG Token rewards network. Clients and partners can use FLAG Tokens for VC products and services.
VC runs 'Automatic' software. Stories posted here come from generic-topic Google news RSS feeds as well as client and partner-approved content.
If a story appears on this page that needs to be deleted due to licensing issues, please message us immediately so we can help you.