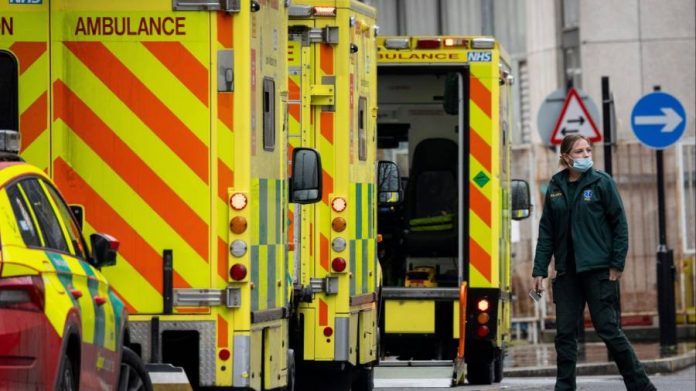 The waiting list for non-emergency hospital care in England has fallen slightly for the first time since the start of the pandemic, to 7.19mn from 7.21mn people, as ministers face pressure to halt a wave of strike action by offering more money to health staff.

NHS England said it had written to hospital trusts asking them to book in all remaining patients waiting more than 18 months for their appointment or treatment by the end of March, as it seeks to fulfil a pledge to tackle long waits.

However, the strain on the service was also laid bare by the latest official data, which shows record numbers of people attended A&E departments. The figure for the most serious emergency ambulance call outs in December was also the highest on record at 101,099 — almost a fifth higher than the previous record.

Call handlers answered more 999 calls than ever before, up one-fifth compared to pre-pandemic.

But as they did so “they also continued to deliver for patients, with more people than ever before receiving diagnostic tests and cancer treatment”.

The NHS would “keep its foot on the accelerator” to continue to make progress on the treatment backlog, he added.

Separate data showed the time to respond to an ambulance call out was also at record levels. In December, the mean average response time for the most urgent category one calls — defined as life-threatening emergencies — was 10 minutes 57 seconds, and the 90th centile was 19:25, both easily the longest since the category was introduced in 2017. The standards are seven and 15 minutes, respectively.

For category two calls, which can include suspected strokes and heart attacks, the average response time in England last month was more than an hour and a half and the 90th centile was almost three and three quarter hours, each more than 50 per cent longer than the previous longest monthly figures recorded.

“I figured it was a way to get money in these folks hands instantly,”...

News - March 6, 2022 0
Airbnb being used to help people in Ukraine People from all over the world are booking Airbnb's in Ukraine -...

US regulators crack down on private equity securitisation vehicles

News - January 16, 2023 0
US regulators are cracking down on a type of investment vehicle used by private equity groups over fears that rating agencies are downplaying the...

Being bold worked for English cricket, but the economy is another matter entirely

News - October 1, 2022 0
Returning from holiday last week, Sir Tom Scholar texted a friend his pithy verdict on Kwasi Kwarteng’s “fiscal event”, which tipped the currency and...
© 2022 Venture Current is a Flag Media LLC Publication. All Rights Reserved.
VC is part of the FLAG Token rewards network. Clients and partners can use FLAG Tokens for VC products and services.
VC runs 'Automatic' software. Stories posted here come from generic-topic Google news RSS feeds as well as client and partner-approved content.
If a story appears on this page that needs to be deleted due to licensing issues, please message us immediately so we can help you.