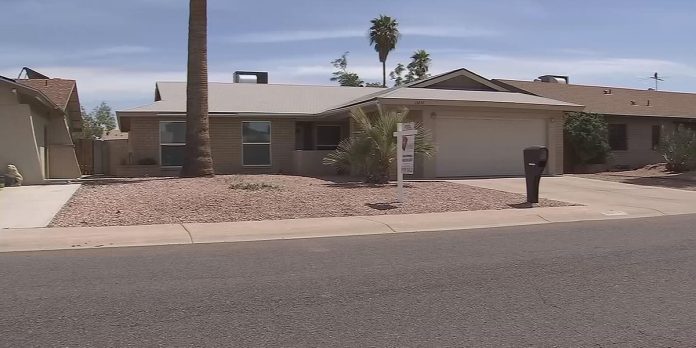 PHOENIX (3TV/CBS 5) – Interest rates are sky-high while overall affordability in the Valley is at record lows. Now that the housing market is beginning to cool off, a major investment firm is giving an ominous look at Phoenix’s housing market.

The New York Post first obtained the memo from Goldman Sachs that said that four U.S. cities, including Phoenix, could see a “seismic” crash the likes of the 2008 Great Recession in the coming year. The three other cities named include San Jose, CA; San Diego, CA; and Austin, TX. While most experts, including Goldman Sachs, agree that the housing market is beginning to normalize after pandemic-driven demand there is still a lot of uncertainty.

Arizona’s Family got the report which forecasted 2023 and 2024 housing prices to fall the most in the West, where many mortgage payments claim half or more of a monthly income. Cities like Chicago and Philadelphia should see increases instead, although they’re expected to be nominal when comparing income. A Consumer Price Index from November showed prices increased 12.1% year-over-year.

Fortunately, it’s not all bad news. Goldman Sachs is calling for a “gradual return of affordability” as part of the report. Firm researchers say that households should experience greater incomes, outweighing any effects that high mortgage rates are having on the housing market. “While higher mortgage rates weigh on affordability, we expect strong nominal income growth,” the report detailed. Right now, metro Phoenix is dealing with the highest rate of inflation compared to any other developed area.

Earlier this month, Arizona Family spoke with the Arizona Association of Realtors who said that sellers are currently helping buyers buy down those high-interest rates. Another thing to keep in mind, mortgage interest is tax deductible for primary homes. Another bargaining tool is knowing that homes are staying on the market significantly longer than they have been during the pandemic. Home sales are down 45% in the Phoenix metro area from Dec. 2021 to Dec. 2022

Declines are also being seen by Valley home builders as long as you’re staying away from luxury markets. “Very good deals are to be had with builders,” Tina Tamboer with Cromford Report said. “But, some areas like right like Phoenix, Chandler, and Glendale are in balanced markets–still very good for buyers. Then you have the northeast like Scottsdale, Fountain Hills, Cave Creek; those areas are still in seller’s markets. So, the luxury markets are still doing very well.”

News - January 18, 2022 0
Readers’ Opinion is a place to share your thoughts in the comments section below. We’ll feature our favorite replies in the next installment.Microsoft is set...

Pfizer to scoop up stake in French vaccines group Valneva

News - January 17, 2023 0
Apple has unveiled new versions of the 14-inch and 16-inch MacBook Pro, ending months of speculation surrounding the devices. New features include the latest...

News - April 2, 2022 0
How will you unwind during the month of April if not by blasting zombies, kaiju and LEGO Stormtroopers into pieces? Source

We're taking profits in an energy winner after big run higher, but still like...

News - January 12, 2023 0
With the trim, we also downgraded our rating back to a 2, meaning we will wait for a pullback before buying again. Source
© 2022 Venture Current is a Flag Media LLC Publication. All Rights Reserved.
VC is part of the FLAG Token rewards network. Clients and partners can use FLAG Tokens for VC products and services.
VC runs 'Automatic' software. Stories posted here come from generic-topic Google news RSS feeds as well as client and partner-approved content.
If a story appears on this page that needs to be deleted due to licensing issues, please message us immediately so we can help you.