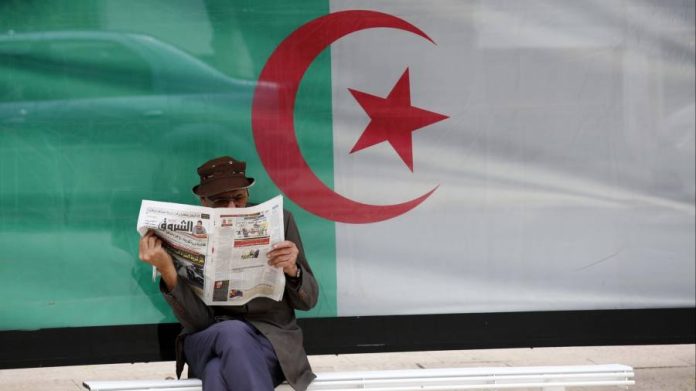 Algerian authorities have arrested prominent independent journalist Ihsane El-Kadi and shut down his Radio M internet station, which was seen as the last remaining space for free political debate in the country.

El-Kadi was arrested in the early hours of Saturday by six plainclothes police officers at his home in a village east of the capital Algiers, according to family members. He was later taken in shackles to the offices of Radio M in the capital, where police removed computers, cameras and other equipment before sealing off the premises.

“Radio M and its sister Maghreb Emergent website was basically the last remaining media space where people could still discuss politics and publish critical articles without censoring themselves,” said Daikha Dridi, an Algerian journalist who once worked at the station. “The web radio had many programmes in which people could come together and debate freely what is happening in the country.”

Reporters Without Borders, the international media freedom group, condemned El-Kadi’s arrest and called on the authorities to “respect the work of the media in the country”.

Algerian authorities have been cracking down on dissent since a leaderless protest movement that brought thousands of people on to the streets in cities across the country fizzled out with the onset of coronavirus in March 2020.

The so-called hirak movement demanding a democratic transition of power had led to the ousting of Abdelaziz Bouteflika, the late president who had sought a fifth term in office despite a debilitating stroke that had kept him largely out of view for six years.

Algeria’s military, who backed Bouteflika and who control politics in the country, were forced to push him out after several months of demonstrations but they refused to bow down to protesters demands for a democratic overhaul of the political system.

“My father has been the target of legal harassment for the past two or three years since the hirak,” said Tin Hinane El-Kadi, the journalist’s daughter. “Since then they’ve been trying to crack down on the movement, but he’s a fighter and he continued to write.”

She said that although there have been several court cases involving her father in recent years, the family believed “this time it seems serious and we have this fear that they’re determined this time to shut the site down and keep him in jail”.

El-Kadi, who founded Radio M, was acquitted in two previous cases in relation to his writing. He was handed a six-month sentence earlier this year that was deferred until a higher court could hear an appeal. His family and lawyer say his arrest is not related to that case.

His family believes his latest arrest may be connected to a column he wrote this month speculating on whether the military would back Abdelmadjid Tebboune, the current president, for a second term in 2024. “It’s the sort of thing that would not have created a problem under Bouteflika,” Tin Hinane El-Kadi said.

News - September 5, 2022 0
A UK government policy to remove asylum seekers to Rwanda will expose them to the risk of human rights breaches in a “one-party authoritarian...

News - August 21, 2022 0
As Congress prepared to vote on President Joe Biden’s $700bn climate, tax and healthcare bill earlier this month, the head of the US tax...

Will this metal recycling startup revolutionize the battery and clean energy sectors?

News - September 16, 2021 0
Most of the materials required for batteries and other clean energy technology are dirty to mine. They’re also mostly controlled by China. Can a...

A Soft Landing Would Be Great for Markets. Why They May Not Get It.

News - January 27, 2023 0
The chances of a soft landing are improving. At least the market certainly thinks so. The fourth-quarter...
© 2022 Venture Current is a Flag Media LLC Publication. All Rights Reserved.
VC is part of the FLAG Token rewards network. Clients and partners can use FLAG Tokens for VC products and services.
VC runs 'Automatic' software. Stories posted here come from generic-topic Google news RSS feeds as well as client and partner-approved content.
If a story appears on this page that needs to be deleted due to licensing issues, please message us immediately so we can help you.