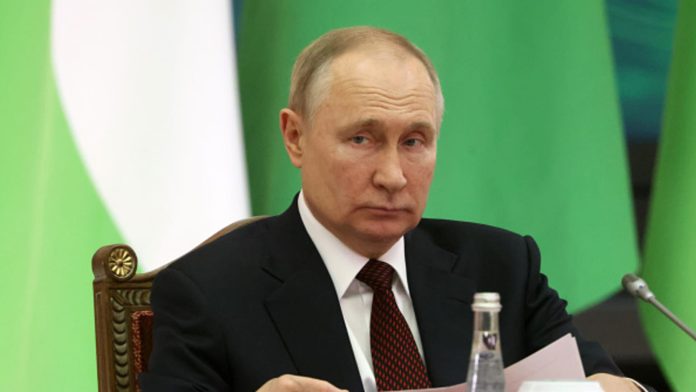 Russia’s announcement of an oil export ban on countries that abide by a G-7 price cap is the latest sign that we’ve entered a new era for global energy markets, according to analysts.

But they also note it’s unlikely to have a short-term impact on oil prices, with markets taking their cues from data and concrete actions rather than words.

The price cap was introduced on Dec. 5 and requires traders using Western services such as maritime routes, insurance and financing to pay no more than $60 per barrel for seaborne Russian oil. Urals crude is currently trading around $50 per barrel, according to Finnish refining firm Neste.

Russia on Wednesday said that from Feb. 1 it would stop crude oil and oil products for five months to any nation that adhered to the cap, with a separate ban on refined oil products to come.

Dan Yergin, vice chairman of S&P Global, told CNBC’s “Squawk Box” Tuesday that despite skepticism over whether the program would work, leaders had found a way to keep oil flowing into the market while reducing Russian oil revenues.

But as a result, he said, we now have a “divided, more politically charged oil market.”

“For the last 30 years, since the collapse of the Soviet Union, we’ve had a global market in which oil has pretty much moved around based on the economics, exceptions were Iran and Venezuela.”

“But now we have what I call a partitioned oil market in which Russian oil can no longer go to its largest market, which is Europe, and the markets have been divided and that oil is now flowing east.”

European countries have been scrambling to find alternative sources of oil and gas and new energy security solutions following Russia’s unprovoked invasion of Ukraine in February. The EU got 14.4% of its petroleum oils from Russia in the third quarter of 2022, down 10.5 percentage points year-on-year, as it increased imports from the U.S., Norway, Saudi Arabia and Iraq.

On Wednesday, a German government spokesperson told Reuters that Moscow’s ban would have “no practical significance” for its economy, which is Europe’s largest.

Sophie Lund-Yates, lead equity analyst at Hargreaves Lansdown, said the ban would “add fuel to the anxieties around supply.” Coming just as China’s reopening is set to increase oil demand, oil prices are likely to remain elevated, she told CNBC by email.

However, she added: “To some extent, the export ban will have been priced in already – Russia readily applying pressure to countries which enforce unhelpful policies isn’t a new or unexpected tactic. The shock in the oil price that we’ve seen today isn’t as bad as it could have been and is likely to calm down, at least partly, in the coming weeks.”

Bill Weatherburn, commodities economist at Capital Economics, agreed the immediate market impact would be limited since the move has been threatened by Russia for some time.

He also said this would be the case because the U.S. and Europe have already banned Russian seaborne crude oil imports; and Urals crude is still trading below $60, so India and China can continue to import without falling foul of the cap.

He expects 2023 and subsequent years to see continued volatility in oil markets. Brent crude oil futures are currently trading around $84 per barrel, near where they started the year, but have been on a rollercoaster in the mean time, approaching $140 per barrel in intraday trading in March and rising above $120 per barrel in June.

McNally believes the market is ending a roughly seven-year bust phase that was characterized by oversupply, and is in the foothills of a new multi-year boom phase that will see stronger than expected demand. That will play out amid big geopolitical and macroeconomic uncertainties, and OPEC+ will struggle to balance the market, he said.

With Russia remaining the world’s largest oil exporter for crude and refined products combined, the effects of its new embargo could be huge.

But for now, McNally argued, markets have a “boy who cried wolf” mentality after warnings that Russian supply would be cut off in March 2022 sent prices soaring but did not materialize.

“The market is in a little bit of a complacent mood regarding Russia, saying we’ll believe it when we see it,” McNally said.

Russian seaborne crude oil exports are down around 24% month-on-month in December — “so it’s starting to happen, but the market will wait till it can see it before it prices it in and reacts to it,” he added.

Bitcoin dips back under $45K as yields extend gains ahead of (Cryptocurrency:BTC-USD)

Google to shut down one of its products this fall

News - June 28, 2022 0
(NEXSTAR) – After more than a decade, Google is preparing to shut down its messaging platform, Google Hangouts, and to transition users to its...

“Productivity per employee will probably swing back to more normal levels.”

News - December 18, 2022 0
“Companies don't lay off their best employees first. These folks will find it the hardest to regain employment given this and that they will...

News - June 10, 2022 0
© 2022 Venture Current is a Flag Media LLC Publication. All Rights Reserved.
VC is part of the FLAG Token rewards network. Clients and partners can use FLAG Tokens for VC products and services.
VC runs 'Automatic' software. Stories posted here come from generic-topic Google news RSS feeds as well as client and partner-approved content.
If a story appears on this page that needs to be deleted due to licensing issues, please message us immediately so we can help you.