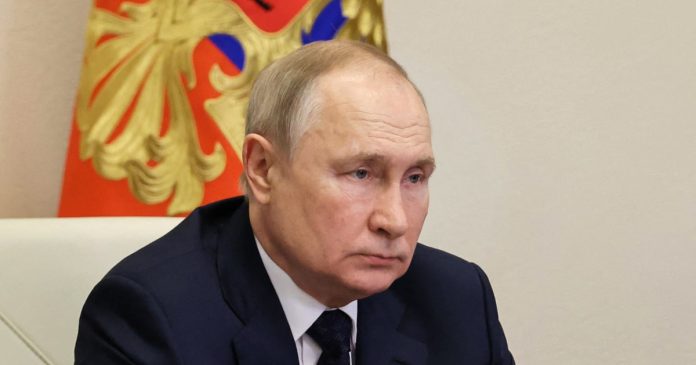 Russian President Vladimir Putin has replaced the commander leading his forces in Ukraine just three months after he handed him the job.

Gen. Valery Gerasimov will take over from Sergei Surovikin, the country’s defense ministry said on Telegram Wednesday, a change that comes as Kyiv warns Moscow is planning a major new offensive after months of battlefield setbacks.

Surovikin became the first person to be handed sole charge of the campaign in October, and his tenure has been marked by the aerial bombardment of Ukraine’s civilian infrastructure as well as Russia’s retreat from the crucial southern city of Kherson.

The ministry said he would now serve as one of Gerasimov’s three deputies, along with Army Gen. Oleg Salyukov and Col. Gen. Alexey Kim, as part of a new “joint group of forces.”

It added that the “increase in the level of leadership” was “related to the amplified range of tasks,” and the necessity of closer cooperation between branches of Russia’s armed forces.

Rob Lee, a senior fellow at the Foreign Policy Research Institute, a think tank, said on Twitter that he didn’t think that Gerasimov’s appointment had come “because Surovikin is viewed as a failure,” although he said it was possible that the apparent demotion “was driven by political reasons.”

The Kremlin’s forces meanwhile appeared close to a breakthrough in bitter fighting on the eastern front lines.

Battles continued to rage around Soledar, a devastated salt-mining town that has seen one of the fiercest and costliest recent ground battles of the nearly 11-month war.

Ukrainian officials said the country’s soldiers continued to hold out despite heavy fighting and the claim of a Russian mercenary group to have captured the town.

NBC News has not verified the claims of either side.

Taking the town would likely be seen as a significant, if costly, victory for the Kremlin, which has suffered embarrassing defeats on the battlefield and rare signs of disquiet at home as the war approaches the one-year mark.

The area sits in the Donetsk province, one of four that Putin illegally claimed to have annexed last year, and it is notable for its vast disused mine tunnels.

This is a breaking news story. Please check back for updates.

US government debt sells off sharply on inflation surge

News - March 23, 2022 0
Anatoly Chubais has quit his post as Russian president Vladimir Putin’s special climate envoy, making him the highest-ranking official to leave the Kremlin since...

News - August 18, 2022 0
In a statement, police said they were alerted to the case last week when the family from the South Auckland suburb of Manurewa reported...
© 2022 Venture Current is a Flag Media LLC Publication. All Rights Reserved.
VC is part of the FLAG Token rewards network. Clients and partners can use FLAG Tokens for VC products and services.
VC runs 'Automatic' software. Stories posted here come from generic-topic Google news RSS feeds as well as client and partner-approved content.
If a story appears on this page that needs to be deleted due to licensing issues, please message us immediately so we can help you.