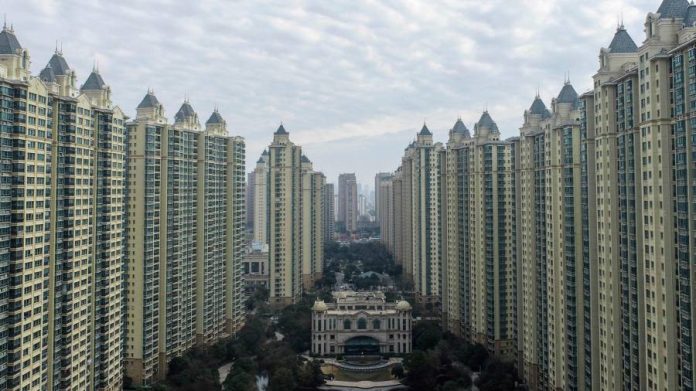 The development casts further doubt on the fate of Evergrande, which has $300bn in liabilities and has repeatedly missed deadlines to provide a restructuring plan following a default in late 2021 that was part of a broader property sector crisis in China.

The resignation letter was sent to the company’s board on Monday, Evergrande said in an exchange filing. International auditors have been resigning from Chinese developers that defaulted, as a wave of unreleased financial results increased uncertainty over the full scale of debts.

Evergrande has been meeting with creditors in Hong Kong since last week to update them on its progress. They include international investors who hold around $20bn of its debt and have been frustrated by the lack of concrete developments in the restructuring.

The developer is offering instalment repayments over 12 years on principal of offshore debt and some tweaks to the offering of debt-to-equity swaps, which will allow investors to convert offshore debt into shares of Evergrande’s Hong Kong-listed electric vehicle unit and property management unit, said one lawyer familiar with the negotiations.

“There’s not much room to adjust for the final proposal,” the lawyer said, explaining that investors did not expect the company to make any significant concessions, such as making faster repayments or mobilising more personal wealth from the founders for payments.

Evergrande and PwC have been investigated by the Accounting and Financial Reporting Council, Hong Kong’s audit regulator, since 2021 over the property developer’s 2020 accounts. Last year, the investigation’s scope expanded to a $2bn loan scheme that led to an executive clear-out.

“It’s not a surprise to see auditors quitting problem companies,” said Zhan Kai, senior counsel at Chinese law firm Yuanda. “It shows the accounting firm can no longer co-operate with the firm . . . which often indicates problematic information disclosure when companies are in default.”

Disagreements between the accounting company and Evergrande include the restructuring timetable and the assessment of Evergrande’s relevant information disclosure, according to the filing.

Specifically, PwC noted that the developer did not provide enough details on an independent committee investigation into an undisclosed deposit pledge related to the company’s EV unit Evergrande New Energy Vehicle.

The company also did not provide enough information on the $2bn loan scheme under investigation, PwC said in the resignation letter, adding that Evergrande failed to settle certain loans and other interest-bearing liabilities that were due by the agreed date.

Evergrande said it would appoint Prism Hong Kong and Shanghai, a Hong Kong-based firm, as its new auditor until it concludes the next annual meeting in June.

Beijing has softened its regulations on the property sector, an important driver of China’s economic growth. Developers have resumed issuing new high-yield bonds, with Dalian Wanda Commercial Management raising a $400mn bond at a coupon rate of 11 per cent in Hong Kong last week, the first deal of its kind since November 2021.

However, some developers are still struggling to recover from the crisis. Last week, Oasis Management, a Hong Kong investment firm, filed a $100mn lawsuit against Kaisa, the second-most internationally indebted developer after Evergrande, in New York.

“When we see that China is supporting the onshore real estate sector, almost all of that support is geared towards delivering homes,” said Brock Silvers, chief investment officer at private equity firm Kaiyuan Capital in Hong Kong. “All of the support that people get pumped up about, none of that has to do with dollar bonds.”

The new Social Security raise will be revealed this week. Will it be enough?

News - October 10, 2021 0
A new stimulus check for seniors might very well never happen, and the new Social Security COLA won't arrive for months — and may...

We cannot turn away from the crisis unfolding in Myanmar

News - February 1, 2022 0
A year later, the Feb. 1, 2021, military coup in Myanmar against the popularly elected civilian government has turned into an unmitigated disaster. The...

Tremors from FTX’s collapse reverberate through the scientific community

News - November 17, 2022 0
The fall of crypto exchange FTX appears to have already begun to impact the hundreds of grant recipients across a variety of philanthropic organizations...

News - October 7, 2021 0
The Opposition Thursday demanded the resignation of MoS Ajay Mishra to ensure a free and fair investigation and the immediate arrest of his son,...
© 2022 Venture Current is a Flag Media LLC Publication. All Rights Reserved.
VC is part of the FLAG Token rewards network. Clients and partners can use FLAG Tokens for VC products and services.
VC runs 'Automatic' software. Stories posted here come from generic-topic Google news RSS feeds as well as client and partner-approved content.
If a story appears on this page that needs to be deleted due to licensing issues, please message us immediately so we can help you.