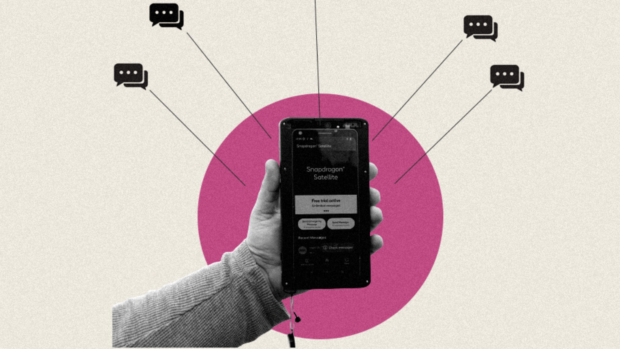 It would also have additional features from the US-based tech firm Garmin. Vice President Brad Trenkle hopes it would “help people connect to emergency services.”

How does the Android satellite phone tech work? 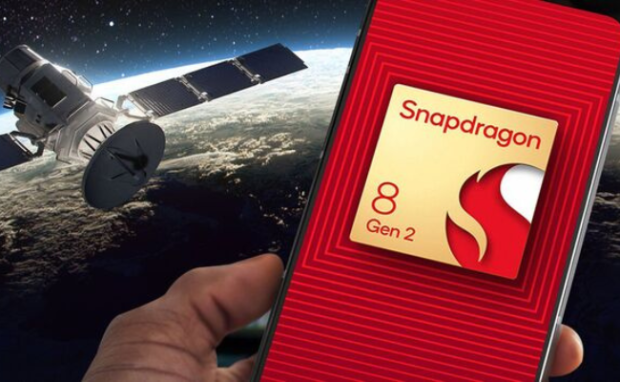 Qualcomm calls the upcoming Android satellite phone technology “Snapdragon Satellite.” It will allow you to send DMs, despite having low or no signal coverage.

It pings satellites near the Earth’s orbit to relay messages. Unlike conventional telecommunications, it does not require ground stations.

The best part is that it will work on popular messaging apps. Yet, the downside is that you must be at a spot where the sky is visible.

Type your message, tap the send button, and point your phone toward the sky. Most people may think this is awkward, especially when performed in public!

However, it could become an essential service during an emergency. For example, let us say you had to evacuate to higher ground due to storm flooding.

The weather soon calms down, but the high water level might remain. Also, the storm could have knocked out nearby communication facilities.

As a result, you cannot send an SOS to get rescued. Fortunately, an Android satellite phone would enable you to send emergency messages in such a scenario.

Thus, it “has likely saved many lives in the process.” Soon, Iridium and Qualcomm will turn devices running the Snapdragon 8 Gen 2 chip into Android satellite phones.

These include the OnePlus 11 and the iQoo 11. Moreover, Qualcomm VP product manager Francesco Grilli announced these phones would recommend the feature as an option when sending messages.

As a result, people would not need to download and install a separate app for emergency satellite messages.

Expect North American and European users to have Android satellite phones before the rest of the world.

Grilli says those devices would have access to Snapdragon Satellite unless they are in a country that blocks it.

Also, Qualcomm said the feature would be available for tablets, vehicles, and other Internet of Things (IoT) connected devices. Meanwhile, Apple users have the iPhone 14 for satellite messaging.

The latest tech news delivered to your inbox

News - December 29, 2022 0
A video of passengers fighting on a flight over a reclining seat went viral on Wednesday, prompting a formal apology by the airline the...

News - October 9, 2021 0
Opposition parties had been planning a vote of no-confidence against Kurz on Tuesday following an announcement this week that, along with close associates, he...

News - July 20, 2022 0
In the bill, cryptocurrencies are referred to as “digital settlement assets,” (DSAs), meaning “a digital representation of value or rights.” The rules will largely...
© 2022 Venture Current is a Flag Media LLC Publication. All Rights Reserved.
VC is part of the FLAG Token rewards network. Clients and partners can use FLAG Tokens for VC products and services.
VC runs 'Automatic' software. Stories posted here come from generic-topic Google news RSS feeds as well as client and partner-approved content.
If a story appears on this page that needs to be deleted due to licensing issues, please message us immediately so we can help you.