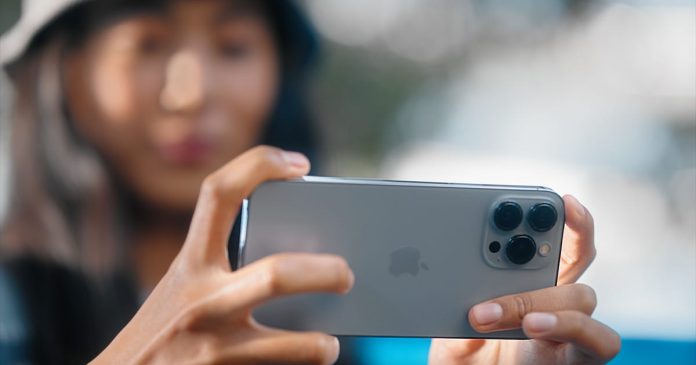 Sometimes you might start shooting a video vertically on your iPhone only to realize moments later that it’s recording horizontally instead. Flipping your phone midway doesn’t work, since the iPhone locks the video in the orientation you started recording in.

Thankfully, Apple knows this is a common occurrence and has equipped our iPhones with a handy solution you can use after you’re done recording. All it involves is a series of “button” taps, and you should have your video in the correct orientation in seconds.

Apple added the ability to rotate a video’s orientation with the release of iOS 13 in 2019. In fact, as long as your iPhone is running iOS 13 or newer, you can take advantage of the feature and quickly fix any videos recorded the wrong way. Here’s how.

How to fix your iPhone’s video orientation

1. Open the Photos app and find the video you want to fix.
2. Tap the Edit button on the upper right of the screen to bring up a toolbar at the bottom.
3. Now tap the Crop icon on the far right side on the toolbar.
4. Next tap the Rotate tool icon (a square with a tiny arrow) on the top left of the screen.
5. Once the video is in the orientation you want, tap the Done button.

If you enjoyed this tech tip, make sure to check out these 10 hidden iOS 16 settings that’ll change how you use your iPhone, as well as the most annoying iOS 16 features and how to fix them.

News - July 23, 2022 0
Serhii Bratchuk, a spokesman for the Odessa military administration, said two missiles hit the infrastructure of the port and two were shot down by...

Beluga whale euthanized after rescue from Seine River in France

News - November 16, 2022 0
The co-founder of bankrupt crypto hedge fund Three Arrows Capital (3AC) says that FTX employees have admitted that the collapsed exchange was hunting down...

News - June 12, 2022 0
A brutal attack on a group of female diners in a restaurant in north-eastern China over the weekend has sparked a public uproar over...
© 2022 Venture Current is a Flag Media LLC Publication. All Rights Reserved.
VC is part of the FLAG Token rewards network. Clients and partners can use FLAG Tokens for VC products and services.
VC runs 'Automatic' software. Stories posted here come from generic-topic Google news RSS feeds as well as client and partner-approved content.
If a story appears on this page that needs to be deleted due to licensing issues, please message us immediately so we can help you.