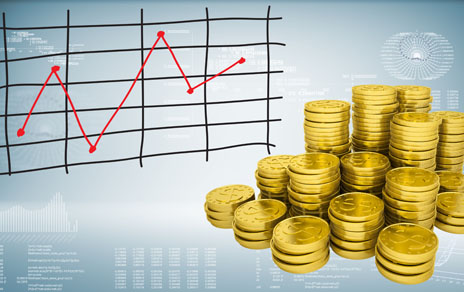 (Kitco News) – The gold market is preparing to end the year in relatively neutral territory as prices hold the line at $1,800 an ounce.

After a fairly disappointing year as the precious metal struggled to attract investor attention, sentiment is significantly bullish heading into the new year. According to some analysts, investors were disappointed in gold through 2022 as it didn’t live up to its promise as an inflation hedge.

The year saw consumer prices hit their highest level in more than 40 years; however, because of the inflation threat, the Federal Reserve was forced to raise interest rates by 425 basis points, its most aggressive policy stance in 41 years.

However, those headwinds are slowly starting to abate as markets see an end to the Federal Reserve’s tightening cycle. Analysts see the Fed Funds rate peaking just above 5% in the first half of 2023.

The gold market has seen renewed interest as there appears to be light at the end of the tunnel. Gold has seen an impressive rally in the final quarter of 2022, with prices rising 11% from a two-year low to $1,800 an ounce.

According to the results, retail investors are looking for gold prices to push to new record highs solidly above $2,000 an ounce.

This past week 1,213 respondents participated in Kitco’s online outlook survey. The average price target among the participants was $2,279 per ounce.

On the bearish side, only 111, roughly 9% of respondents saw gold prices going below $1,800 an ounce next year.

Retail investors are significantly more bullish on gold than most Wall Street analysts and financial institutions.

Bank of America is one of the most bullish on gold and, in its 2023 outlook, said the yellow metal has a path to $2,000 an ounce next year.

“Once the Federal Reserve stops raising interest rates, there should be a good market for gold,” said Michael Widmer, commodity strategist for Bank of America, in his outlook forecast.

However, most analysts are relatively neutral on the precious metal, looking for an average annual price of around $1,850 an ounce.

Analysts have said that the first half of 2023 could still be a challenging environment for the precious metal as the Federal Reserve will continue to raise interest rates. Most banks are looking for gold to rally in earnest in the second half of the year.

“There will be multiple pressures pushing gold up in 2023, either lower inflation with lower interest rates reducing the opportunity cost of holding gold, or continued inflation driven by grotesque U.S. government deficits, with a strong dollop of continuing global geopolitical disarray,” said Mark Francis, senior advisor to Canadian Securities Exchange in a comment to Kitco News.

Francis said that he sees gold prices pushing to $2,224 ounces by year-end.

News - April 30, 2022 0
Berkshire Hathaway, the Warren Buffett-run holding company and conglomerate, had a particularly good first-quarter of 2022 in its property and casualty reinsurance business, with...

FedEx's fiasco sends another sell signal. But some stocks won't be hit as hard

News - January 12, 2023 0
The Welsh government is seeking to end strikes by NHS workers in Wales by proposing a one-off payment to all health service staff worth...
© 2022 Venture Current is a Flag Media LLC Publication. All Rights Reserved.
VC is part of the FLAG Token rewards network. Clients and partners can use FLAG Tokens for VC products and services.
VC runs 'Automatic' software. Stories posted here come from generic-topic Google news RSS feeds as well as client and partner-approved content.
If a story appears on this page that needs to be deleted due to licensing issues, please message us immediately so we can help you.