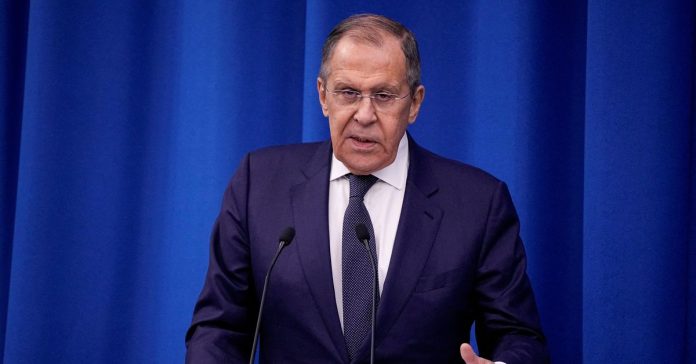 Dec 27 (Reuters) – Moscow’s proposals for settlement in Ukraine are well known to Kyiv and either Ukraine fulfils them for their own good or the Russian army will decide the issue, TASS agency quoted Russian Foreign Minister Sergei Lavrov as saying.

“Our proposals for the demilitarization and denazification of the territories controlled by the regime, the elimination of threats to Russia’s security emanating from there, including our new lands, are well known to the enemy,” the state news agency quoted Lavrov as saying late on Monday.

“The point is simple: Fulfil them for your own good. Otherwise, the issue will be decided by the Russian army.”

Moscow has been calling its invasion in Ukraine a “special military operation” to “demilitarise” and “denazify” its neighbour. Kyiv and its Western allies call it an imperial-style aggression to grab land.

In September, Moscow proclaimed it had annexed four provinces of Ukraine – Donetsk, Luhansk, Zaporizhzhia and Kherson – after holding so-called referendums that were rejected as bogus and illegal by Kyiv and its allies.

On Sunday, Russian President Vladimir Putin said Moscow was open to negotiations and blamed Kyiv and its Western backers for a lack of talks, a stance Washington has previously dismissed as posturing amid persistent Russian attacks.

Lavrov told TASS that when it comes to how long the conflict will last, “the ball is in the regime’s court and Washington behind it.”

There is no end in sight to the war, which has entered its 11th month and which has killed thousands, displaced millions and turned cities into rubble.

Kyiv has ruled out conceding any land to Russia in return for peace, and publicly demands Russia relinquish all territory. Moscow has insisted it is pursing “demilitarisation” and “denazification” but in reality its aims have not been fully defined.

5 things to know before the stock market opens Tuesday, Nov. 9

News - November 9, 2021 0
Here are the most important news, trends and analysis that investors need to start their trading day:1. Wall Street looks steady ahead of key...

News - December 28, 2021 0
Russia’s Supreme Court on Tuesday ordered the closure of Memorial, the country’s oldest civil rights group, after prosecutors accused the organisation of failing to...

News - August 27, 2021 0
NORFOLK, Va. (WAVY) — On Thursday, Norfolk Public Schools received a grant from Cox Communication to help connect families to broadband. Click here to subscribe...
© 2022 Venture Current is a Flag Media LLC Publication. All Rights Reserved.
VC is part of the FLAG Token rewards network. Clients and partners can use FLAG Tokens for VC products and services.
VC runs 'Automatic' software. Stories posted here come from generic-topic Google news RSS feeds as well as client and partner-approved content.
If a story appears on this page that needs to be deleted due to licensing issues, please message us immediately so we can help you.