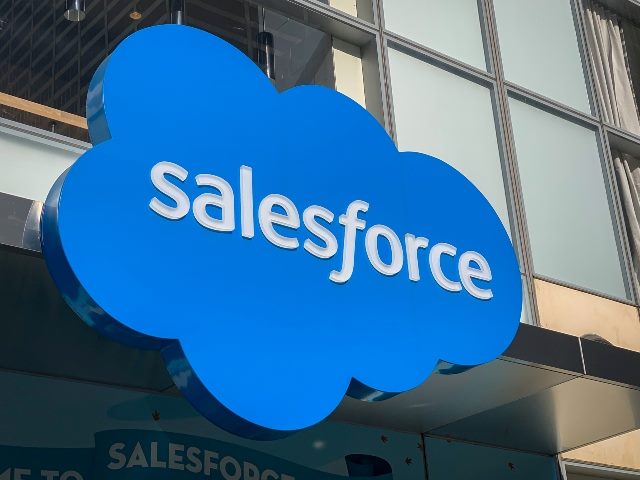 Amid a “challenging” environment, Salesforce Co-CEO Marc Benioff announced this week the company will trim 10% of its staff.

Salesforce cut 10% of its workforce, or around 8,000 employees, according to CEO Marc Benioff’s Jan. 4 letter to employees. As of October 2022, Salesforce reportedly employed 79,824 staff globally.

Benioff, who leads the customer relationship management (CRM) and marketing technology software company that bought Slack for $27.7 million two years ago, took responsibility for the layoffs.

“I’ve been thinking a lot about how we came to this moment,” Benioff wrote. “As our revenue accelerated through the pandemic, we hired too many people leading into this economic downturn we’re now facing, and I take responsibility for that.”

In the letter, Benioff advised that initially affected employees would receive an email within the hour — and promised a “generous package” for US employees to include “a minimum of nearly five months of pay, health insurance, career resources, and other benefits to help with their transition” — and said those outside the US would receive similar support in keeping with their country’s employment laws.

According to its quarterly reports, Salesforce added 25,267 more employees to its ranks since October 2020, including 10,294 additional staff hired between October 2021 and October 2022.

To meet surging demands from a public sequestered at home during COVID-19, some tech companies couldn’t recruit new staff fast enough (think Zoom). However, two years later, faced with a predicted US recession, increased labor expenses and a drop in consumer spending, many companies find themselves overstaffed for their current needs.

As 2022 ended, a flurry of layoff announcements began to circulate. Amazon announced plans to cut 10,000 jobs, Meta announced layoffs for 11,000 employees and Twitter, Zillow, Peloton, Cisco and others followed suit. Amazon executed layoffs this week — affecting 18,000 employees, the majority coming in the employee-experience-driven People, Experience, and Technology (PXT) organization — according to a Jan. 4 memo from CEO Andy Jassy.

“Adobe’s outstanding financial performance in fiscal 2022 drove record operating cash flows of $7.84 billion,” Dan Durn, executive vice president and CFO of Adobe, said in a statement. “Strong demand for our offerings, industry-leading innovation and track record of top- and bottom-line growth set us up to capture the massive opportunities in 2023 and beyond.”

But in December, Bloomberg reported Adobe eliminated about 100 jobs as a cost-cutting measure.

Further, while Oracle’s fiscal 2023 Q2 results revealed total quarterly revenues were up 18% year-over-year and up 25% in constant currency to $12.3 billion, several posts on LinkedIn confirmed Oracle layoffs in the fall. A news report had the layoff count at 200 to Oracle’s cloud unit.

Back to Salesforce. In an announcement revealing the company’s third quarter fiscal 2023 results, Benioff reported a solid quarter with revenue of $7.84 billion, up 14% year-over-year or 19% growth in constant currency. Salesforce shares fell nearly 40% last year. By Wednesday afternoon, Jan. 4, its shares rose 3.5%.

Activist investor Starboard Value, known as an advocate of corporate cost-cutting in order to raise share prices, may have also influenced the Benioff’s layoff’s decision this week. In October, CNBC reported that Starboard had taken “a significant stake” in Salesforce after Starboard CEO Jeffrey Smith noted the company has a “subpar mix of growth and profitability.” Wix, a website builder, also announced layoffs and other cost-cutting measures soon after Starboard announced a stake in it.

In a presentation on Starboard’s website, company officials note that the Salesforce share price “has underperformed its benchmark indices, its closest peers, and the broader market over the last three years” and noted that the focus of investors has shifted away from growth to profitability.

My side hustle is being an Instacart shopper

News - March 19, 2022 0
MORE and more people are coming up with ways to make extra money. Sometimes it’s a challenge while holding down a full-time job, but as...

News - April 6, 2022 0
A version of this post was originally published on TKer.co Deutsche Bank made waves on Tuesday when its economists became the first of the...

VanEck sees extreme scenario where gold is $31K and Bitcoin is $1.3 million

News - April 5, 2022 0
Editor's Note: With so much market volatility, stay on top of daily news! Get caught up in minutes...
© 2022 Venture Current is a Flag Media LLC Publication. All Rights Reserved.
VC is part of the FLAG Token rewards network. Clients and partners can use FLAG Tokens for VC products and services.
VC runs 'Automatic' software. Stories posted here come from generic-topic Google news RSS feeds as well as client and partner-approved content.
If a story appears on this page that needs to be deleted due to licensing issues, please message us immediately so we can help you.