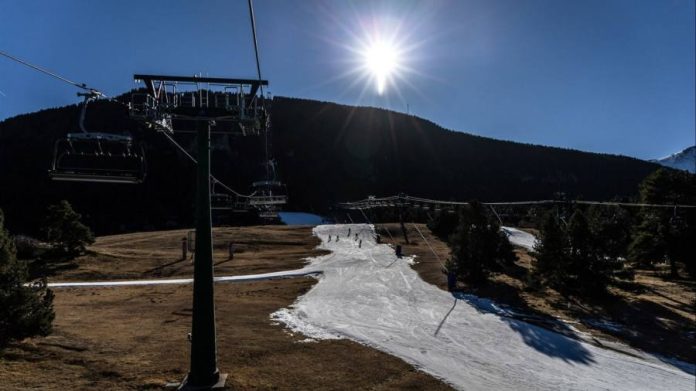 Scientists are battling to understand the effects of climate change on the wavy jet stream that has fuelled record warmth in Europe and torrential rain and snow in the western US, as extreme weather globally marks the start of 2023.

The fast moving band of air is behind many of the weather extremes experienced in recent weeks around the northern hemisphere, according to scientists.

In North America, the late December freeze from a “bomb cyclone”, or bombogenesis — an explosive storm caused by a cold air mass meeting a warm air mass — has been followed by “atmospheric rivers”, or air currents carrying moisture from the ocean, that has hit the western US states.

The weather anomalies continued into the weekend as the US National Weather Service warned of a “relentless parade of cyclones” from the Pacific that would bring more flooding rains and mountain snows to the West Coast, with the main focus across northern California.

In Europe, at least eight countries have set new record high temperatures for January so far including Poland, Latvia and Denmark.

“It’s not a coincidence that North America has had a cold spell and Europe has had a hot spell,” said Paul Williams, professor of atmospheric science at the University of Reading. “It still looks fairly wavy today, with a big wave over the US and bit of a wiggle over Europe.”

“The jet stream causes all of our weather,” said Jennifer Francis, an atmospheric scientist at Woodwell Climate Research Center. “You cannot separate those two things.”

The fast-moving bands of air that blow from west to east divide the cold air from the polar regions from the warmer air from the tropics, and typically occur in the mid-latitudes. However, the jet stream can develop deep waves, which push colder air southwards and warmer air northwards.

Those waves can remain in place for weeks at a time, bringing more extreme and unusual weather of the sort witnessed across North America and Europe.

In the southern hemisphere, it coincides with the La Niña phenomena also causing havoc. Unusually recurring for three years, the event that involves the convection of air across the Pacific Ocean has been behind floods in Australia and droughts in the Horn of Africa and South America.

The Australian Bureau of Meteorology said this week that while it saw some signs of weakening in La Niña conditions, as a result of changes in the western Pacific Ocean oscillation, climate change “continues to influence Australian and global climates.”

Global temperatures are estimated to have risen at least 1.1C since pre-industrial times.

In the middle of 2022, the jet stream configured into five big waves and led to concurrent heatwaves around the world. This pattern is known as wavenumber 5.

While scientists are clear that climate change will make extreme weather events more common and intense, the effects of the warming planet on the jet stream is less clear, and an active area of research.

One theory is that amplified warming in the Arctic is reducing the temperature difference between the hot and cold airs that the jet stream separates, which is slowing down the current and making it wavier. But that is far from the consensus.

“How exactly waves in the jet stream are changing due to climate change — there’s still a lot of uncertainty,” said Dim Coumou, a climate scientist at Vrije Universiteit Amsterdam.

Even without climate change, much of the extreme weather over the past several weeks could have occurred as a result of the wavy jet stream, according to the scientists.

Large waves in the jet stream have “always happened,” though right now “we have a very pronounced wave pattern,” said Coumou. It is “certainly too early to say that it would be outside the normal behaviour of jet stream variability,” he said.

Last week, scientists at Nasa said the recent weather extremes were connected to changes in the behaviour of the polar vortex in the Arctic, the band of strong winds above the jet stream.

The vortex had “stretched” out of its usual more circular formation, which often contributed to the jet stream becoming wavier, they said.

Adam Scaife, head of monthly to decadal prediction at the UK’s Met Office, said the warm temperatures in Europe and the UK were likely to be the result of the jet stream’s behaviour combined with the effects of climate change.

“It’s not that the waves are unprecedented, it’s that we’re now adding on extra warmth,” he said. “The same wavy pattern 100 years ago would have given us much lower temperatures.”

News - October 1, 2021 0
Cathie Wood is calling for a drop in oil prices, likening the crude market to the extinction of whale oil in the early 1900s."The...

News - January 28, 2023 0
The topic of student loans is a hotly contested one across the United States. In 2022, President Joe Biden announced that he would be...

News - October 9, 2021 0
© 2022 Venture Current is a Flag Media LLC Publication. All Rights Reserved.
VC is part of the FLAG Token rewards network. Clients and partners can use FLAG Tokens for VC products and services.
VC runs 'Automatic' software. Stories posted here come from generic-topic Google news RSS feeds as well as client and partner-approved content.
If a story appears on this page that needs to be deleted due to licensing issues, please message us immediately so we can help you.