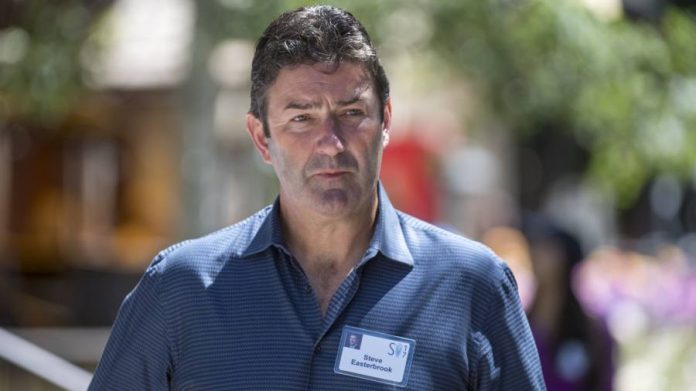 US securities regulators have charged McDonald’s and its former chief executive, Steve Easterbrook, over their termination of the British businessman’s job because of his inappropriate personal relationships with staff.

The Securities and Exchange Commission on Monday said Easterbrook had violated anti-fraud provisions of securities laws by making “false and misleading statements” to investors about the circumstances leading to his exit in November 2019.

He must pay a $400,000 civil penalty and has consented to a five-year officer and director ban, the SEC said.

The commission also reprimanded McDonald’s for initially treating Easterbrook’s termination as “without cause”, which allowed him to leave with a separation package worth more than $40mn. But it imposed no financial penalty on the company, citing its “substantial co-operation” with the investigation.

The charges cap one of the most extraordinary public feuds in corporate America. After firing the divorced executive over what he initially said was one consensual relationship, the company alleged in 2020 that he had engaged in three other “physical sexual relationships”.

He had approved a grant of shares worth hundreds of thousands of dollars to one of the women involved, it added.

Easterbrook’s lawyers initially called the company’s lawsuit over the matter “meritless”. He settled the claims in December 2021, however, admitting that he had “failed at times to uphold McDonald’s values” as the chain clawed back $105mn in cash payments and equity grants.

The SEC on Monday alleged McDonald’s knew Easterbrook had an inappropriate relationship with a subordinate, but had still approved the initial agreement that allowed him to “retain substantial equity” that would have otherwise been “forfeited”.

Easterbrook, it said, knew or was “reckless” in not knowing that failing to disclose the additional violations of company policy would influence McDonald’s disclosures to investors and the pay package related to his exit.

In a statement on Monday, the US burger chain said the SEC’s order “reinforces what we have previously said: McDonald’s held Steve Easterbrook accountable for his misconduct. We fired him, and then sued him upon learning that he lied about his behaviour.”

A lawyer for Easterbrook did not immediately respond to a request for comment.

Chris Kempczinski, Easterbrook’s successor, has sought to refocus the company on a set of values. Staff at McDonald’s, which has also faced harassment allegations from restaurant workers, are now encouraged to report misconduct by any employee, including top executives.

“When corporate officers corrupt internal processes to manage their personal reputations or line their own pockets, they breach their fundamental duties to shareholders, who are entitled to transparency and fair dealing from executives,” said Gurbir Grewal, director of the SEC’s enforcement division.

The McDonald’s board has faced shareholder criticism for its handling of Easterbrook’s termination, with Neuberger Berman and New York City pension funds among those publicly opposing the re-election of its compensation committee chair in 2021.

It continues to defend against a lawsuit from three pension funds tied to the Teamsters’ union, whose allegations it has said are without merit.

Two of five SEC commissioners did not support the move against McDonald’s, writing in a statement on Monday that it “casts” the company “as a securities law violator through a novel interpretation of the commission’s expansive executive compensation disclosure requirements”.

Republican commissioners Hester Peirce and Mark Uyeda said the charges may create a “slippery slope” that could “expand . . . disclosure requirements into unintended areas — a form of regulatory expansion through enforcement”.

The dissent hits at the core of a debate about the agency’s enforcement under Gary Gensler, the SEC chair appointed by president Joe Biden, with detractors seeking more regulatory clarity and supporters arguing rules are sufficiently clear and enforcement necessary.

News - October 15, 2021 0
From the top floors of a skyscraper that crowns the biggest New York office development since Rockefeller Center, a few hundred highly paid executives...

News - December 5, 2022 0
InfinyOn has architected a platform for data in motion that uses SmartModules to enable enterprises to program their data pipelines for real-time services....

Beijing roars to life after lockdowns, but China not out of the woods

News - December 26, 2022 0
Crowds gather to watch a band perform at the Solana mall in Beijing on Christmas Eve 2022, as the city recovers from a Covid...

News - July 1, 2022 0
Federal securities regulators and a federal grand jury in New York have subpoenaed former President Trump's social media company as part of their investigations...
© 2022 Venture Current is a Flag Media LLC Publication. All Rights Reserved.
VC is part of the FLAG Token rewards network. Clients and partners can use FLAG Tokens for VC products and services.
VC runs 'Automatic' software. Stories posted here come from generic-topic Google news RSS feeds as well as client and partner-approved content.
If a story appears on this page that needs to be deleted due to licensing issues, please message us immediately so we can help you.