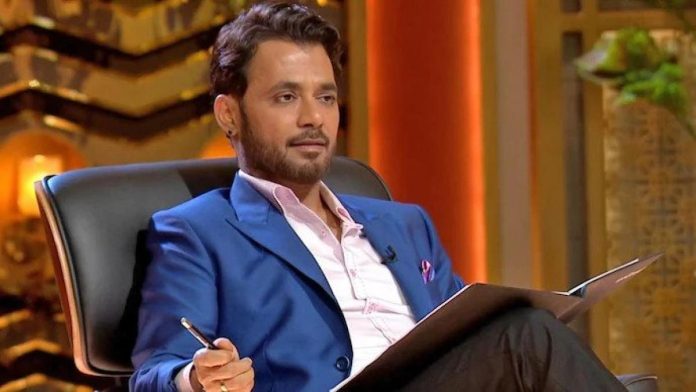 Shark Tank India Season 2 is already gaining popularity among viewers. The show, which premiered on January 2, features entrepreneurs pitching their brands to five powerful investors known as the Sharks. There was a lot of fun and entertainment during the episode that premiered on January 6. During the second pitch, it also became a little bit emotional.

However, one pitcher was able to win viewers over with his sincere sentiment. Ganesh Balakrishnan, the founder of Flatheads organic shoes, revealed that if he does not receive funding from the show, his company may close down. He became emotional and broke down while explaining that if he couldn’t get an investment, he would look for other work and restart his company when possible.

After listening to his story, Anupam Mittal even offered him a job, and the other sharks backed him up.

“This #Flatheads guy is so genuine and transparent with his story and failures. Saying that you couldn’t make it with the business on national television requires so much of guts,” a user wrote.

“Along with education & expertise, you need courage, hard work, dedication & innovation to become a great entrepreneur. Meet Mr Ganesh who has almost everything but facing bad luck & lack of support even after making products in India,” wrote another. “Today’s emotional drama was worth watching,” another tweet read.

Sharks Peyush Bansal and Vineeta Singh offered Balakrishnan a deal in which they demanded a 33.3% stake in his business, but the entrepreneur decided to follow their advice and start over instead.

Also Read: ‘Whole of India did not like it’: Recode co-founder on failing to raise funds on Shark Tank India

News - July 31, 2022 0
A drone attack at the headquarters of Russia's Black Sea Fleet wounded six people and shut down a festival marking Navy Day in the Crimean...

News - April 17, 2022 0
For more than seven weeks, invading Russian forces have drawn closer to Mariupol’s centre as they pound it with bombs, artillery and missiles fired...

News - January 13, 2022 0
Tesco said on Thursday that full-year operating profit from its retail operations would be “slightly above” its previously indicated £2.5bn-2.6bn range after a Christmas...

News - May 27, 2022 0
WELLINGTON, New Zealand (AP) — When China signed a security pact with the Solomon Islands in April it raised concerns from the U.S. and...

After meeting with Putin, Macron says the ‘risk of destabilization is increasing’

News - February 8, 2022 0
French President Emmanuel Macron and Russian President Vladimir Putin met in Moscow on Monday, but after five hours of negotiations, there was no breakthrough...
© 2022 Venture Current is a Flag Media LLC Publication. All Rights Reserved.
VC is part of the FLAG Token rewards network. Clients and partners can use FLAG Tokens for VC products and services.
VC runs 'Automatic' software. Stories posted here come from generic-topic Google news RSS feeds as well as client and partner-approved content.
If a story appears on this page that needs to be deleted due to licensing issues, please message us immediately so we can help you.