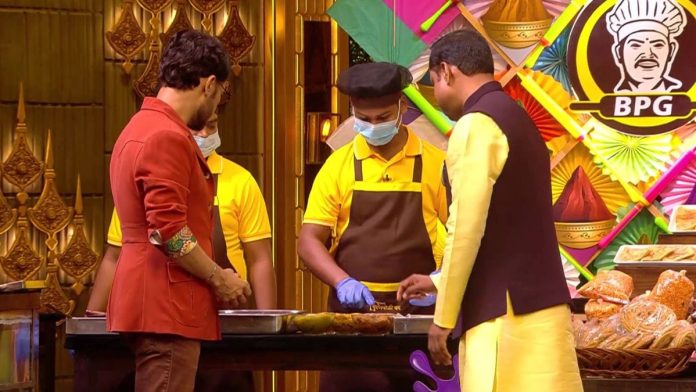 Each week, more or less, invokes the same range of emotions in the audience watching the business reality TV show. After every single episode, the first response to jump out of the viewers’ mouth is about how much they miss Ashneer Grover, founder of BharatPe, and that the other sharks are not able to live up to the competitive drive of the series.

Namita Thapar’s constant replies of staying out of a deal have garnered a fanbase all to themselves, while Vineeta Singh has time and again been coined the “Neha Kakkar of Shark Tank India“. Moreover, each pitch being backed up by an emotional storyline has added to the list of frustrating elements of the second season for the fans, who want the show to stay focussed and in sync with the business side of things.

The latest episode saw the coming in of three new businesses – TeaFit, Haqdarshak and Bhaskar’s Puranpoli Ghar. Out of these three, Haqdarshak received the majority of praises, while TeaFit’s business model was applauded by some and others accorded Bhaskar K, the founder of Puranpoli Ghar with due respect.

Despite those few positive validations, netizens have noticed that the second season of the reality show has barely introduced any innovative or “extraordinary ideas or pitches” even after the passing away of an entire week since the new season premiered. Audiences are starting to believe that it has in fact transformed into a “food review show” in disguise.

Also read: MasterChef India Season 7 Episode 6 Reactions: “The Drama is Over”; Fans Approve Getting Back on Track

Nevertheless, while Haqdarshak stayed on top as the rising symbol of the “empathetic India’s startup community”, some fans also took out the time to speak highly of Peyush Bansal, his unique perspective and the way he analyses everything. Anupam Mittal also made it to these tweets as users highlighted his knack for diving into the technical aspects head-on while raising valid queries. Lastly, Aman Gupta’s response to the first pitch by TeaFit has gathered respect as well. Thanks to him, the other sharks altered their offers as well, ultimately granting the founder of the company a better deal in the process.

News - September 1, 2022 0
Check out the companies making headlines before the bell:Hormel Foods (HRL) – Hormel fell 4.2% in the premarket after issuing a mixed batch of...

S&P 500 Resumes Downtrend In Another Volatile Week Of Trading

News - October 18, 2022 0
This article was written byFollowIronman is the alias of the blogger at Political Calculations, a site that develops, applies and presents both established and...

News - December 4, 2021 0
The broad markets turned much lower to close out the week and it was especially felt in the tech sector. ARK Funds saw another...
© 2022 Venture Current is a Flag Media LLC Publication. All Rights Reserved.
VC is part of the FLAG Token rewards network. Clients and partners can use FLAG Tokens for VC products and services.
VC runs 'Automatic' software. Stories posted here come from generic-topic Google news RSS feeds as well as client and partner-approved content.
If a story appears on this page that needs to be deleted due to licensing issues, please message us immediately so we can help you.