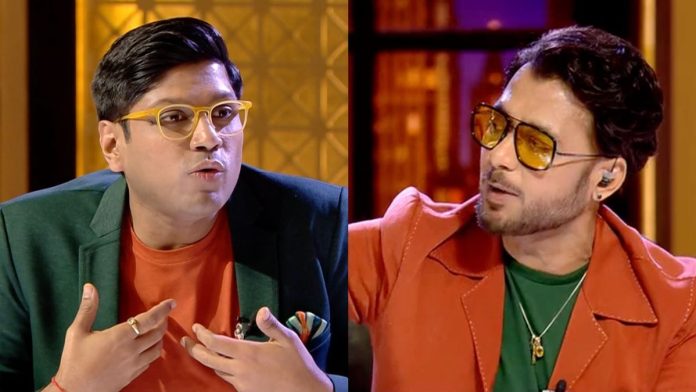 The eighth episode offered a platform to three new entries of the day – ‘Atypical Advantage’, ‘House of Chikankari’ and ‘Magic of Memories’. The first pitch itself, guided by the founder of the company, Vineet Saraiwala, is met with a lot of positive responses from the sharks owing to his drive for the social cause. However, soon after, the same leads to a rift between Anupam Mittal and Peyush Bansal, as both work out their separate offers to the company. Peyush took personal interest in the cause and passionately hoped to strike a sole deal with Vineet.

However, this raises a conflict on the platform as Anupam too had an offer of his own, but he ultimately backs out of it following a heated skirmish with Peyush. Fans have listed out their ultimatums after watching the latest episode. While some are saddened by how ‘Atypical Advantage’ lost a good business deal with Bansal. On the other hand, a few have backed up Mittal’s claims as well. No matter what side the audience has chosen to side with, they’ve all collectively agreed upon the “ego clash” ruining the ambiance.

‘House of Chikankari’s two women founders were supported by Peyush and Aman, which not only chuckled out the “two men supporting two women for Chikankari” response from Namita Thapar, but the viewers matched the same wavelength in their respective tweet reactions. Finally, the day was closed with the ‘Magic of Memories’ pitch, which has again brought in mixed opinions from the fans. While some are in awe of the business model, not having witnessed anything like it before, the remaining parties were shocked to see this unusual exhibition of jewellery on the show.

Also read: Big Bet Episode 7 Preview: When, Where and How to Watch!

News - May 11, 2022 0
New Zealand will reopen its borders two months ahead of schedule and ease immigration rules to lure skilled workers, ending more than two years...

What is monkeypox, and how can you stay safe while it spreads?

News - August 5, 2022 0
"We're prepared to take our response to the next level in addressing this virus, and we urge every American to take this virus seriously...
© 2022 Venture Current is a Flag Media LLC Publication. All Rights Reserved.
VC is part of the FLAG Token rewards network. Clients and partners can use FLAG Tokens for VC products and services.
VC runs 'Automatic' software. Stories posted here come from generic-topic Google news RSS feeds as well as client and partner-approved content.
If a story appears on this page that needs to be deleted due to licensing issues, please message us immediately so we can help you.