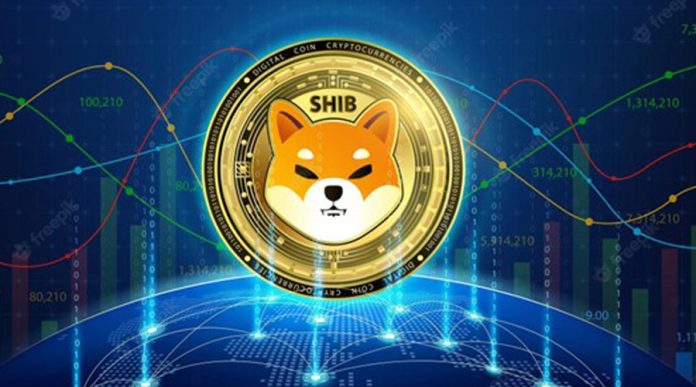 The results are almost in: Shiba Inu looks set for its lowest burn rate in 18 months.

Where does Shiba Inu go from here?

There’s a lot in store for 2023. But Shiba Inu faces tough competition from new altcoins like EverGrow which has already seen price pumps as high as 50% thanks to token burning in November.

EverGrow burned more than $250,000 of its own supply in November. It’s a lot considering the EverGrow market is just $40 million – compared to Shiba Inu’s $4.5 billion market cap.

But the small market cap makes EverGrow prime for breakout.

Prices already rose 43% in November, decoupling from its liquidity pair BNB on PancakeSwap, after dramatically reducing its supply.

How does EverGrow do it?

EverGrow is the first token in the industry to use up 100% of application revenue to burn tokens. For context, the Shiba Eternity mobile game puts just 5% of revenue towards burning SHIB.

In 2023, EverGrow will drop a crypto-integrated content subscription app, as well as an intuitive wallet with swap features. All of these are intended to increase the burn rate even further. EverGrow is burning about 10% of supply each year, while Shiba Inu is burning 0.01% annually at best.

You can buy EverGrow using BNB or BUSD here: https://evergrowegc.com/

In May this year, investors celebrated the launch of the burn portal on ShibaSwap. It was a mechanism that paid users passive income as a reward for burning Shiba Inu.

SHIB  fans burned 31 billion SHIB (worth over $260,000 at today’s prices) and it looked like the burn rate was about to explode.

But the burn portal failed to deliver.

SHIB’s lead development team headed by Shytoshi Kusama took over the burn portal in October. A blog explained the burn portal needed work – if it launches again 2023 it could be an indicator that burning Shiba Inu is back on track.

In store for 2023 is the layer-2 blockchain solution for SHIB: the Shibarium. Shytoshi Kusama confirmed that a % of revenue collected from transaction fees will be used to burn Shiba Inu.

Shibarium is one of the key developments for Shiba Inu in 2023 and positive news about burning could lead to both reductions in supply and significant price pumps.

Another MacBook killer dies without even wounding the MacBook

News - October 4, 2022 0
Once again Google has said to users of one of its services: “You screwed up. You trusted us. That’s on you.” “Google Shutting Down Stadia...

News - November 10, 2021 0
US prosecutors have charged a partner at consulting firm McKinsey with securities fraud in connection with alleged insider trading ahead of Goldman Sachs’ $2.2bn...

News - November 12, 2022 0
PHNOM PENH, Nov 12 (Reuters) - Southeast Asian heads of government were due to hold talks on Saturday with a number of visiting global...

Sam Smith to step down as FinnCap chief

News - June 21, 2022 0
Sam Smith is to step down as head of FinnCap, marking the departure of one of the few female chief executives among the City...

Turkey’s president bans US ambassador, 9 others as ‘persona non grata’

News - October 23, 2021 0
Turkish President Tayyip Erdogan said he has directed his foreign ministry to declare the U.S. envoy to Turkey a "persona non grata" in a...
© 2022 Venture Current is a Flag Media LLC Publication. All Rights Reserved.
VC is part of the FLAG Token rewards network. Clients and partners can use FLAG Tokens for VC products and services.
VC runs 'Automatic' software. Stories posted here come from generic-topic Google news RSS feeds as well as client and partner-approved content.
If a story appears on this page that needs to be deleted due to licensing issues, please message us immediately so we can help you.