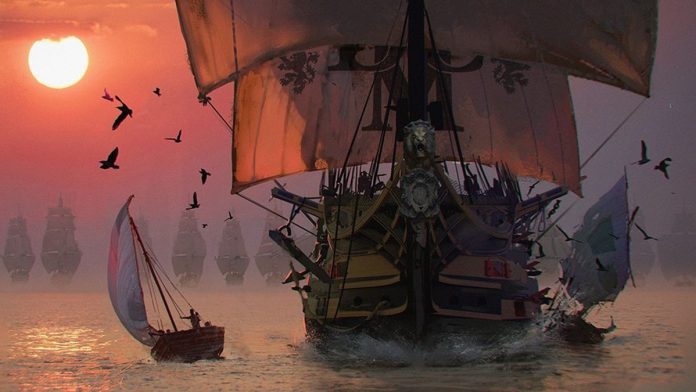 Just two days after delaying Skull and Bones (opens in new tab) yet again, this time into early 2023-24, Ubisoft has posted a new developer stream showcasing the oft-delayed pirate adventure’s “narrative gameplay.” The video takes players through an “investigation,” described by narrative director Joel Jannise as “a way to tell a story through a series of steps.”

“The player follows a trail of something that they think is going to be interesting and likely going to lead to some kind of treasure or some kind of score,” Janisse explains in the video. “But it also tells a story about our factions and our world, and we do that by finding, for example, messages in bottles, scraps of lost journals, sometimes talking to different characters in the world, and through that we’re able to tell a story.”

The investigation seen in the video is centered on a beef between a brother and sister, both of whom believe they’re the proper heir to the throne of a small kingdom. You, as a pirate, don’t particularly care about the politics of the situation, but thrones come with crowns, and crowns are worth a lot of money.

The action begins with a mission to plunder a local settlement, and this is where I start to tune out. The act of plundering is simply a matter of pulling up close enough to the port in question, pushing the “plunder” button, and then sailing around within a bounded area blasting at enemy ships while a timer ticks down, signaling the progress your off-screen crew is making.

“The fantasy here is, as we’re out here fighting and holding our ground, they’re in the settlement scampering around, stealing whatever they can get their hands on, and looking for the thing that in this case we’re looking for, which is the next clue in our investigation,” Janisse says. And I think that really nails one of my core issues with Skull and Bones: It is purely a fantasy, because I can’t partake in it—I can’t even see it happening.

The same thing happens later on in the investigation, when Janisse and senior community developer Alexis Cretton opt to investigate a shipwreck they’ve discovered: They pull up to it, push the “loot” button, and the item on board immediately appears in their inventory.

Even the sailing, the most basic, central element of Skull and Bones, doesn’t seem very impressive. Ships look light and floaty in the video, with no sense of mass or inertia, and not very reactive to the water; it’s also impossible to explore ships properly—you can’t go below decks, for instance, or into the captain’s cabin.

It all just seems so dull. My pirate fantasy isn’t to interact with menus and timers, it’s to swashbuckle! Ideally in the most ridiculous ways possible. I said after a July 2022 gameplay reveal that watching Skull and Bones just makes me want to play Sea of Thieves (opens in new tab), and that’s still very much the case. Janisse said Ubisoft has “worked really closely with historians, as well as language and culture experts, to make sure that we’re being accurate,” which is fine—but what about the fun? Skull and Bones has three different types of sea shanties to reflect the authenticity of the game’s languages and lore; Sea of Thieves lets you play your own instruments, dance, drink to excess, and vomit on your teammates.

I don’t know about you, but that’s the kind of pirate adventure I want to dive into. (And don’t worry, he’s fine. It’s a big sky adventure for Virgil!)

It’s impossible to make concrete judgments about a game based solely on videos. But Skull and Bones is drifting, Ubisoft is in trouble (opens in new tab), and at a time when it needs to put its best foot forward, this really doesn’t impress. Ubisoft said earlier this week that the most recent Skull and Bones delay “will help us in providing further polish and balancing,” but what I see in this video isn’t a lack of polish, it’s a lack of interesting gameplay.

Skull and Bones is back to having no release date, but is expected to be out early in Ubisoft 2023-24 fiscal year. That puts it sometime after April 1.

Officials seek cause of Taiwan building fire that killed 46

News - October 15, 2021 0
Officials in Taiwan are pursuing leads into the cause of a fire in a run-down mixed commercial and residential building in the port city...

Following in Merkel’s footsteps will be a daunting challenge

News - September 25, 2021 0
As Germany goes to the polls, there is no obvious successor as chancellor. Voters will have her legacy and attributes in mind, while officials...

Goldman Sachs has upgraded multiple stocks to ‘buy’ — here are 10

News - February 11, 2022 0
Main U.S. indexes finish in the red; Nasdaq down nearly 3%Washington warned Russia invasion of Ukraine could come any timeTech weakest major S&P 500...
© 2022 Venture Current is a Flag Media LLC Publication. All Rights Reserved.
VC is part of the FLAG Token rewards network. Clients and partners can use FLAG Tokens for VC products and services.
VC runs 'Automatic' software. Stories posted here come from generic-topic Google news RSS feeds as well as client and partner-approved content.
If a story appears on this page that needs to be deleted due to licensing issues, please message us immediately so we can help you.