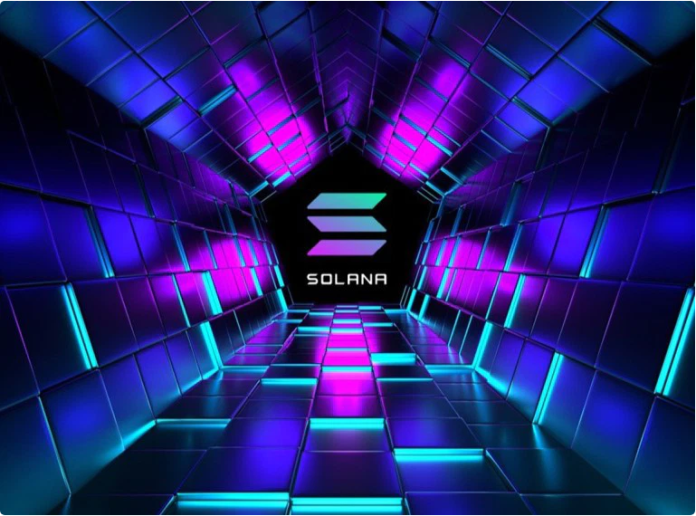 Solana has been on a freefall since the collapse of FTX and has not been able to move upwards because of the FUD (fear, uncertainty and doubt) surrounding the ecosystem and its connections with the former crypto exchange.

According to recent news, Solana’s native token SOL has dropped 51.14% since the day FTX fell from grace.

Solana: Dead Or Not Dead?

The current situation might be confusing to investors. Based on data by CoinGeko, the token shot up by 5.4% in the past 24 hours which might be a signal that investor sentiment is reversing. However, the FUD still remains strong around the ecosystem itself.

Messari released an overview of the ecosystem back on December 15. The basic gist of the overview was that Solana is still a solid ecosystem even after the collapse of the Sam Bankman-Fried-led exchange.

However, recent Santiment insight on the ecosystem shows that it might be already dead.

The most notable on-chain development for the token was the significant drop in developer activity despite a lot of projects being developed on the ecosystem.

Although it is difficult to say whether Solana as a whole is dead or near it, it is easier to say that the ecosystem is struggling to keep itself afloat because of its close ties with FTX.

What This Means For Holders Of SOL

The crypto community seems to be very bearish at the moment considering what transpired in the past weeks courtesy of some major macroeconomics news, including the spate of job cuts and bankruptcies by big crypto firms.

Those who are bullish for the ecosystem point to ETH’s crash back in 2018 and how SOL’s movement mimics this.

MANDO CT, a self-declared crypto expert, said the above on his pinned tweet.

Others try to refute the claim that Solana only blew up with the help of Bankman-Fried’s dirty money with documents which show SBF supporting competitors of Solana.

However, SOL’s price movement reflects investor sentiment on the token itself – fear, uncertainty, and doubt:

However, with several big developments like Solana Pay and the nearing launch of its own mobile phones, we might see 2023 to become a crucial part of Solana’s recovery, or a further catalyst of its downfall.

Joe Biden denies US is seeking regime change in Russia

News - March 28, 2022 0
US president Joe Biden has denied that the US is seeking to overturn Vladimir Putin’s regime after appearing to call for the ousting of...

Inside Biden’s full-court press to make amends with France

News - October 6, 2021 0
President Biden knows his administration messed up with French President Emmanuel Macron and is scrambling to make amends, three sources familiar with the internal...

News - April 18, 2022 0
US STOCKS OUTLOOK:U.S. stocks turn in mixed performance at the start of the week as rising Treasury yields reduce appetite for risk assetsS&P 500...

Homebuilders say steeper downturn is coming as buyers pull back

News - February 26, 2022 0
Source
© 2022 Venture Current is a Flag Media LLC Publication. All Rights Reserved.
VC is part of the FLAG Token rewards network. Clients and partners can use FLAG Tokens for VC products and services.
VC runs 'Automatic' software. Stories posted here come from generic-topic Google news RSS feeds as well as client and partner-approved content.
If a story appears on this page that needs to be deleted due to licensing issues, please message us immediately so we can help you.