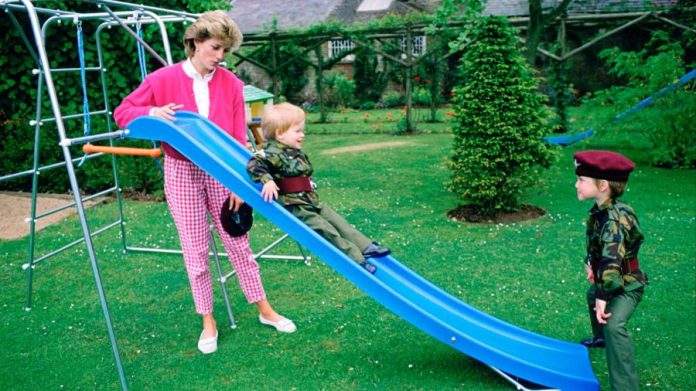 The title of Prince Harry’s much-hyped memoir is a pun. Spare refers to his role as excess royal offspring. But to go spare is to become distraught. True enough, readers will find out how Harry was born the spare and how he went spare afterwards.

You may question whether you should be reading anything more about Harry, let alone a 416-page book. I questioned whether I should add to the coverage. Here is the case for the defence. Of all Harry and Meghan’s output since they stepped down from royal duties in 2020 — the interview with Oprah Winfrey, the Spotify podcasts, the six-hour Netflix documentary — Spare is the most bearable and revelatory. In the hands of ghostwriter JR Moehringer, acclaimed for guiding Andre Agassi’s memoir Open, Harry’s story is told sensitively and at times movingly.

Arguably Spare is the most insightful royal book in a generation. It might have been even if it simply contained the prince’s bizarre account of being knocked to the floor in 2019 by his older brother — a necklace ripped, a dog bowl smashed. This is royal life, not as imagined by scriptwriters or hangers-on but as experienced by two protagonists, “Harold” and “Willy”.

Harry comes across as honest and reflective, but also angry, thin-skinned, disoriented. The source of his distress is easily located. Here is the boy who, at the age of 12, lost his mother and blamed the media for her death. He then found that his father was not only a flawed single parent but also collaborated with the very media he despised.

“He had trouble communicating, trouble listening, trouble being intimate face-to-face,” Harry writes of now King Charles. He says that his father did not hug him after telling him of his mother’s death. Nor did he do so when, years later, Harry returned safely from fighting in Afghanistan. (Charles “might” have squeezed his son’s shoulder.) Charles married Camilla despite his sons’ opposition. Harry accuses her of leaking private conversations to rehabilitate her image.

So Harry yearned more deeply for Diana. Initially he imagined that perhaps she had just gone into hiding — magical thinking echoing Joan Didion’s. He travelled through the tunnel in Paris where Diana died in 1997, later finding out that William had done the same. He turned to a woman with “powers” to contact her beyond the grave.

When his eventual wife, Meghan, became pregnant, he knew that Diana played a role: “Thank you, Mummy.” He worried that Meghan was being hounded to death by the media. Although not unjustified, the projection testified to the rawness of Diana’s death. Today he idealises Meghan as he does his mother. He is determined not to lose her.

Being the spare is hard, as various generations have shown. Harry recalls meeting Princess Margaret at a family Christmas where the Queen’s elderly and embittered sister had bought him a present, which turned out to be a biro. As a boy, Harry learnt that he was there to provide organ donations should his older brother require. He found his status increasingly demeaning. Perhaps it would have been different had he excelled at school. Instead he was “overmatched at Eton”. The army offered a reprieve, but on leaving, he suffered anxiety and panic attacks.

Harry tells how his ambitions were constantly thwarted — by his family, the press or both in tandem. He hates the clicking of a paparazzo’s camera. Successive girlfriends gave up on him, unhappy at the publicity. His family didn’t issue statements to correct what he saw as inaccurate stories. This came to a head after he met Meghan. Brace yourself for petty squabbles over tiaras and dresses.

Reading Spare, I felt nostalgic for medieval times when Harry could simply have raised an army and marched on his father and brother — instead of pointedly leaving them out of the dedication. I also wanted him to recognise the benefits of his status — communing with Elton John and Courteney Cox, flying to Botswana and the North Pole, being able to organise the Invictus Games — alongside the hardships.

Critics call Harry and Meghan hypocrites for demanding privacy while confessing their secrets. This attack is wrong. Someone can demand you don’t set fire to their garden, even when they are having a bonfire. Warren Buffett has pledged to give away his fortune, but you’re not entitled to take his car without asking.

Still, Harry discloses too much. In Spare’s acknowledgments, he thanks Moehringer for explaining the “sacred obligation” of memoir. Perhaps this obligation included detailing how he lost his virginity and, separately, suffered frostbite in his nether-regions before William’s wedding. (“What was the universe out to prove by taking my penis at the same moment it took my brother?”) But his attacks on the British press might have landed better without them, and without the revealing of so many family conversations.

Harsh interpretations are available. In the updated paperback version of Revenge: Meghan, Harry and the war between the Windsors (Blink), the biographer Tom Bower depicts Meghan in particular as a Machiavellian narcissist, who never considered the constraints of monarchy. “With Harry by my side, we can change the world,” she says to an aide. In Bower’s telling, Harry verges on arrogant and ignorant. He trawls social media for insults, and takes private jets while preaching climate concern. Bower quotes unnamed royal officials, who regularly contradict the couple’s version of internal disputes.

Spare notably does not claim that any senior royal made racist comments about Harry and Meghan’s future children. That was the clear implication from Meghan’s comments to Oprah; Harry now says the British media ran away with the story. Having complained about the Palace’s refusal to correct inaccurate stories, it’s fair to ask why he let his family be dragged through the mud.

Britain has soured on Harry, and one suspects that many potential readers won’t get past the dust jacket that describes him as “a husband, father, humanitarian, military veteran, mental wellness advocate and environmentalist”. At one point in the book, Harry reveals his preference for Americans: “Yanks didn’t beat around the bush.” American audiences may well be more sympathetic to his tales of royal fustiness.

My own sympathies were drawn to William. Spare suggests that he himself has plenty to feel angry about. He is told what to wear at his wedding; he isn’t allowed to keep his beard; he is “openly scolded” by Charles and Camilla for overshadowing them in the media. Whatever he is holding in, William largely holds things together. But then he has the advantage of a future role, and Harry does not.

One of Spare’s most telling lines is Prince Philip’s lament, aged 97: “Without work . . . everything crumbles.” Harry’s happiest moments in the book, at least before he meets Meghan, are when he is working. He writes of Afghanistan: “How abnormal is your life if that’s the first place you ever feel normal?” He and Meghan will probably have to work — they seem to need several million a year just for security — but it’s unclear that it’s a type of work that will suit the former soldier. (Bower suggests Meghan might make a Democratic politician in California.)

Many decades ago, Winston Churchill said the Queen was perfectly cast for her role. Spare asks: what happens to those royals for whom there is no role? And who would probably not be right for the role, even if it came to them? There is no good answer.

MSNBC anchor appears to downplay Bob Dole’s accomplishments after his death because of his...

Charlie Munger calls the success of Elon Musk’s Tesla a ‘minor miracle’ in the...

News - December 29, 2022 0
A video of passengers fighting on a flight over a reclining seat went viral on Wednesday, prompting a formal apology by the airline the...
© 2022 Venture Current is a Flag Media LLC Publication. All Rights Reserved.
VC is part of the FLAG Token rewards network. Clients and partners can use FLAG Tokens for VC products and services.
VC runs 'Automatic' software. Stories posted here come from generic-topic Google news RSS feeds as well as client and partner-approved content.
If a story appears on this page that needs to be deleted due to licensing issues, please message us immediately so we can help you.