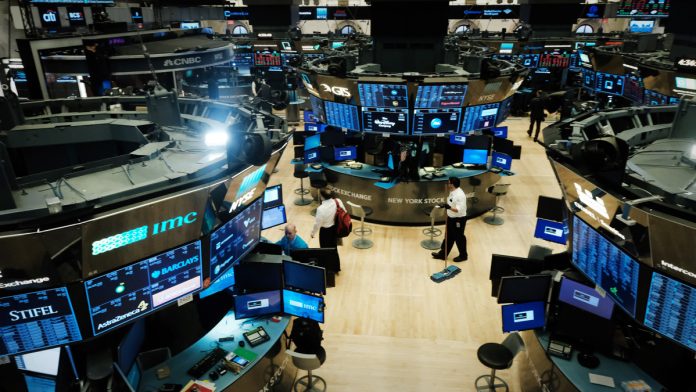 Five things you need to know before the market opens on Thursday December 29:

U.S. equity futures nudged higher Thursday, extending a pattern that has dominated markets for much of the holiday-shortened week, as investors continue to track developments in China’s Covid crisis and its impact on domestic growth prospects.

Stocks have shown modest pre-market gains for most of the week, only to turn sharply lower later in the session amid thin holiday trading volumes and broader movements in the bond market, which have digested $85 billion in new paper from 2-year and 5-year auctions over the past three days.

China’s decision to reverse many of its Covid restrictions, particularly on travel, has ignited a new wave of infections in the world’s most-populated country, potentially overwhelming its healthcare system while grinding business activity to a halt heading into the lunar new year celebrations  next month.

In the U.S., stocks were hit by both a weaker-than-expected reading for pending home sales yesterday, as well as an update from U.S. health officials that noted travelers from China will need a negative Covid test before entering the United States.

Stocks tumbled into the final hours of trading, with the Nasdaq notching its lowest closing level of the year — 10,213.29 points — and the S&P 500 falling another 1.2%.

In overnight trading, benchmark 10-year Treasury note yields held at 3.866% while the dollar index, which tracks the greenback against a basket of six global currency peers, slipped 0.18% to 104.272.

The CBOE’s Vix volatility gauge, meanwhile, rose another 2.31% in the overnight session to 22.16 points.

Heading into the start of the trading day on Wall Street, futures contracts tied to the S&P 500 are indicating a 15 point opening bell gain while those linked to the Dow Jones Industrial Average are priced for a 62 point advance. The tech-focused Nasdaq Composite is looking at an 85 point bump.

Goldman Sachs  (GS) – Get Free Report shares edged lower in pre-market trading following reports that the investment banking group is set to unveil job cuts as early as next month.

CEO David Solomon told employees in his traditional end-of-year message that a “variety of factors impacting the business landscape, including tightening monetary conditions that are slowing down economic activity” are weighing on the bank’s prospects and warned that a “headcount reduction will take place in the first half of January”.

Reports suggest as many as 4,000 jobs could be eliminated, a tally that would amount to around 8% of the bank’s global workforce.

Goldman unveiled plans to restructure is business reporting into three separate divisions — down from four — following its third quarter earnings in October. The new units will include asset and wealth management, global banking and markets and platform solutions.

Goldman shares were marked 0.06% lower in pre-market trading to indicate an opening bell price of $340.66 each.

TSMC, which is investing heavily in new chip plants in the U.S. and Japan, is looking to “maintain its technology leadership while investing significantly in Taiwan, continuing to invest and prosper with the environment,” chairman Mark Liu said.

The new Taiwan plant will produce high-end chips with 3-nanometre technology that will ultimately create end products with a collective market value of around $1.5 trillion within the next five years.

TSMC’s U.S.-listed shares were marked 1.01% lower in pre-market trading to indicate an opening bell price of $73.80 each.

Tesla  (TSLA) – Get Free Report CEO Elon Musk acknowledged what is likely to be the worst annual performance for the carmaker’s stock on record this year, telling employees late Wednesday to ignore “stock market craziness” and focus on deliveries over the final few days of the quarter.

“Please go all out for the next few days and volunteer to help deliver if at all possible. It will make a real difference!” Musk said in a company-wide email.

Tesla will publish its fourth quarter delivery figures likely within the first two days of January, with analysts looking for a record tally of around 435,000 to 450,000 units.

The group’s detailed fourth quarter earnings are expected on January 25, with forecasts pointing to an adjusted bottom line of $1.24 per share on revenues of $25.5 billion

Tesla shares, which are down more than 70% so far this year, were marked 4.8% higher in pre-market trading to indicate an opening bell price of $118.12 each.

Solana, the crypto token used on the Solana blockchain that was once backed by the disgraced Sam Bankman-Fried, continued to decline Thursday as investors exit digital coin markets in the wake of FTX’s spectacular collapse.

Bankman-Fried, who surrendered to U.S. authorities earlier this month after dropping an extradition fight from the Bahamas, is expected to enter a plea to the eight-count indictment brought against him by prosecutors in the Southern District of New York on January 3.

The 30-year old is accused of using FTX, as well as his Alameda hedge fund, to conduct a multi-year fraud of “epic proportions” that used customer funds to support risky bets, prop up other markets, purchase luxury real estate and make illegal campaign contributions.

News - March 10, 2022 0
Vice President Harris on Thursday affirmed U.S. commitment to the NATO alliance and its collective defense during a trip to Poland amid Russia’s military...

News - March 7, 2022 0
NEW YORK — (AP) — Stocks are tumbling on Wall Street Monday as another big leap for oil prices threatens to squeeze inflation’s grip...
© 2022 Venture Current is a Flag Media LLC Publication. All Rights Reserved.
VC is part of the FLAG Token rewards network. Clients and partners can use FLAG Tokens for VC products and services.
VC runs 'Automatic' software. Stories posted here come from generic-topic Google news RSS feeds as well as client and partner-approved content.
If a story appears on this page that needs to be deleted due to licensing issues, please message us immediately so we can help you.