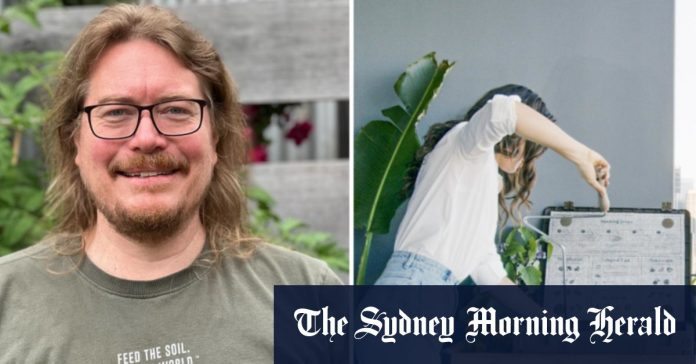 Not wanting to limit itself to the classic sustainability folk, Allan said that Subpod aims to reach out to customers in all kinds of living conditions – from apartments and houses to farms.

The way a Subpod unit works is that food waste is put into the compost unit where worms and microbes break it down. Ventilation on the side of the system is designed to keep it smell-free while the food is breaking down, and the broken-down compost can then be used as an organic fertiliser for plants.

“We’re trying to create something that works with the natural processes that are already in place. Nature has done 3.8 billion years of research and development work on how to turn organic matter and waste into a resource,” Allan said.

Since launching, Subpod has released a range of products in different sizes that can be installed in different environments, whether it’s a garden bed, grow bag or a planter.

“We released a balcony model earlier this year, called ‘modbed’, which is on wheels with one of our Subpod mini systems in the middle, so that will allow yo to compost up to 10 kilograms of food waste a week when it’s up and running, and grow some plants around the outside.”

Although there aren’t any current models for people who don’t have a balcony or outdoor space, Allan said that the team are working on the next generation of products, and are hoping to launch something suitable for indoors in the next 24 months.

With ambitious plans to grow the business into Europe, and wheels already in motion for a warehouse to be established in the Netherlands, Allan said that global demand for eco-friendly solutions to waste was driving Subpod’s expansion.

“For example, California has brought in a composting mandate where food waste has to be separated and composted rather than disposed of in landfill,” said Allan, who hopes that such initiatives will make their way to Australia.

Australia’s National Waste Policy Action Plan aims to halve the amount of organic waste sent to landfill by 2030, but this process needs to be accelerated, said Allan.

“The intentions around the FOGO (food organics and garden organics) regulations are great…but we can’t wait until 2030 to have that happening. By composting your own food waste on-site, you can be moving that goal a lot closer.”

The Business Briefing newsletter delivers major stories, exclusive coverage and expert opinion. Sign up to get it every weekday morning.

News - January 13, 2022 0
Sen. Tommy Tuberville, R-Ala., conducts a news conference in the senate subway to propose a vote on the January 6th commission today and delay...

News - October 18, 2022 0
As European telecoms executives champ at the bit to do more deals, they will be closely watching Luxembourg this week for a crucial decision...

2 ETFs To Bet On Amid Wild Uncertainty And Volatility

Traders raise bets on US inflation as commodity prices surge

News - March 9, 2022 0
Traders in US financial markets have cranked up their bets on how high inflation will soar in the coming years, complicating the Federal Reserve’s...

News - September 26, 2022 0
Pardis Mahdavi is provost of the University of Montana and the author of “Passionate Uprisings: Iran’s Sexual Revolution.”The morality police came for me exactly...
© 2022 Venture Current is a Flag Media LLC Publication. All Rights Reserved.
VC is part of the FLAG Token rewards network. Clients and partners can use FLAG Tokens for VC products and services.
VC runs 'Automatic' software. Stories posted here come from generic-topic Google news RSS feeds as well as client and partner-approved content.
If a story appears on this page that needs to be deleted due to licensing issues, please message us immediately so we can help you.