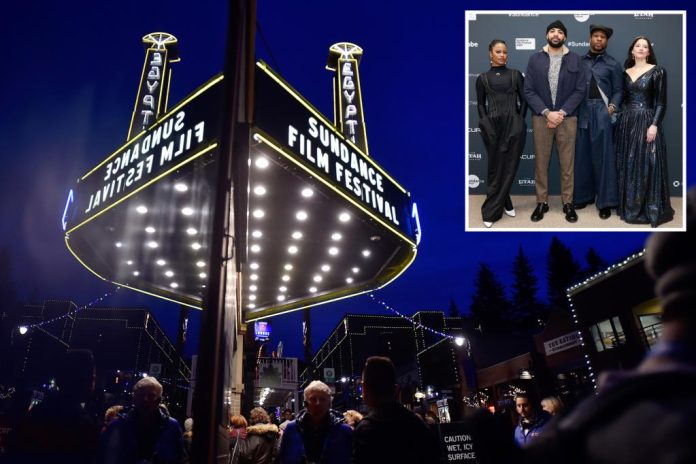 This was not the standing ovation the filmmakers wanted.

Jury members for the Sundance Film Festival’s U.S. Dramatic Competition walked out of the premiere of “Magazine Dreams” Friday after the festival failed to provide subtitles for deaf and hearing-impaired audiences — including judge Marlee Matlin, reports Variety.

Several of the judges — including Jeremy Harris, Eliza Hittman and Matlin — left the screening after Matlin’s caption device didn’t work properly. The device was later repaired, but revealed the festival’s inability to provide wider access to movies.

“We have all traveled to Utah to celebrate independent film and those who devote their lives to making them,” read a letter sent by the judges. “There’s a thrill to sit in a room with others who love films and cheer for them together and Sundance has been an important place for each of us to do that over our varied careers. The U.S. independent cinema movement began as a way to make film accessible to everyone, not just those with the most privileges among us.”

“As a jury our ability to celebrate the work that all of you have put into making these films has been disrupted by the fact that they are not accessible to all three of us,” the letter continued.

According to several sources, many jury members expressed their concerns to both Sundance and filmmakers that films that are being screened should have open captions.

“Our goal is to make all experiences (in person and online) as accessible as possible for all participants. Our accessibility efforts are, admittedly, always evolving and feedback helps drive it forward for the community as a whole,” said Sundance CEO Joana Vicente in a statement.

As of this year, Sundance has attempted to become more inclusive by hiring two ASL interpreters during opening remarks and Q and A sessions.

Festival sources said that they attempted to work around “Magazine Dreams” refusal with the malfunctioning technology. Officials also said the screen was delayed 45 minutes to “technical issues.”

Sundance said that the judges will see the film before the festival ends.

Nuclear fusion: from science fiction to ‘when, not if’

News - December 17, 2022 0
When Zoltan Tompa first presented a nuclear fusion company to his Canadian government development fund’s investment committee, he viewed the technology as a “moonshot”...

News - November 30, 2022 0
Former employees will have higher priority in the administrative process than drivers, who are contractors and considered “unsecured creditors”.Deliveroo Australia staff received an initial...

News - January 27, 2023 0
Liz Young, head of investment strategy at SoFi, warned Friday that "bright spots" so far in the corporate...

This Is One Common Tech Device I’ll Never Buy Again

News - May 6, 2022 0
France has warmly welcomed Binance’s bid to put down roots in one of Europe’s top financial centres, drawing a deep divide with watchdogs in...
© 2022 Venture Current is a Flag Media LLC Publication. All Rights Reserved.
VC is part of the FLAG Token rewards network. Clients and partners can use FLAG Tokens for VC products and services.
VC runs 'Automatic' software. Stories posted here come from generic-topic Google news RSS feeds as well as client and partner-approved content.
If a story appears on this page that needs to be deleted due to licensing issues, please message us immediately so we can help you.