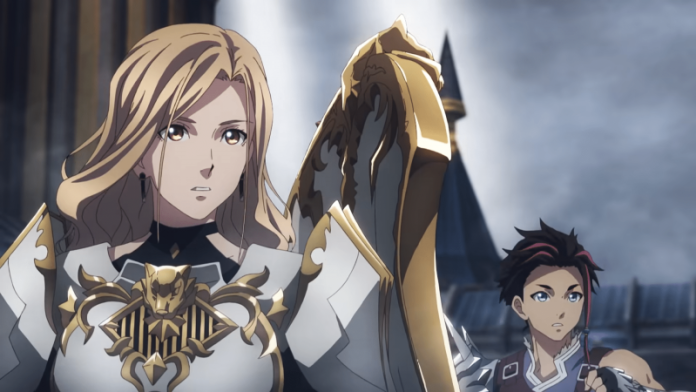 Perhaps the most thought-provoking trivia is how early on in its development, Tales of Arise was not supposed to be a “Tales of” game at all. Instead, the title was simply called “Arise,” with the intention of creating a brand-new IP developed by the Tales of team. It was such an innovative project that they weren’t sure if they should affix it to the Tales of IP.

Obviously, they ultimately decided to steer from that path, but it is potentially worth wondering how events could have drastically changed if this wasn’t a Tales of game. Tales of Arise does feel significantly different from previous entries due to its altered approach to combat, presentation, and more minute factors, so I could imagine it as not tied to the brand. Still, I’m glad it is.

Thanks to our team’s Ryuji for translating and sharing this noteworthy information.

In case you missed it, over 2,000 Tales of songs are making their way to streaming services.

Tales of Arise is available on PlayStation 5, PlayStation 4, Xbox Series X, Xbox One, and PC.

Check out our review of Tales of Arise’s PlayStation 5 version.

“Tales of Arise Beyond the Dawn” was recently trademarked in Europe.

Tales of Symphonia Remastered will launch Westward for PlayStation 4, Xbox One, Xbox Series X|S, and Nintendo Switch on February 17, 2023.

Tales of Symphonia was initially released for the Gamecube worldwide before receiving a Japanese-exclusive PlayStation 2 version that added more content. That same version would launch worldwide for PlayStation 3 and then eventually PC via Steam. This upcoming remaster is using the latest versions as the basis, though several new features are arriving, such as skippable events and improved maritime navigation.

Where to Look for the Next Wall Street Blowup

News - May 29, 2022 0
The tide’s definitely gone out in markets this year, but finance has come through with few problems—so far. Source

News - December 21, 2021 0
Stock futures opened flat on Tuesday night after the major averages rebounded from a three-day losing streak spurred by fears about the omicron Covid...

News - June 6, 2022 0
The Securities and Exchange Commission is exploring an overhaul of US stock market rules to strengthen competition and ensure individual investors are fairly treated...

ANALYSIS-As investors look to Jackson Hole, options markets see ‘a lot of nothing’

News - August 18, 2021 0
© 2022 Venture Current is a Flag Media LLC Publication. All Rights Reserved.
VC is part of the FLAG Token rewards network. Clients and partners can use FLAG Tokens for VC products and services.
VC runs 'Automatic' software. Stories posted here come from generic-topic Google news RSS feeds as well as client and partner-approved content.
If a story appears on this page that needs to be deleted due to licensing issues, please message us immediately so we can help you.