AN artificial intelligence program has created incredibly realistic images of people that ‘never existed’ – here’s what they look like.

OpenAI is an AI research lab founded by Elon Musk, Sam Altman, and several others in 2015.

The company has developed intelligent programs that can write text from descriptions in ‘natural languages’.

In recent weeks, OpenAI introduced DALL-E2 – a system that can create realistic images and art in the same way.

“DALL·E 2 has learned the relationship between images and the text used to describe them,” OpenAI officials said on the webpage.

“It uses a process called ‘diffusion,’ which starts with a pattern of random dots and gradually alters that pattern towards an image when it recognizes specific aspects of that image.” 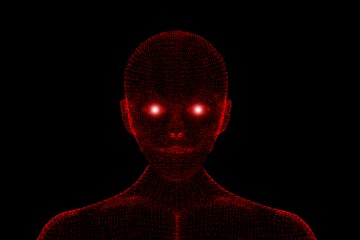 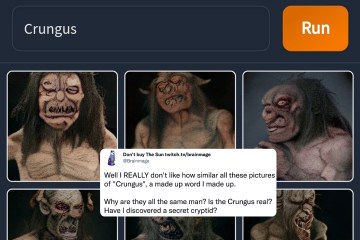 Since its inception, some have been using the technology to create hyper-realistic images of humans.

However, the program had banned users from sharing images of AI-generated humans, per The Daily Star.

As of last week, though, the ban has been lifted and one Twitter user named Patrick Clair shared images of some digitally created humans.

“DALL-E2 is actually excellent at faces. From here on, this feed will largely be machine dreams of people that never existed. Created with [OpenAI].”

“Maybe it’s just me, but I want to be able to differentiate these fakes from real photos for as long as possible,” a user tweeted back to Clair.

Another Twitter user called the software a “gamechanger”, noting that people who didn’t take the technology seriously before, should now.

“This is the birth of something that will have a massive impact on society,” they added.

People were initially banned from sharing images because the AI was creating racist and over-sexualized images of women, according to Geo.tv.

In response, new safeguards were put in place to “rejects attempts to create the likeness of any public figures, including celebrities,” according to a DALL-E2 statement shared with Vice.

Currently, DALL-E2 is in ‘closed testing’ mode and is letting only some artists and researchers try the tool.

In the meantime, people can access a similar, smaller-scale program called DALL-E Mini.

News - October 17, 2021 0
Factory owners in China and their customers worldwide have been told to prepare for power supply disruptions becoming part of life as President Xi...

News - February 20, 2022 0
Russia and Belarus will be extending military drills that were set to end on Sunday, a Belarusian defense official said, as fears that Moscow will...

News - August 28, 2021 0
Federal Reserve updatesSign up to myFT Daily Digest to be the first to know about Federal Reserve news. When Jay Powell spoke at the Jackson...

Sam Smith to step down as FinnCap chief

News - June 21, 2022 0
Sam Smith is to step down as head of FinnCap, marking the departure of one of the few female chief executives among the City...