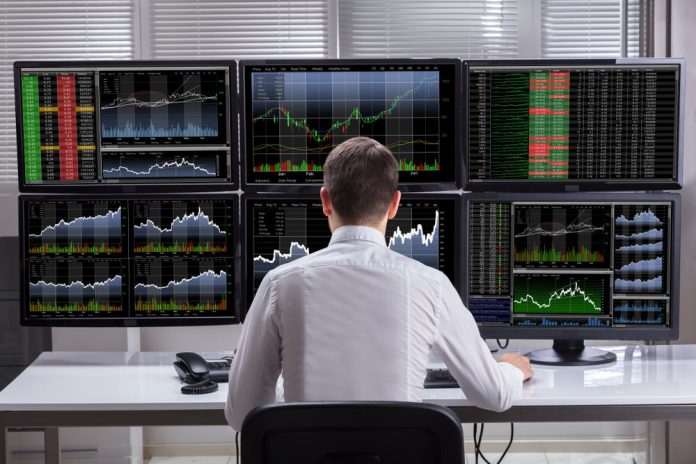 Major Wall Street indices closed over 1.2% lower on Wednesday, dragged by renewed concerns of a recession as U.S. retail sales declined by the most in 12 months, down 1.1% in December as against expectations of a fall of 0.8%. This is the second straight monthly decline in the figure. The U.S. Producers Price Index dropped more than anticipated, falling 0.5% month-on-month. The Federal Reserve’s Beige Book indicated U.S. businesses remain pessimistic about growth in the coming months. Meanwhile, here are the five stocks that are drawing retail investors’ attention:

1. Tesla Inc TSLA: Shares of Tesla closed 2.06% lower on Wednesday and lost another 1.34% in extended trading. A lawyer for Tesla investors said CEO Elon Musk had lied in 2018 when he tweeted funding was “secured” to take the company private, according to a Reuters report. Meanwhile, an attorney for Musk said the Tesla chief merely used the “wrong words” when he tweeted his plans, the report said.

Also Read: Everything You Need To Know About Amazon Stock

3. bluebird bio Inc BLUE: Shares of bluebird closed 17.24% lower on Wednesday. The company announced it had commenced an underwritten public offering of 20,000,000 shares of its common stock. The company also said it intends to grant the underwriters a 30-day option to purchase up to an additional 3,000,000 shares of its common stock to be sold in the offering.

4. Netflix Inc NFLX: Shares of Netflix ended marginally higher on Wednesday. The company is scheduled to report its fourth-quarter results Thursday after the market close. KeyBanc Capital Markets analyst raised his fourth-quarter revenue and earnings per share estimate by 2% and 50%, respectively, to $7.96 billion and $0.53. This compares to the consensus estimates for $7.82 billion in revenue and EPS of $0.44.

Read Next: Another Crypto Firm Collapses: Genesis Prepares To File For Bankruptcy

News - November 12, 2022 0
Apple introduced global price rises for the iPhone 14 range, with only China and the US escaping the hikes. Now a new iPhone 15...

Stocks Break Out. Will Recent Market Declines Restrain the Fed?

Remote island nation in Pacific under lockdown for first time

News - January 22, 2022 0
Parts of a remote island nation in the Pacific are going under a COVID-19 lockdown for the first time during the pandemic. The government of Kiribati announced on Facebook...
© 2022 Venture Current is a Flag Media LLC Publication. All Rights Reserved.
VC is part of the FLAG Token rewards network. Clients and partners can use FLAG Tokens for VC products and services.
VC runs 'Automatic' software. Stories posted here come from generic-topic Google news RSS feeds as well as client and partner-approved content.
If a story appears on this page that needs to be deleted due to licensing issues, please message us immediately so we can help you.