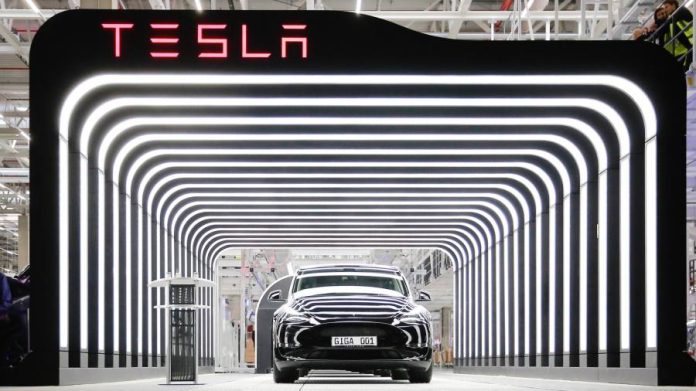 Tesla’s new vehicle deliveries fell short of Wall Street expectations in the fourth quarter, adding to worries that higher interest rates and an economic slowdown could crimp demand for the US electric carmaker’s models in 2023.

The disappointment came despite record quarterly deliveries in the latest three months, as Tesla’s new plants in Berlin and Texas continued to increase production. The company said on Monday it delivered 405,278 vehicles in the three months to the end of December, an increase of 11 per cent from the record it hit in the preceding quarter. Most analysts had expected deliveries to reach 420,000-430,000.

The late-year jump in sales meant that Tesla delivered just over 1.3mn new vehicles to customers in 2022, an increase of 40 per cent from the previous year. Chief executive Elon Musk had predicted early in the year that the company would hit its longer-range goal of expanding deliveries by 50 per cent annually, though he grew more cautious as the year wore on and the company was hit by Covid-related production shutdowns in China, supply chain challenges and early signs of weakening demand.

The latest figures showed that production exceeded deliveries by 34,423, the third quarter in a row Tesla reported excess production. In a statement, the company suggested that logistics accounted for at least part of the problem, as it “continued to transition towards a more even regional mix of vehicle builds which again led to a further increase in cars in transit at the end of the quarter”.

Tesla struggled with production and logistics challenges throughout 2022, which included the closing of its largest production plant, in Shanghai, for an extended period early in the year.

But Wall Street’s focus shifted from supply to demand late in the year as the waiting lists for its most popular vehicles shortened. In December, Tesla announced a $7,500 incentive in the US for anyone buying a Model S or Y before the end of 2022, an apparent move to shore up demand as potential customers waited for a $7,500 tax credit for electric vehicle purchases that is due to take effect in 2023.

Musk warned in December of “stormy weather ahead” as higher interest rates weighed on demand, and has been critical of what he claims is excessive monetary tightening to tame inflation.

Tesla’s shares fell 54 per cent in the final quarter of 2022 as investors worried that Musk’s Twitter takeover could present a distraction and lead him to sell more Tesla stock, and that a period of high growth and expanding profit margins for the electric carmaker was coming to an end.

News - September 15, 2021 0
Mullah Abdul Ghani Baradar had disappeared from view amid reports of a row between Taliban leaders. Source

Xbox owns Call of Duty — the war of exclusivity begins

News - August 1, 2022 0
Carol Massar and Tim Stenovec bring together the latest news from the world of business and finance and the interesting stories. Source
© 2022 Venture Current is a Flag Media LLC Publication. All Rights Reserved.
VC is part of the FLAG Token rewards network. Clients and partners can use FLAG Tokens for VC products and services.
VC runs 'Automatic' software. Stories posted here come from generic-topic Google news RSS feeds as well as client and partner-approved content.
If a story appears on this page that needs to be deleted due to licensing issues, please message us immediately so we can help you.