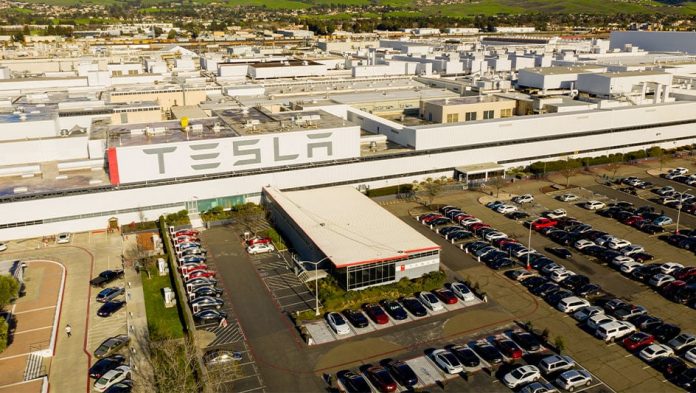 Tesla (TSLA) deliveries hit a record 405,278 in the fourth quarter, the EV giant said Monday, missing lowered forecasts despite aggressive year-end incentives. That comes after Tesla stock plunged in December and in 2022.

Analysts had expected Q4 Tesla deliveries of roughly 420,000, whittled down significantly in the past few weeks.. Tesla’s Q3 deliveries also had fallen short.

The figures do not include any Tesla Semi deliveries. Some were delivered to Pepsi in Q4

Output could have been significantly higher.

Tesla Shanghai slowed output on Dec. 12 and suspended production on Dec. 24 amid a lack of demand. Output was set to restart on Monday, but then have an extended halt from Jan. 21-30 amid the Chinese New Year.

Still, with output ramping up in Berlin and Austin, Tesla’s overall production capacity is now well above 450,000 a quarter.

Tesla offered hefty discounts in its major markets to move the metal before year-end. In China, a late October price cut was followed by discounts and insurance subsidies. In the U.S., Tesla offered $7,500 off Model 3 and Y vehicles for year-end delivery, adding Model S and X to the offer for the last two days of 2022.

If demand were red hot, Tesla deliveries could have topped 450,000 in Q4 given its production capacity and existing inventory.

It’s unclear how Tesla might adapt pricing and production as a result of the tax credits.

Several European countries have cut or eliminated EV subsidies as well, including Germany.

Tesla stock plunged 37% in December and 65% for 2022, even with a bounce at the very end of the year. Blame concerns about Tesla demand, the overall weak market for growth stocks and concerns about Elon Musk and Twitter.

Despite Tesla stock’s recent plunge, analysts are signaling it is still a strong play.

On Thursday, Piper Sandler analyst Alexander Potter wrote that “bearishly-inclined traders” and tax-loss sellers are “pouncing on every bit of incrementally negative news.”

Potter added that while Tesla growth “could easily slow” in 2023 due to a recession, rising interest rates and “tapped-out” demand, the company’s market share is not “suddenly succumbing to a wave of new competition.”

This follows Baird analyst Ben Kallo cutting his Tesla price target to 252, down from 316, on Wednesday but touting Tesla as a “Best Idea” stock for investors in 2023.

The analyst wrote that around 70% of the recent Tesla stock sell-off is due to the reaction to Musk and his involvement and focus on Twitter. Ives said if Musk refocuses on Tesla and stops selling TSLA shares, “then this stock has bottomed in our opinion and works from here.”

Top Funds Buy Into No. 1 Industry Leader Near Breakout With 364% Growth

Get An Edge In The Stock Market With IBD Digital

Lithium Stocks 2023: A Cartel On The Horizon?

News - January 21, 2023 0
Chris Hipkins is set to become New Zealand’s next prime minister after being named as the Labour party’s sole nominee to replace outgoing leader...

US and UK pledge to maintain high levels of LNG trade

News - December 7, 2022 0
The UK and US have pledged to maintain high levels of liquefied natural gas trade between the two countries as part of a new...

Retired pope asks pardon for abuse, but admits no wrongdoing

News - November 7, 2022 0
Ryanair has given further evidence of its strong recovery from the pandemic, swinging to a first-half profit and raising its full-year passenger forecast.Europe’s biggest...
© 2022 Venture Current is a Flag Media LLC Publication. All Rights Reserved.
VC is part of the FLAG Token rewards network. Clients and partners can use FLAG Tokens for VC products and services.
VC runs 'Automatic' software. Stories posted here come from generic-topic Google news RSS feeds as well as client and partner-approved content.
If a story appears on this page that needs to be deleted due to licensing issues, please message us immediately so we can help you.