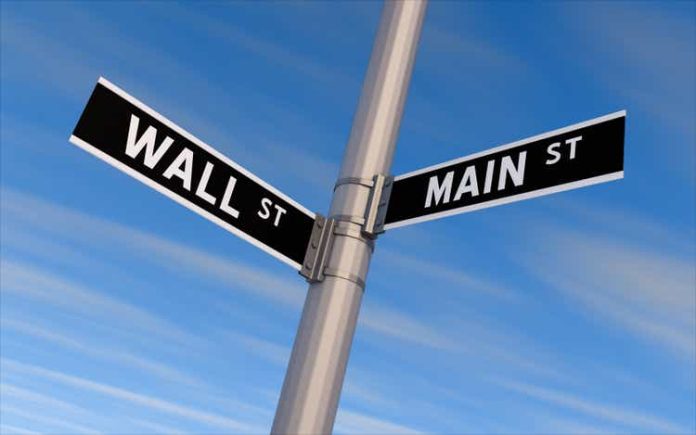 The sentiment regarding Tesla, Inc. (NASDAQ:TSLA) has been diverging between Wall Street and Main Street, as you can see from the following Survey. As one of the most hotly debated stocks, 42 analyses were published by Seeking Alpha about TSLA in the past 1 month. Only 4 recommended Strong Buy, i.e., a ratio of about 1 in 10. On the other than, a total of 34 opinions were issued by Wall Street over the same period, and a total of 14 were rating the stock as a strong buy, i.e., a ratio of almost 1 in 2.

In investing, it is a cliché to say that you usually should not go along with Wall Street ratings. However, like everything else, the key to every rule lies in the exceptions. And in the case of TSLA, at this point, I will argue for a thesis that sides with Wall Street. My main argument will be built on the following two pillars and will be elaborated on in the remainder of this article:

Most discussions on Tesla, Inc. eventually boil down to discussions on CEO Elon Musk. Most of his personalities and actions seem to be interpreted by bulls and bears in exactly opposite directions. If there is one thing both sides can agree on, it is probably his ability to always create excitement.

Some of the excitement could potentially benefit investors, like the Twitter pool back in Nov 2021. Musk asked his Twitter followers (more than 62 million of them at that time) to vote on if he should sell a large block of his TSLA shares with its prices around the $1,000~$1,200 range (before the split price). Investors could take a hint from his large sales. And despite his sales, the stock price kept hovering in this record-high range for months afterward, giving investors plenty of time to take action.

And sometimes, the excitement could hurt investors, like what we had experienced in the past few months. Back in April 2022, Musk announced a plan to acquire Twitter (another big excitement). And since then, Tesla share prices have been more than halved, dropping from the $250 level then to a bottom of ~$100. Admittedly, the overall market and its auto peers (such as Ford (F) and General Motors (GM)) suffered corrections during the same period too. However, TSLA’s corrections are much larger and more painful.

In my view, a big part of the decline was caused by the negative view the market took on Musk’s actions this time. The media (like this CNBC report) has plenty of coverage criticizing Musk for being distracted with too many things. Indeed, Musk had to sell another large chunk of his Tesla shares to finance the Twitter acquisition, had been making tough restructuring decisions as the boss of Twitter, and also taking care of SpaceX in the meantime.

Next, I will argue that the above sentiment is misplaced and also will be temporary. I will use financial metrics to form an objective evaluation of Musk’s managerial capabilities amid these above excites. And hopefully, you will see how the numbers are painting a different picture reflecting the way I see things.

Musk’s managerial capabilities by the numbers

First and foremost, you probably already know that Musk’s compensation all came from stock awards. And these stock awards are conditioned on him meeting a set of well-defined metrics (in a total of 12 tranches such as sales, market cap, and profit targets). Musk has been successful with 11 of the 12 tranches so far. This is strong evidence of his managerial and leadership capability no matter how you dice and slice these metrics.

And second, I will also argue that there is no sign of his execution capability being distracted, either. With all the excitement that the media have been enjoying lately, he has been successfully boosting the profit of TSLA, as you can see from the data. And bear in mind that the past awards few presented some of the toughest logistic and pricing environments for any business with COVID disruptions (especially in China) and also the high raw material costs caused by the Russian/Ukraine situation and also the general inflation.

To wit, Musk has led TSLA to cash positive in 2019 if you ignore the quarterly seasonality fluctuations as seen in the top panel below. Currently, TSLA generates $0.95 of free cash flow (“FCF”) per share on a quarterly basis, its historical record. At the same time, key profit metrics such as return on invested capital (“ROIC”) have steadily improved. Its ROIC current sits at 28.6%, also a historical peak. To put things under a broader perspective, the ROIC of the general economy is usually below 20% (i.e., only about 2/3 of TSLA’s) and the ROIC of “traditional” car companies is typically below 10%.

Of course, there are good ways to improve the profitability numbers. And there are bad ways. And next, we will see how Musk improved his numbers.

The knobs that Musk has turned

According to the DuPont theory, CEOs have 3 knobs that they can turn to improve profitability (either measured by ROE or ROIC): profit margin (“PM”), asset turnover ratio (“ATR”), and finally leverage. Simple math shows that profitability is the product of these three parameters:

Among these 3 knobs, PM and ATR are good knobs and leverage is the bad one (at least when a CEO leverages beyond a certain level). Both PM and ATR are the results of a company’s accumulation of technological lead, manufacturing efficiency, and also proficiency, and cost control with general administration. The next plot shows these 3 knobs under Musk’s reign in the recent past: the ATR knob (top panel), the PM knob (mid panel), and finally the leverage knob (the bottom panel).

To wit, Musk has been consistently improving the operation efficiency at TSLA, as reflected in its consistent ATR improvement (aka asset utilization). The ATR was below 0.5x back in 2019 and has steadily climbed to the current level of 1.13x. Note that 0.5x is a typical ATR again for “traditional” auto companies like Ford and GM. TSLA has displayed the same trend of strong improvement over the past few years, improving from the negatives to the current level of almost 15%. To provide some reference data points, the PM for the general economy is typically below 10% (i.e., about 1/3 lower than TSLA’s current level) and the PM for Ford and GM is both around 5% to 6% currently. And finally, leverage. Another thing that TSLA bulls and bears can agree on probably is its low debt (thanks to Musk’s ability to work with the capital market – although the bears probably won’t see it this way). Relative to its equity, the company is essentially debt free. Its financial-to-equity ratio is effective zero (0.003), more than 700 times below Ford and GM.

Investment in Tesla, Inc. certainly entails risks. As aforementioned, TSLA has been facing strong headwinds both in terms of logistic disruptions and tough cost environments. The COVID situation (especially in China) is still fluid and could impact its operations. The high raw material costs have been showing some signs of easing latterly. But the Russian/Ukraine war is still ongoing, and the general inflation is still quite high, which both could cause raw material costs and energy costs to stay elevated in the near future. Also, in terms of the “Musk risk,” he owns a large part of TSLA’s outstanding shares (about 20% in total). And he has been using his TSLA shares as collateral for personal loans and other purposes (such as the Twitter acquisition), which could trigger large price volatilities as has happened before as described in the early part of this article.

To wrap up, it is usually not a good idea to side with Wall Street ratings, which typically represent herd thinking. However, in TSLA’s case here, my view is consistent with Wall Street. More specifically, I see the negative sentiment on Musk’s actions as a main driver for the sharp decline of Tesla, Inc.’s share price in the past few months. And it should not be, in the way I see it. I see Elon Musk as an effective leader, judging by objective numerical metrics. In a nutshell, I see the current negative sentiment surrounding Tesla, Inc. as both misplaced and also temporary.

News - October 9, 2021 0
The EU must still make significant changes to the contentious Northern Ireland protocol if the arrangement is to survive, the UK’s Brexit minister will...

News - January 11, 2023 0
Britain’s FTSE 100 on Wednesday moved within striking distance of an all-time high as growing investor optimism that inflation had peaked boosted US and...

News - April 15, 2022 0
It’s been over a year since Samsung released its shiny red Galaxy Chromebook 2. Its next shot at this device is now...

News - March 16, 2022 0
Russia will default on its debt for the first time since 1998 if it tries to make interest payments on its dollar bonds in...
© 2022 Venture Current is a Flag Media LLC Publication. All Rights Reserved.
VC is part of the FLAG Token rewards network. Clients and partners can use FLAG Tokens for VC products and services.
VC runs 'Automatic' software. Stories posted here come from generic-topic Google news RSS feeds as well as client and partner-approved content.
If a story appears on this page that needs to be deleted due to licensing issues, please message us immediately so we can help you.