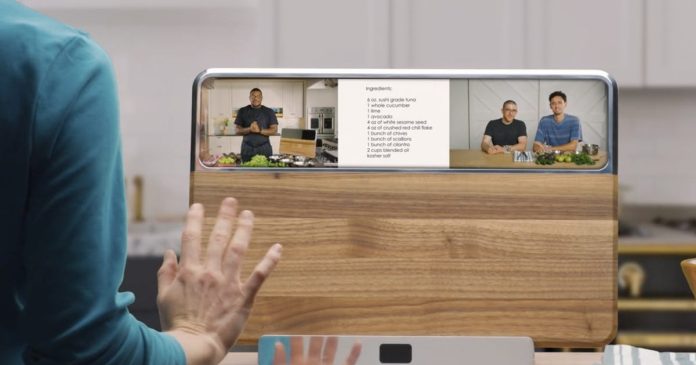 The kitchen of the future is here. LG released a fascinating, color-changing party fridge this week at CES in Las Vegas, while GE Profile dropped a $1,000 smart stand mixer. And that was just the start of kitchen innovations unveiled at the early January consumer tech showcase.

Smartphones, TVs
and cars often make the most noise at CES, but there are also always some notable home and kitchen innovations to peruse. This year has been no exception, with updates on some of our favorite kitchen tools and a few new gadgets and gizmos that aim to revolutionize how we all slice, dice, mix, simmer and sear.

Though the mixer’s high price means most of us won’t be rushing out to buy this Wi-Fi-enabled baking buddy, a few very intelligent additions to the mixer — including a genius built-in scale — make it a worthy candidate for best CES kitchen tech for 2023.

Below are all the biggest and best CES smart kitchen and cooking tech announcements so far.

A stand mixer with serious smarts

KitchenAid has had the market cornered on stand mixers, but GE Profile’s latest entry into the category has raised more than a few eyebrows. The smart mixer features a built-in scale for nailing recipe measurements. It also has Auto-Sense technology which helps the machine determine when something is finished mixing or needs more oomph, especially when working through a guided recipe.

Speaking of guided recipes, the GE Profile syncs up with the app to help you navigate dozens of recipes from measuring the ingredients all the way through to the mixing part. CNET’s Jessica Dolcourt got to try it and it just might be her favorite thing from all of CES 2023.

Finally, a fridge for party people

When 2023 began just days ago, I didn’t know I’d need a fridge that changes colors with the tap of a button and syncs with my music — but here we are. Yes, LG’s MoodUp fridge is flashy, and most of its features are completely superfluous, but not all of them.

Consider Instaview knock-to-view technology, which is not totally new but makes it so one of the front fridge-side panels becomes transparent when you nudge it, letting you see what’s inside without opening. Oh, and the fridge can sense you coming in the middle of the night, and offers some gentle light via one of the panels so you don’t step in the dog’s water while sneaking 2 a.m. bites of cheesecake.

This one will be pricey but, honestly, we’re starting to see the appeal. Read more about the LG MoodUp here.

The robots are cooking

Samsung’s new AI Wall Oven, introduced at CES 2023, is equipped with an internal camera and technology that lets you send a view of the inside of your oven straight to social media. The AI Pro Cooking algorithm can recognize up to 80 dishes and recommend an appropriate temperature, time and cooking mode, then send notifications to help prevent your food from burning.

The end of moldy bread and stale bagels?

Keeping nonrefrigerated fresh food from getting stale and growing mold has always been a problem, and the kitchen innovators at Japan’s Kaltech think they’ve unlocked an answer. The tech-forward breadbox is electric-powered and uses photocatalysis, a chemical procedure sometimes used in the decontamination of water, to keep bread and produce fresh for longer.

We have yet to test the $315 Fresh Food Keeper, which naturally has to be done over a period of a few days, but we’re on it and will report back with findings soon.

The pricey smart oven finally gets a glass door

We like the Brava just fine, but its eye-popping price makes it hard to recommend. And this latest drop from Brava will drain even more coin from your bank account.

The new $2,000 Brava Glass, which the company unveiled at CES, has all the trappings of the original $1,300 model, including the ability to air-fry, roast, bake, broil, toast, reheat, slow-cook and warm, with the addition of a glass front door so you can see the food as it cooks. Previously, food sizzling away in the Brava could only be viewed via your phone by way of a camera housed inside the cooking chamber.

Two smart cutting boards made their CES debuts this year, adding to a long list of kitchen tools that have been smartified.

The Blok is a snazzy and expensive walnut board with a detachable screen meant to beam in live or recorded cooking videos so you can work through dishes without having to look up at a tablet. It’s awfully nice to look at, but we’re not sure it’s worth the $799 upfront cost, plus a $39 monthly subscription.

A more practical version is the Versaware Smart Cutting Board. We don’t have pricing info yet, but we sure hope it will be less than the Blok. This gadget-y cutting board features a smaller, more manageable screen that is fixed to the bottom corner and walks you through recipes, providing useful information about technique, calories and nutrition.

Read more: Cutting-Edge TVs to Get Excited About at CES

News - June 25, 2022 0
Aid groups said that, in the past, Taliban authorities tried to divert aid to areas and people that supported their views.Afghanistan’s Taliban administration has...

News - October 19, 2021 0
Gas boilers could be banned in future but the government believes the market should drive changes to home heating systems, the cabinet minister Anne-Marie...

News - September 25, 2021 0
(Bloomberg) -- China Evergrande Group’s electric-car unit said there is no guarantee it can meet its financial obligations as it continues to look for...

News - April 27, 2022 0
Quitting. Sending their last Tweet. Running for the hills. Predicting doom. Just a sampling of the reactions to the news that Twitter's board accepted...

Volodymyr Zelensky says nuke war ‘could be a reality’

News - September 25, 2022 0
Ukrainian President Volodymyr Zelensky warned Sunday nuclear war “could be a reality” as Russia ramps up increasingly ominous saber-rattling threats. “He wants to scare...
© 2022 Venture Current is a Flag Media LLC Publication. All Rights Reserved.
VC is part of the FLAG Token rewards network. Clients and partners can use FLAG Tokens for VC products and services.
VC runs 'Automatic' software. Stories posted here come from generic-topic Google news RSS feeds as well as client and partner-approved content.
If a story appears on this page that needs to be deleted due to licensing issues, please message us immediately so we can help you.