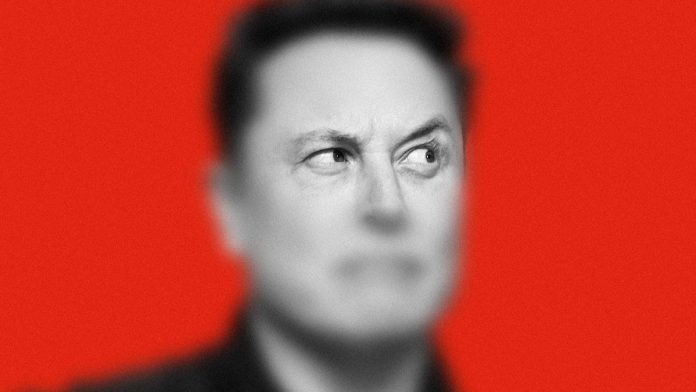 Elon Musk sold $23 billion of Tesla stock in 2022 to fund his purchase of Twitter, driving down the automaker’s stock in the process and ending his reign as the world’s richest person.

Sometimes corporate insiders could use a little liquidity, whether it’s to pay for a Premier League soccer team that’s suddenly available for rubles on the dollar, some rocketing-around money to burn in outer space, or a $44 billion social-media company that you’ve just gotta have. After rummaging through the couch cushions, selling stock is often the easiest way for a corporate bigwig to find some pocket change.

Guess which C-suite resident couldn’t wriggle out of buying Twitter and had to dump more shares of another of his companies than anyone else this year? Tesla’s head honcho sold nearly $23 billion of the automaker’s stock this year. That’s nearly 25 times more than what Larry Page, No. 2 on our list, disposed of over the same time period. Of course, selling so much comes much easier for Elon Musk. With a net worth around $150 billion, according to Forbes’ estimates, Musk has more room to spare. The sales equal just 15% of Musk’s current wealth, and just 7% of his peak net worth of around $320 billion in November 2021.

Tesla stock is down 65% this year, in no small part because of Musk’s sales and anxiety over whether Musk is too distracted running Twitter to focus on Tesla—and whether the pricey new toy will force him to sell even more stock in the future.

Musk has tried to allay fears that more selling was on the horizon. During a Twitter Spaces conversation on December 22, the billionaire said he “definitely” didn’t plan to sell any more shares “next year under any circumstances, and probably not the year thereafter” either. Take that promise with a grain of salt though. He’s made similar statements before.

For Page, the $922 million sale of Alphabet shares equated to about 1.2% of his estimated $76.7 billion net worth. Page, one of the company’s co-founders, sits on Alphabet’s board of directors. Like Musk with SpaceX, Page might be using some of that money to help fund a space odyssey. He’s a founding investor in space exploration company Planetary Resources.

Just behind Page was his compadre Sergey Brin, also an Alphabet co-founder, who sold $901 million worth of stock. Those sales were, like Page’s, equal to about 1.2% of his $73.6 billion fortune. And, also like Page, Brin has given up his executive duties while retaining a spot on the board. While Page and Musk are shooting for the stars, Brin’s money is staying a bit closer to earth. He’s behind a company that’s building zero-emission blimps.

At $599 million, Shoals Technologies Group founder Dean Solon takes fourth place. Solon struck gold by anticipating the growth of the solar industry. Tennessee-based Shoals is among the largest manufacturers of parts for the equipment that turns the sun’s rays into electricity. Parts of Solon’s sales are attributable to holding companies which he controls. Solon resigned as a member of the board in February. The share sales represented a whopping 50% of his $1.2 billion net worth.

Rounding out the list is Brad Jacobs, the founder and executive chairman of XPO Logistics, a trucking company. Jacobs, who is worth $3.7 billion, sold $589 million of XPO stock in 2022, equal to about 16% of his net worth. Jacobs left his role as the company’s CEO this year. Parts of his share sales came from his personal private equity firm, which Forbes counts when calculating his net worth.

Interpreting insider buying and selling data can often be deceptively difficult. For example, on occasion, insiders will sell shares to raise cash in order to exercise options contracts. They might end up with more shares than they initially had, but a sale is recorded nonetheless. In compiling this list, Forbes didn’t try to decipher why an insider sold, only that they did.

Finally, who counts as an insider can be in the eye of the beholder. Those who hold large amounts of shares are subject to many of the same filing requirements as executives and members of corporate boards. Investors track insider buying and selling as a signal for what the future might hold for a stock’s performance. Some will ignore non-executive or board members in their analysis. For this list, Forbes has included all individuals subject to insider filing requirements, but has eliminated investment funds. Data was collected from the beginning of the year through December 21.

The promise of the Internet: Sleep influencers and dancing to one’s death on a...

News - November 23, 2022 0
TikTokers, as F. Scott Fitzgerald might have penned, are “different from you and me.”If you are not from an era where phones had one...

News - September 23, 2022 0
Visitors walk past a Boeing board during the Farnborough Airshow, in Farnborough, on July 18, 2022.Justin Tallis | AFP | Getty ImagesCheck out the...

Netflix trailer a vulgar attempt to steal Will and Kate’s limelight – EXPRESS COMMENT...

News - December 1, 2022 0
Unleashing this promotional clip for the documentary just when the Prince and Princess of Wales are on a landmark visit to the United States...

News - February 9, 2022 0
Boris Johnson’s political woes deepened on Wednesday as he suffered a further revelation in the “partygate” scandal and strong criticism from a leading Tory...
© 2022 Venture Current is a Flag Media LLC Publication. All Rights Reserved.
VC is part of the FLAG Token rewards network. Clients and partners can use FLAG Tokens for VC products and services.
VC runs 'Automatic' software. Stories posted here come from generic-topic Google news RSS feeds as well as client and partner-approved content.
If a story appears on this page that needs to be deleted due to licensing issues, please message us immediately so we can help you.