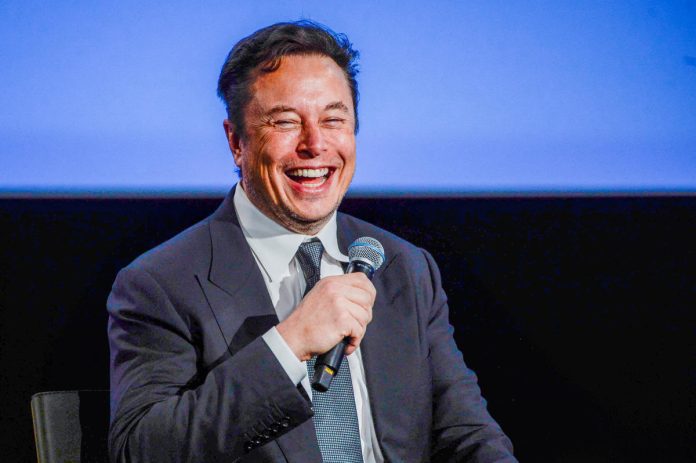 Amid the carnage that is Tesla’s stock price headed into 2023, a Wall Street bull has emerged with a reminder to all that the company remains a longer-term sustainability play.

“When we look over the next six to 12 months, and over the next multiple of years, it’s actually pretty positive for Tesla. They have an incredibly strong balance sheet to weather a recession. And on the other side, they are destined to increase their leadership in EVs, which we think are on the cusp of really penetrating penetrating the overall auto market,” Canaccord Genuity analyst George Gianarikas told Yahoo Finance Live (video above).

In a new note to clients, Gianarikas called Tesla (TSLA) a sustainability “behemoth” — pointing to leadership positions in EVs and in solar with SolarCity. The analyst sees fair value for Tesla’s stock at $275, up sizably from its current price of $123 in midday Friday trading.

Gianarikas acknowledged, however, that the near-term is uncertain on Tesla.

“The near-term is incredibly uncertain. But it’s being reflected in the stock. Sometimes stocks tend to bottom before the fundamentals do. So when we look out to the long-term, there is a lot of earnings power here. The company has lots of growth vectors, whether it’s EVs, semis, robotics — we are very positive in the long-term,” Gianarikas added.

To be sure, many other investors and analysts have lined up against bullish takes on the one-time popular momentum trade of Tesla this year.

The stock has plunged around 65% year to date, and 26% in the past month alone amid demand concerns and Musk’s unpredictable leadership over at Twitter. This week brought news Tesla will offer $7,500 discounts on Model 3 and Model Y vehicles delivered in the U.S. in December — an unexpected development that further pressured the stock price.

A number of analysts have downgraded the stock in recent days on fears of a sharp 2023 demand slowdown. Others, such as Wedbush analyst Dan Ives, continue to trim price targets on Tesla amid the stock’s precipitous fall.

“Need a leader at this time for Tesla, not Ted Striker,” former Tesla bull Ives said in a new note on Friday, referring to the pilot in the comedy film “Airplane.”

“At the same time that Tesla is cutting prices and inventory is starting to build globally in face of a likely global recession, Musk is viewed as ‘asleep at the wheel’ from a leadership perspective for Tesla at the time investors need a CEO to navigate this Category 5 storm,” Ives added. “Instead Musk is laser focused on Twitter, which has been an ongoing nightmare that never ends for investors with hopes a new CEO is picked in the coming weeks as a first step forward.”

Brian Sozzi is an editor-at-large and anchor at Yahoo Finance. Follow Sozzi on Twitter @BrianSozzi and on LinkedIn.

Click here for the latest stock market news and in-depth analysis, including events that move stocks

Janet Golden: The last time baby formula ran short, we did something to fix...

Apple jumped the gun on the eSIM, but the idea isn’t terrible

News - January 13, 2023 0
Oculus founder Palmer Luckey has revealed he was “blown away” by the PSVR 2 headset when he was able to try it out recently....

News - November 9, 2022 0
Anything World, a platform for developing interactive 3D experiences through the power of machine learning, announced today that $7.5 million has been raised in...
© 2022 Venture Current is a Flag Media LLC Publication. All Rights Reserved.
VC is part of the FLAG Token rewards network. Clients and partners can use FLAG Tokens for VC products and services.
VC runs 'Automatic' software. Stories posted here come from generic-topic Google news RSS feeds as well as client and partner-approved content.
If a story appears on this page that needs to be deleted due to licensing issues, please message us immediately so we can help you.