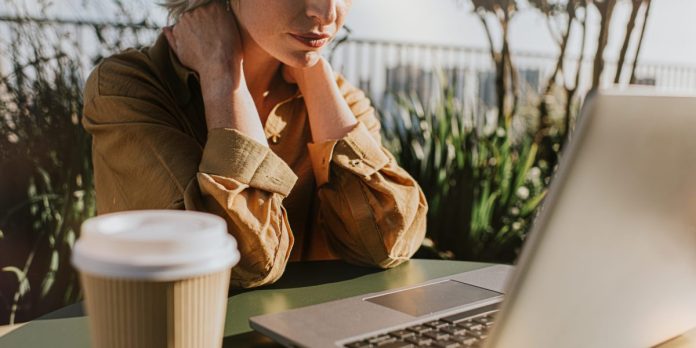 Getting laid off sucks. But the chances of it happening to you can increase depending on what industry you work in. And despite the looming threat of a recession, not all industries are impacted to the same degree during an economic downturn.

While the tech industry has made headlines with layoffs announced at several major companies recently, widespread layoffs still have remained relatively scarce over the last six months.

But other industries did experience layoffs—nearly triple the rate compared to others. The arts, entertainment, and recreation sector, in particular, had an average layoff rate of 3.1% from June to November, according to data from the Bureau of Labor Statistics. This adds up to an average of about 72,000 employees laid off per month.

The other top sectors for layoffs included construction, professional and business service—which includes jobs in accounting, engineering and computer services—and the information industry. That sector covers those working in publishing, media, and telecommunications, as well as data processing.

Tech layoffs have been very high-profile, but the jobs are spread across the professional and business services as well as information sectors. And while those industries have seen a rise in layoff rates recorded by the BLS, the spike hasn’t yet been severe. “Part of this shallow rise might be because other non-tech companies are included in this sector and are doing better on the layoff front,” Nick Bunker, economic research director for North America at the Indeed Hiring Lab, tells Fortune.

Many tech companies also typically provide several weeks of lead time and severance packages up to six months. That means the data around discharges may be delayed until after those employees exit the payroll. So while we know about the layoffs, they may not yet be appearing in the data.

Still, the number of layoffs is relatively low. “While the layoff rates in many of these industries are high compared to other industries during that time period, many of these rates are actually low compared to pre-pandemic years,” Bunker says, citing the construction industry as an example. Over the past six months, the average layoff rate in the construction sector was 1.8%, which is more than double the aggregate rate for the whole economy. But that’s less than the 2.9% average layoff rate in 2019: 2.9%.

Yet workers should still consider the level of job stability associated with each industry when entering the job market for the first time or considering a change of career, says Derek Gallimore, CEO and founder of Outsource Accelerator.

“While the difference between the percentages may at first appear small, we found that those in the arts, entertainment, and recreation industry are actually 13 times more likely to be laid off than those working for the federal government,” Gallimore adds.

So what industries tend to be more stable, even in a recession or economic downturn? LinkedIn has found that sectors like utilities, education, consumer services, and even government jobs tend to be fairly stable.

The data bears that out. Even with the market volatility, high inflation, and economic hardships during the second half of 2022, government employees saw the lowest rate of layoffs and discharges.

Health care may also be a more stable sector as well this year, Bunker says. “Health care has been a resilient sector due in part to the strong long-term demand for health services and already tight staffing in the field,” he says.

Learn how to navigate and strengthen trust in your business with The Trust Factor, a weekly newsletter examining what leaders need to succeed. Sign up here.

Tory MPs endure angry reaction from voters to No 10 parties

News - January 17, 2022 0
Conservative MPs on Monday outlined the furious backlash they had met from voters over the Downing Street parties scandal, as a new survey suggested...

UK public borrowing falls as economy bounces back from pandemic

News - May 24, 2022 0
UK public sector borrowing dropped more than expected last month and was lower than previously estimated for the latest fiscal year, giving the chancellor...

Forget cryptomining, here’s how to use your computer to do good in the world

News - January 1, 2022 0
By now, you've probably heard about cryptocurrency and cryptomining, possibly because you too want to get a piece of that sweet, sweet speculative digital...

News - July 9, 2022 0
Dear Liz: I understand your suggestion about waiting until you are 70 to apply for Social Security because you’ll get a larger amount. However,...

What is Parkinson’s Law and how can you use it to game your productivity?

News - May 7, 2022 0
Have you noticed when you have a deadline, you’re usually able to get your work done just in time? Or when you don’t have...
© 2022 Venture Current is a Flag Media LLC Publication. All Rights Reserved.
VC is part of the FLAG Token rewards network. Clients and partners can use FLAG Tokens for VC products and services.
VC runs 'Automatic' software. Stories posted here come from generic-topic Google news RSS feeds as well as client and partner-approved content.
If a story appears on this page that needs to be deleted due to licensing issues, please message us immediately so we can help you.