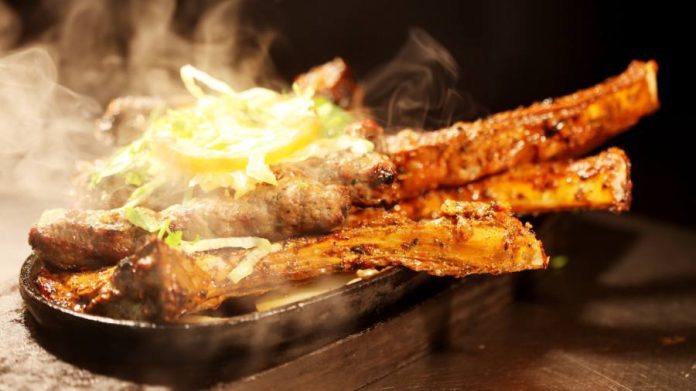 There are many restaurants serving glossy niharis and spiced lamb chops in London. None, though, have knit themselves into the city’s mythology as successfully as Tayyabs and Lahore Kebab House.

While diners flock to the Dishoom restaurants and Darjeeling Express — the latter featured in Netflix series Chef’s Table — these are new to the scene compared to the twin veterans of Whitechapel in east London. Lahore and Tayyabs celebrate their half-centenary this year: no mean feat in a city where more than 1,400 restaurants closed between June of 2021 and 2022, and rents and food prices are rocketing.

In many ways, the story of the two family-run restaurants is that of many curry houses in Britain. Both were established at a time when the garment factories that had dominated east London began to close down or relocate, forcing the Bangladeshi and Pakistani migrant workers to look elsewhere for employment.

Mohammed Siddique, who grew up in a village in Pakistan’s Punjab province and emigrated in his late teens, worked in one such factory in his early twenties before it folded. He and his two brothers then decided to set up Lahore. The canteen-style restaurant originally sat 14 and mostly served the local community. But tales of their cheap eats and roti, fresh from the tandoor oven, soon spread. Today, the venue seats more than 600 diners, and its customer base is as multicultural as London itself.

Tayyabs opts for a plush, theatrical experience (its signature dish is the lamb chops served, sizzling, on a platter), while Lahore is simple, brightly lit and white-walled. But the two restaurants have enjoyed what Jonathan Nunn, food writer and founder of the Vittles newsletter, terms a “duopoly” over Pakistani cuisine in inner London. Over the years, both have been lauded by critics, featured in food guides, and between them, won several awards.

They are also beloved of restaurateurs. Ranjit Mathrani, the co-owner of several upscale Indian restaurants including the Michelin starred Amaya, tells me that curry houses are an “anathema” to his own establishments. But on the subject of Lahore, he softens. “Don’t, please”, he says, “insult Lahore Kebab House” by calling it a curry house. He cites its emphasis on Punjabi regional cuisine as a factor in its success, and suggests it has helped shape the culture of south Asian dining in London.

Nunn agrees that neither Tayyabs nor Lahore offer the “litany” of menu options that curry houses traditionally provide. Instead, their focus has always been Punjabi cuisine, characterised by its richness and heavy spicing.

Siddique, now semi-retired but still dapper in a grey suit and tie, assures me that Lahore never added sugar to its curries to adjust for British palates as other restaurants did. The kebab house’s enduring popularity has vindicated this approach and is proof of Londoners’ appetites for authentic Punjabi cooking.

Shamil Thakrar, co-owner of the successful Dishoom chain, which serves 40,000 diners a week, tells me that when his restaurants first began serving Indian breakfasts, the idea of a morning customer rush seemed unimaginable. But, he says, the historical presence of restaurants like Lahore “made it more normal”. He adds that these eateries “perhaps opened the way for more specificity of cuisine . . . [they] did allow . . . Indian food to be more accepted”.

Today, culinary specialisation is prized. Nunn suggests that a growing interest in food, as well as globalisation, have led to “a more nuanced understanding of regional cuisines”. In the square mile of Soho alone, one can indulge in Sri Lankan food at Hoppers, sample Indochinese fare at Fatt Pundit and finish up at Veeraswamy, which boasts dishes from several Indian regions.

Growing up in Cambridge — where we suffered through our fair share of tooth-achingly sweet restaurant curries — I know that curry houses in regions with fewer migrants are more likely to compromise on authenticity. Tayyabs and Lahore, however, were assured of local Pakistani and Bangladeshi custom so could stand by their cuisine.

But their refusal to temper the flavours of their kebabs, niharis and daals has shaped the palettes of countless diners — and allowed a younger generation of restaurants to flourish in their wake.

Lesser iPhone 14 models will probably not get 120Hz screens

Random: The Original NES Zelda Has Been Recreated In VR, And It’s Glorious

News - December 15, 2022 0
Check out the companies making headlines before the bell:Tesla (TSLA) – Tesla fell 1.2% in premarket trading after an SEC filing showed that Elon...

News - August 9, 2022 0
A view of the Norwegian Encore cruise ship during its inaugural sailing from PortMiami, which took place from Nov. 21-24, 2019.Orlando Sentinel | Tribune...
© 2022 Venture Current is a Flag Media LLC Publication. All Rights Reserved.
VC is part of the FLAG Token rewards network. Clients and partners can use FLAG Tokens for VC products and services.
VC runs 'Automatic' software. Stories posted here come from generic-topic Google news RSS feeds as well as client and partner-approved content.
If a story appears on this page that needs to be deleted due to licensing issues, please message us immediately so we can help you.