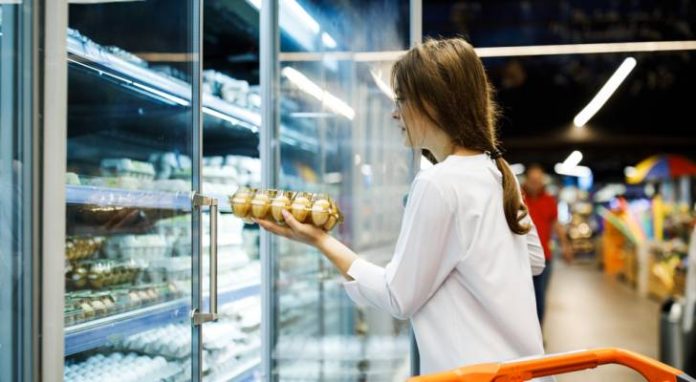 While it’s no secret that inflation has been running hot, the drastic increase in egg prices recently still took many people by surprise.

Data from the Bureau of Labor Statistics shows that the average price of a dozen large Grade A eggs in a U.S. city reached $4.250 in December 2022, more than doubling the $1.788 consumers were paying a year earlier.

Bird flu could be a main driver behind the price increase. According to the Centers for Disease Control and Prevention, a highly pathogenic avian influenza first detected in January 2022 has resulted in the death of nearly 58 million chickens and turkeys.

Others see a multitude of factors behind the rising cost of eggs.

Food prices in general have been trending up. While that’s putting a dent in household budgets, it could present an opportunity for savvy investors.

In fact, some food stocks are already helping investors buck the downtrend in the market. Here’s a look at two of them.

Cal-Maine Foods (NASDAQ:CALM) is the largest producer and distributor of shell eggs in the U.S. The company has been around since 1957 and sells most of its shell eggs in the southwestern, southeastern, mid-western and mid-Atlantic regions of the U.S.

The ongoing market downturn has hurt numerous stocks, but Cal-Maine Foods investors aren’t complaining. Shares surged 35% in the last 12 months, in stark contrast to the S&P 500’s double-digit decline over the same period.

The company also earned a record quarterly net income of $198.6 million, or $4.07 per diluted common share.

“The significantly higher selling prices, our enduring focus on cost control, and our ability to adapt to inflationary market pressures led to improved profitability overall with a gross profit margin of 39.6% for the second quarter of fiscal 2023, another record for Cal-Maine Foods,” said the company’s chief financial officer Max Bowman in a press release.

Read more: 4 simple ways to protect your money against white-hot inflation (without being a stock market genius)

Post Holdings (NYSE:POST) is a consumer packaged goods holding company. While the current company came into existence through a spin-off from Ralcorp Holdings in 2012, its history can be traced all the way back to 1895, when C.W. Post created a breakfast cereal named “Post Toasties.”

Today, the company has a portfolio of businesses, including Post Consumer Brands, Weetabix, Michael Foods and Bob Evans Farms.

The biggest growth driver was the company’s Foodservice segment, which includes primarily egg and potato products. Net sales from the segment rose $29.7%, or $479.4 million for the fiscal year.

The bottom line, though, turned out to be even more impressive. The company’s net earnings from continuing operations came in at $735.0 million for fiscal 2022 — a whopping 600.7% increase from the $104.9 million generated in the prior year.

Just like Cal-Maine Foods, Post Holdings is defying the stock market sell-off: shares have climbed 25% over the past 12 months.

What to read next

This article provides information only and should not be construed as advice. It is provided without warranty of any kind.

20% of Working Americans Regularly Run Out of Money Between Paychecks

News - February 11, 2022 0
MPs have accused the UK tax authority of not doing enough to recover billions lost through error and fraud in state Covid-19 support packages...

News - January 23, 2023 0
Are you enjoying the start of the new lunar calendar year? The Year of the Rabbit is supposed to represent hope, peace and prosperity....

News - July 18, 2022 0
A heatwave broiling Europe has moved northward to the United Kingdom and fuelled ferocious wildfires in Spain and France, where more than a dozen...

‘AWS for blockchain’ Alchemy boosts valuation to $3.5B with $250M raise – TechCrunch

News - October 28, 2021 0
Exactly six months after raising $80 million at a $505 million valuation, blockchain and Web3 development SaaS startup Alchemy has raised $250 million in...
© 2022 Venture Current is a Flag Media LLC Publication. All Rights Reserved.
VC is part of the FLAG Token rewards network. Clients and partners can use FLAG Tokens for VC products and services.
VC runs 'Automatic' software. Stories posted here come from generic-topic Google news RSS feeds as well as client and partner-approved content.
If a story appears on this page that needs to be deleted due to licensing issues, please message us immediately so we can help you.