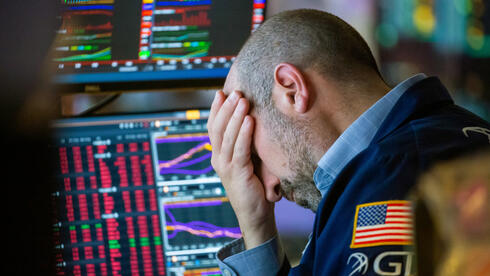 The sinkhole that swallowed more than $30 trillion from the global stock and bond markets also sucked up the feeling of wealth and optimism that characterized the world throughout the last decade. 2022 consumed all of this and spewed back everything that the world tried to repress and forget since the end of the 20th century, starting with wars and inflation. An entire generation has grown up in a world where money is free, so what it has experienced in the last year is not just another shake-up in the markets, but a profound perceptual change. The “elders of the tribe” talked about the expected outbreak of inflation throughout 2021, but it was akin to warnings of a global epidemic of the kind that Bill Gates sounded before the outbreak of the coronavirus.

Now, in the midst of one of the largest and fastest interest rate hikes in history, 2023 opens with record pessimism. Thus, for example, despite the warnings and apparent pessimism that characterized many economists already at the end of 2021, the most pessimistic forecast for 2022 was that the S&P 500 would end the year at 4,000 points. On the other hand, today, the most optimistic forecast among all those collected by the Bloomberg news agency, assumes that the index will reach 3,900 points in 2023, meaning it will do nothing.

The S&P 500 plunged 19.4% during 2022, after the slight recovery it recorded in December. The technology stocks, which have become a significant part in the index in the last two years, pulled it down, with the heavy traditional sectors actually somewhat neutralizing the influence of Tesla and Meta. For example, the S&P 500 energy index ended the best year in its history with a jump of 59%. Energy stocks were also the ones that helped the Dow Jones index, which represents traditional industry, to present the best return among the main indices when it fell by “only” 8.8% in 2022. In complete contrast to the Dow, Nasdaq, which represents technology companies, was the main victim of the rise in the price of money, collapsing by 33.1% in the past year, losing 36% from the November record of 2021 and erasing $9 trillion.

On Friday, the three leading indexes ended their worst year since 2008, when in the case of the S&P 500 it was the fourth worst year in its history, rivaling only the collapses of 1974, when the world experienced the great oil price crisis, the fall in 2002 with the bursting of the internet bubble and following the attacks of September 11, and the collapse of 2008 with the U.S. sinking into a financial crisis. Today’s forecasts are extremely pessimistic, and this is despite the statistics that state that two consecutive years of negative returns are a very rare event in history. But after all, history is interesting precisely because it consists of many rare events and there is nothing like the pandemic of 2020 and the war that is now taking place with tanks and planes in Central Europe to prove it. Warren Buffett always claims that the peak of pessimism is the time to start buying, but many investment managers admit today that they are still sitting on the fence thinking that the markets have not yet reached rock bottom.

2023 has a chance to end with a slight positive return for an almost technical reason. Without us noticing, the coronavirus also disrupted the conventional counting of years when it screeched to a halt the restraining Fed moves that were supposed to happen already in 2020, and caused it to do the opposite from the middle of that year. In fact, since then you have to look at the years differently – the first half of 2022 was a continuation of 2021, while the second half was part of 2023. Its first half was not particularly bad in terms of the companies’ performance, but the situation changed dramatically in the second half and that is what will project forward. Therefore, it seems the first half of 2023 will be negative, but in the second half, with the expectation of the interest rate increases coming to a halt in 2024, a recovery may begin.

The key to understanding 2023 lies in two assumptions. The first is that the Fed has already made most of its moves that led to the sharpest jump in history in the 10-year U.S. government bond yield from 1.5% to almost 3.9% last Friday. As of now, only one more interest rate hike is expected during the first quarter, after which the Fed is expected to suspend the increases and then change the direction of interest rates towards 2024. If in 2022 the Fed set the tone and the direction, then now the spotlight will be turned on the economy to see how hard or soft its landing will be. The second assumption is that towards the end of the first half of 2023 the information about the business situation of the companies will already be known and priced into the market, which could result in new lows.

Until now, the American economy has been surprising in its strength, and despite the rapid increase in interest rates, the companies have continued to show good business performance for the most part. This of course also has a negative side effect, since such a situation makes it difficult for inflation to subside and may lead to more interest rate increases than expected. Therefore, everyone is now eagerly awaiting the financial report season that will begin in about three weeks, in which many companies may lower their forecasts for 2023. The depth of the reductions and the music that will be heard from the conference calls with the analysts will clarify the true state of the economy, and whether the U.S. will be able to escape a real recession.

The main difficulty, which will also affect Israel, is expected at the technology companies. So far, most of them have been a pleasant surprise and presented more than reasonable growth rates despite the apocalyptic predictions that accompanied the second half of the year. However, reports from the field indicate that in recent months CFOs and CEOs were up until late at night working on the budgets for 2023, when the ultimate goal is to cut as much as possible in order to be more efficient and perhaps even profitable. The main focus was on everything that was purchased at the click of a button in software subscription agreements, the well-known SaaS that became the growth engine of high-tech companies worldwide and contributed to the rapid growth of Israeli companies as well. Now, with the renewal date of these agreements approaching at the beginning of the year, many managements have discovered that these accounts, which at first seemed small at only tens of dollars per user, have become very inflated, and many are non-essential. The cancellation notices that will accumulate at the various software providers will translate into profit warnings for 2023.

One of the most troubling signals that may project over the entire technology sector comes from the great engine of growth behind the digital transformation – the cloud. The industry has moved to the cloud, new startups don’t know anything else and traditional companies have migrated there as well, but now when examining the costs in depth, organizations discover that as they have grown in activity, their cloud costs have become astronomical. Many companies are already raising heretical thoughts about returning part of the activity to local infrastructure (on prem) to reduce costs. All the companies are talking about streamlining the use of cloud services, smarter use of resources and closer control over expenses in order to control the swelling of payments to cloud providers. These streamlining processes are a significant threat to the year ahead for the tech companies, and for a change also to the giants among them. Tight control over cloud spending is bad news for Amazon, Google (Alphabet) and Microsoft, whose rapid growth in recent years has come largely from this activity.

As the pessimism in the market deepens, the comparisons to the crisis that befell the Nasdaq after the bursting of the internet bubble are repeated. Then it took more than two years to go all the way from the peak to the bottom, which signals that apparently today we are only at the halfway mark, having experienced 13 months of decline in the Nasdaq to date.

What does Jack Dorsey have against Ethereum?

News - March 27, 2022 0
The S&P 500 ended higher as financial shares rose after the benchmark Treasury yield jumped to its highest... Source

News - September 11, 2021 0
Coming every Saturday, Hodler’s Digest will help you track every single important news story that happened this week. The best (and worst) quotes, adoption...

News - November 10, 2021 0
Mathpresso, the Seoul-based edtech company behind QANDA, an AI-based learning app for K-12 students, announced today it has added Google as a new investor. Google’s...
© 2022 Venture Current is a Flag Media LLC Publication. All Rights Reserved.
VC is part of the FLAG Token rewards network. Clients and partners can use FLAG Tokens for VC products and services.
VC runs 'Automatic' software. Stories posted here come from generic-topic Google news RSS feeds as well as client and partner-approved content.
If a story appears on this page that needs to be deleted due to licensing issues, please message us immediately so we can help you.