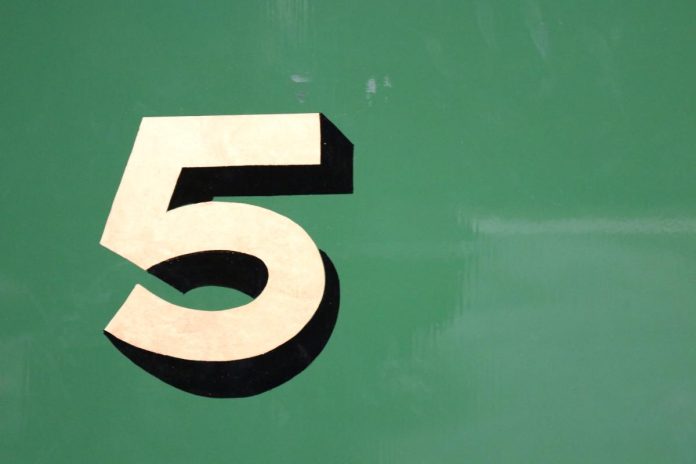 Check out all the on-demand sessions from the Intelligent Security Summit here.

While others were shopping and decorating for the holidays, VentureBeat readers didn’t check out for Christmas cheer this week. Rather, they were consuming coverage in two keys — as reflected in our Top 5 stories of the week — AI and security.

Sharon Goldman’s coverage of ChatGPT and generative AI captured the two top spots among the list of most-read stories. Goldman talked to Forrester Research’s Rowan Curran about how and why ChatGPT is having an iPhone moment.  Like the iPhone did for the smartphone, ChatGPT is changing the public consciousness around AI – generative AI, in particular.

Goldman also looks back on her first calendar year at the VentureBeat and the barrage of news in areas ranging for generative AI to AI legislation. Check out how Goldman learned to stop worrying and love AI.

Even amid the holiday season, IT leaders can’t sleep on security as is clear by the traffic Tim Keary and Louis Columbus generated with their predictions stories. Keary dug into cybersecurity predictions from Google and Microsoft, and Columbus looked at security spending forecasts for 2023 and why zero trust and cloud security top the list.

Here are the top 5 stories for the week December 19th.

Is it possible to compare this moment in the evolution of generative AI to any other technology development? According to Forrester Research AI/ML analyst Rowan Curran, it is.

“The only thing that I’ve been able to compare it to is the release of the iPhone,” he told VentureBeat. Apple’s iPhone was not the first smartphone, but it buried the competition with its touchscreen, ease of use and introduction of apps that put an entire computing experience in our pockets. The release of the original iPhone in January 2007, followed by the launch of the App Store in July 2008, ushered in a period of historic technological change, Curran explained — when the mass public learned there was an entire universe of creativity and applications they could work with.

It was my first week at VentureBeat, in mid-April. OpenAI had just released the new iteration of its text-to-image generator, DALL-E 2; our lead AI writer, Kyle Wiggers, had moved to TechCrunch before I could pick his brain, and I was panicking. I belatedly realized how little I understood about the past decade of progress in AI, from machine learning (ML) and computer vision to natural language processing (NLP). Every beat I’ve ever covered has had a learning curve, of course. But the AI beat felt like Mount Everest.

It’s no secret that cybercrime is a growth industry. Just last year, the FBI estimated that internet crime cost $6.9 billion. The worse news is that Google’s cybersecurity predictions for 2023 anticipate that this malicious economy will only continue to expand and diversify.

At times the threat landscape looks bleak, but it’s also driving greater collaboration between vendors and organizations. At least that’s what Microsoft security leaders are suggesting in their 2023 cybersecurity predictions.  VentureBeat recently connected with some of Microsoft’s top security leaders and researchers, who shared their predictions for 2023.

VentureBeat’s mission is to be a digital town square for technical decision-makers to gain knowledge about transformative enterprise technology and transact. Discover our Briefings.

News - June 18, 2022 0
Super Smash Bros. Ultimate saw partnerships with a bunch of different games and franchises, including Cuphead. Although the character wasn’t a DLC fighter, he...

News - July 11, 2022 0
Webinar: How IBM API Connect SaaS enables businesses to be more agile when it comes to digital transformations, through its integration and security...

News - August 14, 2022 0
Saudi Aramco broke its quarterly profit record set in May, as soaring energy prices driven by Russia’s invasion of Ukraine deliver windfalls to refiners.Net...
© 2022 Venture Current is a Flag Media LLC Publication. All Rights Reserved.
VC is part of the FLAG Token rewards network. Clients and partners can use FLAG Tokens for VC products and services.
VC runs 'Automatic' software. Stories posted here come from generic-topic Google news RSS feeds as well as client and partner-approved content.
If a story appears on this page that needs to be deleted due to licensing issues, please message us immediately so we can help you.