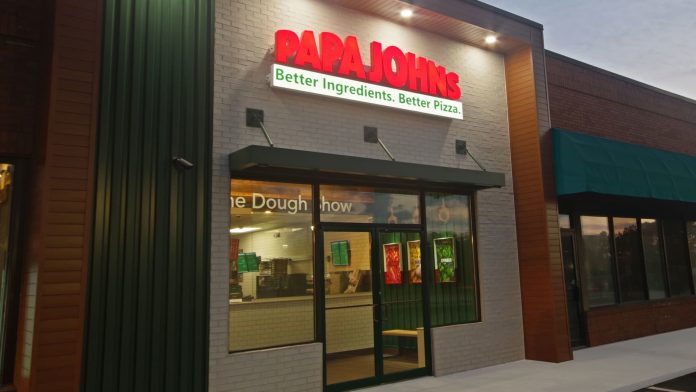 We step into the new year with a largely unchanged macroeconomic backdrop and a recession waiting for us. However, investors can maintain a healthy portfolio if they keep a longer-term view, shutting out all the noise.

In that context, we kickstart 2023 with five stocks picked by Wall Street’s top analysts, according to TipRanks, a service that ranks analysts based on their past performance.

Earlier in December, the company announced that its president and chief executive officer, Caren Mason, is retiring by the end of the month. Mason will be succeeded by Thomas Frinzi, who has earlier served as head of Johnson & Johnson’s vision unit and president of Abbott Medical Optics. Zimmerman said the appointment of Frinzi can appease investors, thanks to having 40 years of experience in medical optics. (See Staar Surgical Hedge Fund Trading Activity on TipRanks)​

The analyst is also upbeat about the demand environment for STAAR’s products across different time periods. “Next-gen lenses to new markets should drive near-term growth, while expanded indications, presbyopia, and cataract companion drive long-term growth,” noted Zimmerman, who reiterated a buy rating on the stock with a price target of $80.

Zimmerman ranks No. 861 among more than 8,000 analysts tracked on TipRanks. Moreover, 44% of his ratings have been profitable, with each rating generating 7.2% average returns.

Quick-service pizza chain Papa John’s (PZZA) stock has depreciated significantly this year due to challenges in the U.K. and inflationary pressures, but its longer-term outlook remains resilient. BTIG analyst Peter Saleh noted that during these times when inflation is high and a recession is on the horizon, lower-income consumers are spending less on eating out. Therefore, Papa John’s value offerings like Papa Pairings are attracting new lower-income guests.

After surveying more than 1,000 Papa John’s customers, Saleh found that only a low-single-digit percentage of them find the menu prices too expensive, even after the company raised prices by 3-4 times in 2022. Encouraged by these trends, the analyst mildly raised his 4Q22 domestic same-store sales expectations. (See Papa John’s International Insider Trading Activity on TipRanks)

Saleh reiterated a buy rating on the stock with a price target of $100. “We believe new leadership has the right strategies in place to engineer a turnaround; these efforts have already translated into better operating efficiency, stronger franchisee alignment, and improved net unit growth, and we expect these will continue to build in 2022/23. We see several near- and long-term levers to drive shareholder value that have started to unfold and will allow Papa John’s to again outperform peers, leading to our Buy rating,” said Saleh.

Saleh has a 524th position among more than 8,000 analysts on TipRanks. Each of his 59% successful ratings has garnered an average return of 10.3%.

The next on our list is Monness Crespi Hardt analyst Brian White’s stock pick, Alphabet (GOOGL), which has proved to be more resilient than its peers in the digital ad market this year. Moreover, the company could mitigate impact on its business with the help of strong growth in Google Cloud.

White said as “a challenging year nears an end, but harrowing headwinds persist in 2023,” Alphabet has started to reduce its expenditures to be better prepared. (See Alphabet Class A Stock Chart on TipRanks)

“In our view, Alphabet is well positioned to capitalize on the long-term digital ad trend, participate in the shift of workloads to the cloud, and benefit from digital transformation,” said White, justifying his stance on Alphabet’s prospects for 2023. He reiterated a buy rating on the stock with a price target of $135.

The analyst noted that Alphabet has delivered 23% sales growth per annum and 27% operating profits over the last five years. Along with a dominant position in the search engine area with leadership in digital advertising, White believes that the stock should trade at a healthy premium to the technology sector in the long run.

White, a 5-star analyst on TipRanks, stands at No. 71 among more than 8,000 tracked analysts. Moreover, 62% of his ratings have been profitable, with each rating delivering an average return of 17.2%.

Wireless and wireline communications services Verizon (VZ) is another name on our top-5 list this week. One of the picks of 5-star analyst Ivan Feinseth of Tigress Financial Partners, Verizon is well-positioned to gain from ongoing 5G wireless subscription growth as well as new growth opportunities in fiber and fixed broadband connectivity.

Feinseth expects that its “size advantage” and prospects in the rapid deployment of high-speed 5G connectivity in the U.S. should fuel further growth in wireless subscribers. (See Verizon Stock Investors sentiment on TipRanks)

Verizon boasts of a strong balance sheet and cash flow generating abilities that allow the company to invest in spectrum expansion and other growth initiatives. Moreover, a healthy financial position helps the company maintain a compelling dividend yield and consistent dividend hikes.

“VZ’s expected generation of $54.53 billion in Economic Operating Cash Flow (EBITDAR) over the near-term provides it with significant cash to fund its 5G high-speed network rollout, spectrum purchases, other growth initiatives, strategic acquisitions, and ongoing dividend increases,” said Feinseth, who holds the 283rd position among more than 8,000 analysts on TipRanks.

The analyst reiterated a buy rating and price target of $64 (adjusted lower from $68) on VZ stock.

Remarkably, 58% of Feinseth’s ratings have generated profits, and each rating has brought a 10.3% average return.

Despite lowering his price target to $365 from $575, the company is well-poised to profit from gradual increase in enterprise IT spending when companies adopt MongoDB’s highly customizable and scalable Database as a Service, Feinseth said. (See MongoDB Website Traffic on TipRanks)

“The rapid acceleration of hosted and hybrid cloud migration is driving increasing demands for scalable, customizable, and developer-friendly database architectures that will continue to drive growth in MDB’s subscription-based revenue model. This will drive an ongoing acceleration in Business Performance trends, which will drive an increasing Return on Capital (ROC), leading to significant gains in Economic Profit and long-term shareholder value creation,” said Feinseth, justifying his stance on MDB stock.

European stocks jump after Russia says some troops returning to base

News - February 15, 2022 0
Wall Street stock futures and European shares rallied, while oil prices fell, after Russia said it had withdrawn some troops from the Ukraine border...

News - October 10, 2021 0
Czech president Milos Zeman was rushed to hospital on Sunday, as his poor health threatened to complicate the process of forming a new government...

Social Security payment: Monthly benefit check worth up to $1,657 to be sent out...

News - October 1, 2022 0
Those...
© 2022 Venture Current is a Flag Media LLC Publication. All Rights Reserved.
VC is part of the FLAG Token rewards network. Clients and partners can use FLAG Tokens for VC products and services.
VC runs 'Automatic' software. Stories posted here come from generic-topic Google news RSS feeds as well as client and partner-approved content.
If a story appears on this page that needs to be deleted due to licensing issues, please message us immediately so we can help you.