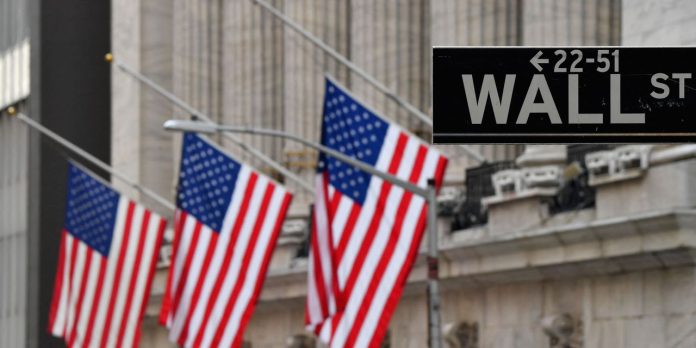 U.S. stock futures rose on Wednesday ahead of a busy few days of top drawer economic data and commentary.

How are stock-index futures trading

Equity futures were firmer as traders awaited a flurry of U.S data in coming sessions that may test the market’s hopes that the Federal Reserve is near the end of its monetary tightening cycle.

On Wednesday the December ISM manufacturing index will be published alongside job opening figures for November, both due at 10 a.m. Eastern. Then at 2 p.m. the Fed will release the minutes of its December policy meeting.

The next day sees the ADP employment report, initial jobless claims and a survey of the services sector, while Friday will deliver another services index and the always eagerly anticipated nonfarm payrolls report. Several Fed officials also will be making comments.

Equity bulls will be hoping that all together the rash of reports will show an economy that is showing signs of cooling, though not too much, and this will allow the U.S. central bank to slow the pace of interest rate rises.

“The market continues to price in the likelihood of a further 0.25% interest rate rise from the Fed in February, with a terminal rate of around 5% later in the year,” said Richard Hunter, head of Markets at Interactive Investor.

“As time progresses and the time lag from previous rate rises diminishes, the full effects of the tightening should become clearer, with the major concern remaining that the aggressive hiking policy so far could tip the world’s largest economy into recession.” Hunter added.

The positive tone on Wednesday was being helped by a 2.9% jump for Hong Kong’s Hang Seng
HSI,

following reports that Beijing was considering further support for China’s embattled property sector, according to Bloomberg.

However, Mark Newton, head of technical strategy at Fundstrat, noted that the stock market’s first day of trading after the New Year break – particularly the poor performance of some big tech stocks like Apple
AAPL,

– did not bode well. Apple was downgrade by Exane BNP Paribas on Tuesday to neutral.

“Yet, the downward tug of large-cap technology along with bearish cycle projections for January still argue that the path of least resistance might be lower over the next couple weeks before any low is in place. However, this doesn’t imply that October lows have to be tested or broken right away,” Newton added.

News - January 15, 2022 0
At first blush, it looks like just a little bit of an overreaction. Investor Terry Smith mocked socially-conscious Unilever for defining the “purpose” of...

News - November 28, 2022 0
Demonstrators against Covid restrictions hold blank sheets of paper during a protest in Beijing in the early hours of Monday, Nov. 28.Bloomberg | Bloomberg...

News - December 22, 2021 0
Update 1:37PM ET, December 22nd: Best Buy has sold out of consoles for now. Microsoft’s Xbox Series X keeps coming and going, but...
© 2022 Venture Current is a Flag Media LLC Publication. All Rights Reserved.
VC is part of the FLAG Token rewards network. Clients and partners can use FLAG Tokens for VC products and services.
VC runs 'Automatic' software. Stories posted here come from generic-topic Google news RSS feeds as well as client and partner-approved content.
If a story appears on this page that needs to be deleted due to licensing issues, please message us immediately so we can help you.